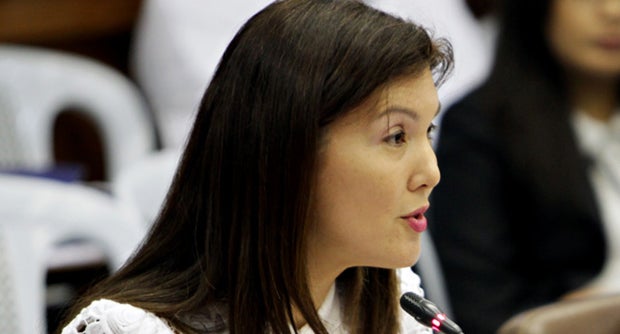 MANILA, Philippines–Since some of its nominees for the National Artist Award had been rejected by Malacañang, the National Commission on Culture and the Arts (NCCA) may need to revisit the criteria for choosing national artists in order to tighten these or address any loopholes, said Sen. Pia Cayetano.

Cayetano, who chairs the Senate committee on education, arts and culture, is part of the NCCA board that, with the Cultural Center of the Philippines (CCP), submitted a list of national artist nominees for President Aquino’s approval.

Cayetano noted that Aquino’s refusal to confer the honor on actress Nora Aunor because of her alleged history of drug use, was the second time that a President has rebuffed a nominee of the commission.

In 2009, then President Gloria Macapagal-Arroyo added four new names to the list of national artist awardees, after rejecting one of the NCCA’s recommendations. The Supreme Court eventually invalidated the addition of the four names, but upheld Arroyo’s decision to reject one of the NCCA’s nominees.

Cayetano said that if the President’s concerns sideline the NCCA’s recommendations, the latter could take a look at its rules and possibly revise these or add more guidelines in order to address the issues raised by the President.

“It’s something I will take up with them. I don’t know how they will react to it, but it’s something I will say. Why don’t we look at our rules and see what other guidelines we should look at that are also used as a basis by the President in reviewing our work,” she told reporters.

Asked if removing the presidential prerogative in determining national artists could also be studied, she said that was a good issue.

“We might as well look at all of those things because this is the second time,” she said.

“Let’s see how we can tighten [the rules] because it doesn’t look nice that [the NCCA] is overruled. I’m not an art expert, but the people I sit with are,” she added.

Cayetano also said that in coming up with the list of nominees for the National Artist Award, she and the NCCA had also considered Aunor’s drug history, which was public knowledge.

According to her, the rules did not include the requirement that any person to be considered a national artist must be of good moral character.

“When we were discussing that, we said if we follow the rules, the rules don’t provide that the good moral character of the person has to be included in the decision. So it was a collective decision at that time, at that level, that regardless of your personal feelings of her involvement in drugs, that was not included in the rules,” she said.

But she acknowledged that the President has the prerogative to choose who among the nominees to proclaim as national artists.

The Order of the National Artists Award is jointly administered by the NCCA and the CCP and conferred by the President upon the recommendation of both agencies.

Under the criteria, the National Artist Award could be given to living artists who are natural-born citizens at the time of nomination, or artists who died after 1972 but were Filipino citizens at the time of their death; artists who, through the content and form of their works, have helped build a Filipino sense of nationhood; artists who pioneered a mode of creative expression or style, earning distinction and making an impact on succeeding generations of artists; artists with a substantial and significant body of work, or those who have consistently displayed excellence in their art form; and artists who have enjoyed broad acceptance through prestigious national or international recognition, critical acclaim or review of their works, and respect and esteem from peers.