Rhian Ramos: ‘One day, I can probably design a line of street wear’ | Lifestyle.INQ ❮ ❯ 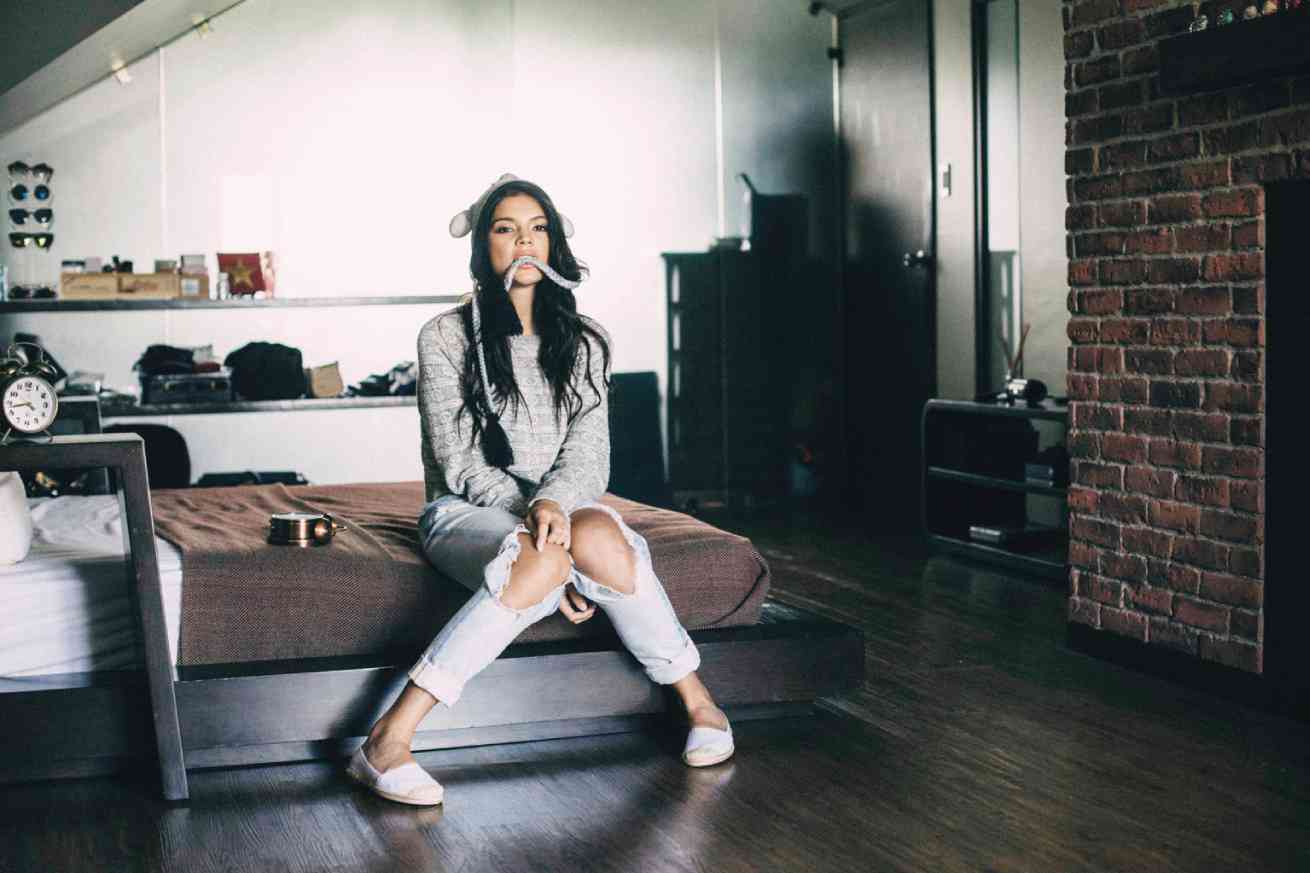 Rhian Ramos: ‘One day, I can probably design a line of street wear’

Rhian Ramos sits down for this interview in a room with a brick wall, a black chalkboard disguised as a fireplace (“I commissioned Solenn Heussaff to draw a mural of white fire,” she explains), and a bed overflowing with distressed jeans and sweaters. The interiors are a hint of the girl’s strong personality, an impression she reinforces in chat to follow.

“I don’t really have a skincare routine,” she says for starters. “The most important thing about make up? You have to make sure you take it off.” Beside her is a little green bag of skin wipes from The Face Shop.

Aside from maintaining clean skin, the actress says she dabs a bit of blush to avoid looking pale or ghostly.

“It’s like Maybelline figured out something no one else has with lashes,” says Ramos. With a schedule that involves having to shuttle from one location to the next, the actress has

mastered putting makeup on inside a moving vehicle.

“I am an expert at putting on perfect eyeliner despite being shaken,” she says, laughing.

Ramos’ determination was apparent in her early years.

“I put on a pair of heels and went to a VTR just so I could earn enough to buy myself a drum set,” she recalls.

But she says she has had her complacent days. “I was given a talk about how I wasn’t improving and that’s when I realized that people aren’t playing. This is an industry and it’s a job I have to take seriously.”

Now, she’s more serious about her career. Whether it’s losing an insane amount of weight (“And this is so cruel because I absolutely love food!”) for a cancer patient role or bulking up for an action film, “I try to be different because people just don’t really look the part in the Philippines.”

Having taken up fashion design and basic pattern-making, aside from having a little nook in her room with a sewing machine, Ramos has more than a passing interest in fashion.

“One day, I can probably design a line of street wear,” she says. This stunner sure knows how to make herself look great in clothes.