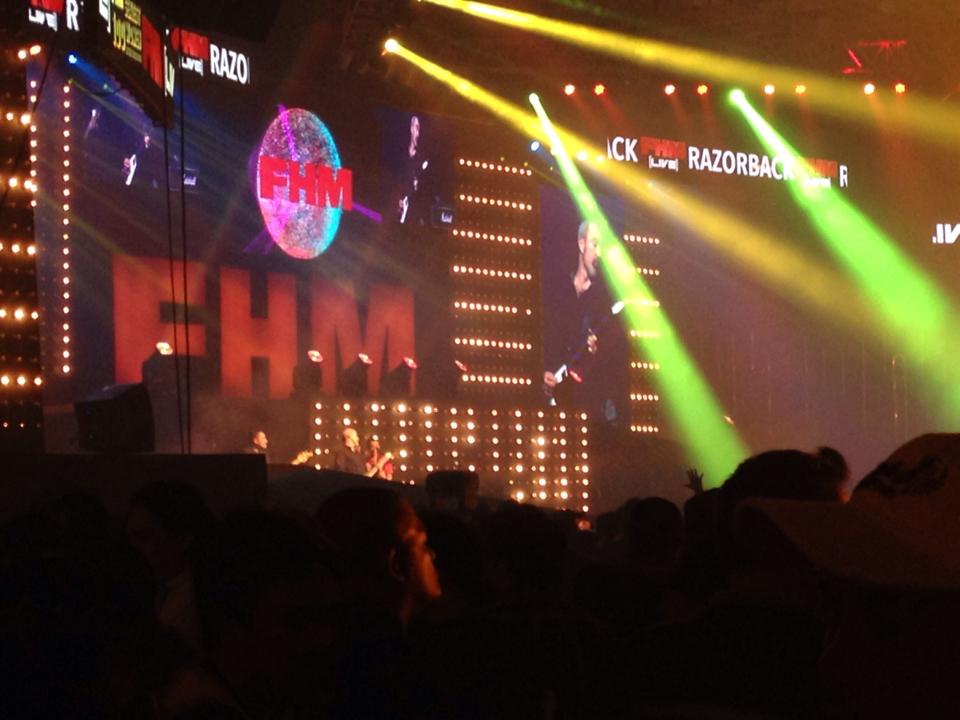 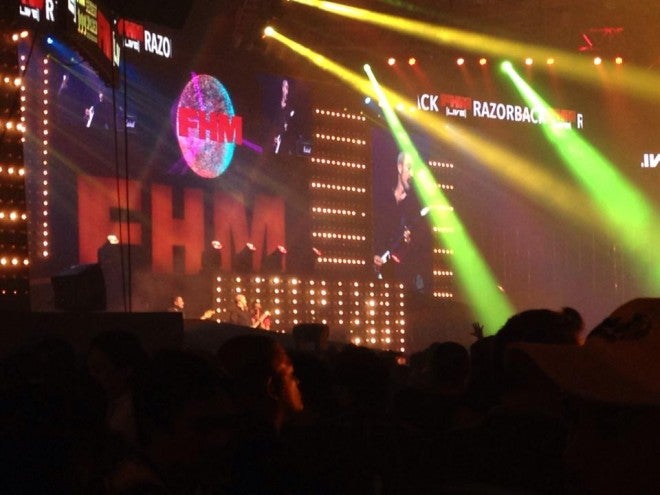 MANILA, Philippines–What happens when you put together hundreds of provocative women in very, very sexy bikinis, a number of awesome performances from several Pinoy rock icons, and a plethora of happified men guzzling down alcoholic drinks while prancing around to the beat of the music?

You get the lovechild of Victoria’s Secret fashion show and Coachella that is FHM’s 100 Sexiest Women of the World victory party, and this alone can heat up Pasay’s World Trade Center to sweltering levels.

Well, we mean this part figuratively, part literally. We weren’t sure if the air conditioner was faulty, or because the crowd of mostly beer-chugging men were rowdier than usual, or the sight of skimpily clad ladies generated rising temperatures from the inguen regions of the audience, but yes, FHM was able to ‘burn’ the house down last July 9 with this year’s lineup of hottest of all hotties–babes voted only via online and ballot printouts by staunch FHM (and possibly also women) supporters.

Suffice to say, the night’s events did not disappoint. Much of the runway music was provided by the rockstars of the Philippine scene like Wolfgang, Imago, Razorback and Kjwan.

The audience saw an eye-searing mix of surprises (such as Alice Dixson and her almost-wardrobe malfunction), staples (such as Aubrey Miles, Rochelle Pangilinan, and Daiana Menezes), returns (such as Diana Zubiri and Rufa Mae Quinto) and new additions (such as Roxee B and Erika Padilla).

All displays of skin on the catwalk led to the reveal of the year’s biggest winner, FHM’s sexiest woman for 2014, Marian Rivera. For the uninitiated, Marian Rivera is the girlfriend of celebrity hunk Dingdong Dantes and is also best known for her role as Marimar in the breakthrough GMA-7 teleserye of the same name.

Rivera strutted her stuff on the runway dressed in a red, native American-inspired outfit complete with gigantic headdress, eagerly applauded by the people who have voted her to the number one spot on the list. Marian was also voted FHM’s sexiest woman for 2013.

Aside from all the girly swaggering by the FHM babes, there were also some heart-stopping song/dance performances from Rochelle Pangilinan, Sunshine Garcia, Danita Paner, Mocha Girls, and Roxee B, adding more excitement to the show and making manly dreams a reality.

There were also a few no-shows from the rest of FHM’s top ten, like Solenn Heusaff, Jennylyn Mercado and Angel Locsin, but was greatly compensated by wild gimmickry from the other FHM models.

All in all, the show was a success, WTC heated up to extreme sweating levels, and men wore geeky grins on their way out of the event.

See full list of FHM Philippines’ 100 Sexiest Women in the World in the July issue of the magazine.