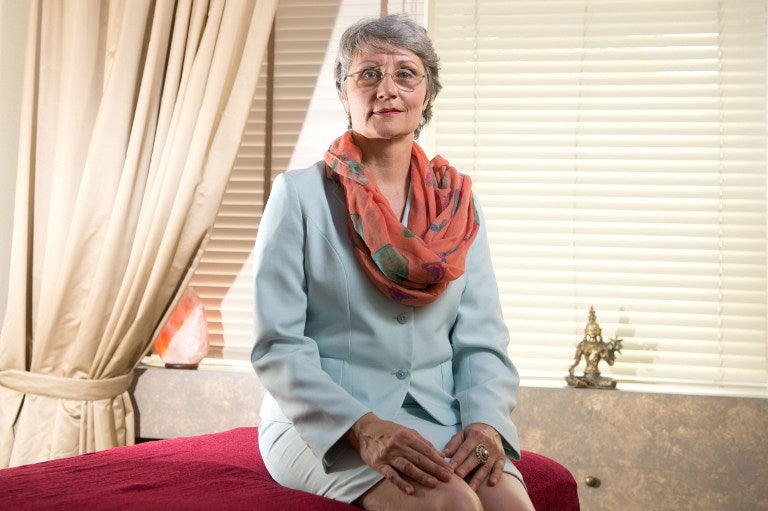 Monika Kochs posing for a picture in her massage parlor where she offers tantric massages in Stuttgart, southwestern Germany. AFP

BERLIN–Tantric massages provide sexual pleasure and are subject to the same tax levied on brothels and swinger clubs in a German city, a state court said Monday.

The decision by an administrative court in Baden-Wuerttemberg state followed a complaint by the owner of a massage parlor who had been billed a total of 840 euros ($1,140) for January and February 2012 under a local “amusement tax” targeting the sex trade in the state capital Stuttgart.

The court said in a ruling dated July 3 but released Monday that a studio offering the massages falls under the same tax levied on businesses that “specifically grant the opportunity for sexual pleasures”.

It upheld the ruling of a lower court from November. Stuttgart introduced the “amusement tax” in 2012.

The business owner had argued that tantric massages should be exempt because “although the genital area is involved during the massage, the main purpose of the treatment is not sexual pleasure”.

Rather, she said, the massage is aimed at providing holistic well-being and self-awareness.

But the court stressed that because massages including the genital area can be booked for a fee, the business fit the requirements of the amusement tax which is calculated according to the size of the business.

The court statement rejected the owner’s argument that the levy “only applied to establishments with ties to the red-light scene”.

She can, however, still appeal the ruling to a federal court.