‘Mostly Mozart,’ the fine and the beautiful, and Darrel Ang | Lifestyle.INQ ❮ ❯ 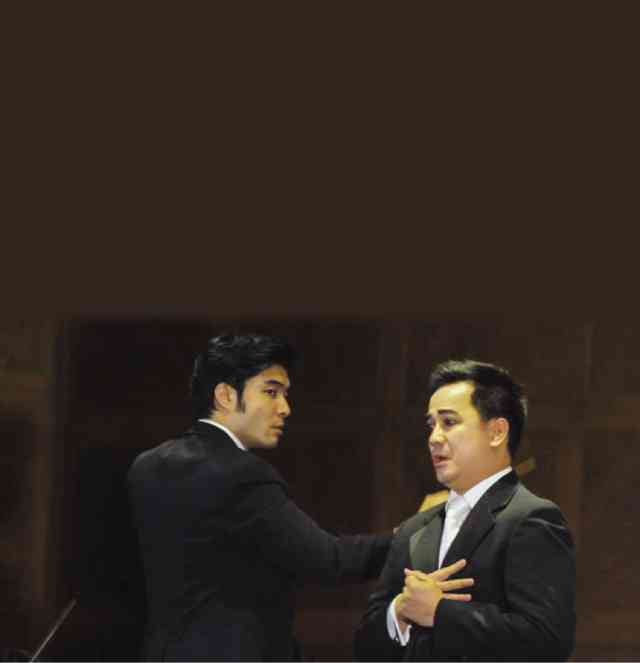 ‘Mostly Mozart,’ the fine and the beautiful, and Darrel Ang

On many levels, a programming that stays within the territory of the First Viennese School is fiendishly difficult to pull off. The justification of the period relies heavily on the formulations and definitions put forward by scholars from Kiesewetter in the 19th century to Sandberger, Adler and Fischer during the musicological revolution of the 20th.

Although immediate and easy communication is a virtue held and lived by the classicists, given the public concert’s centrality to 18th-century European musical life, the reality is that the average modern listener may find the rhetorical idiom or stylistic unity—that originally encapsulated that directness a bit abstract fit—only for connoisseurs.

One of the most phenomenal breakthrough artists to have graced the Philippine stage in recent years is Arthur Espiritu. His tenor leggiero is spot-on, with a rare meld of that requisite deftness and poignant expressiveness, so naturally blended within a single voice. This  was evident in the two Mozart pieces he sang, both of which comfortably belonged to his vocal fach.

His “Misero! O sogno, o son desto?,” a typical Mozart concert scene, sounded too labored even if the work lay well within his tessitura. A few more measures and it was discovered that the real problem was the acoustics of the hall, whose reverb decay time was close to nil and obviously worked against the performers, including the orchestra.

But Espiritu’s agility and musicality were, without any question, enough to sustain the pleasure of listening to him. The piece was written for the original Belmonte and so was representative of the vocal requirements for that role—like a considerable number of Mozart’s concert arias and scenes.

Beautiful phrasing and thoughtful coloring of the voice, to highlight the mercurial dynamic changes, characterized Espiritu’s rendition of the accompagnato; and it had turned to complete poetry by the time one heard the elegantly shaped lines of the ensuing aria, “Aura, che intorno spiri.”

I am sure that Espiritu’s performance of Mozart’s “Se vuoi che te raccolgano” from the serenata, “Il Sogno di Scipione,” could have sounded better in a different hall. The treacherous melismata which appeared at the end of every repetition of the phrase “non ti scordar” and the traditionally ornamented sections of the abbreviated da capo forms which permeated “Il Sogno” were understandably difficult to project and hear in that type of listening environment.

Cristine Coyiuto’s Mozart had a certain elegance to it but it was a bit tricky to fully assess her take on the composer’s Piano Concerto in A Major (K. 488). Mozart’s Vienna years moved away from the excessiveness of the late Salzburg period so the leaner textures required a transparency in the interpretation to match the new style. Her phrasing was conventionally precise, the necessary legato carried out properly, and her tone exquisite.

Even then, there was unnaturalness to how she shaped the lines in the outer movements. A lot of times the inherent flow of the Mozartean compositional “filo” was encumbered by gracefully executed phrases that weren’t carried over, losing the rhetorical force and characteristic effect of the increased dialogic connection between soloist and orchestra in the late Mozart concertos.

I reckon this was partly due to the tempo used, which missed just the right speed by a hair to keep the music moving forward.

The slow movement, though, was a pleasant display of Coyiuto’s musicality. She was able to capture the focused depiction of grief in this section, with the pacing of the music coinciding with the rhythmic particularity of the sicilienne that plays a significant role in some of the most moving works of the composer.

Finally, there was Beethoven’s “Sinfonia Eroica.” The moment the Manila Symphony Orchestra sounded the opening chords of the symphony, I wondered how far it could hold the audience’s interest—not because I doubted its capabilities but because the dry acoustics was a hurdle that seemed so pressingly insurmountable. A situation like that is disastrous for any performance of a work that many people consider to be anticipatory of Beethoven’s middle period.

With the guest conductor Darrell Ang at the helm, the orchestra explored the dynamic range of the symphony with a steady, robust energy—their fortes riveting, and the pianissimos introspectively charged with latent intensity. The musical rapport among the instrumentalists was amazingly tight, allowing for an extraordinary demonstration of true musicianship in the chamber-like passages, and instrumental dialogues and exchanges.

Ang was an electrifying presence on stage. The visuality of his conducting language and repertoire of gestures may be attributed to the Leningrad School and Ilya Musin’s system. Central to this tradition is a heady mixture of formal technique, theories on gestures, natural body language, and Konstantin Stanislavski’s eponymous method of acting.

The most exciting thing about witnessing Ang’s dynamism was how it actually got translated into sound. His readings had a high regard for the music itself. It never seemed like they were made from that providential podium where many of music’s most illustrious “sacred monsters” took up the reins. With a program like this, whose integrity depends so much on the musician directing his attention to everything essential other than himself, that is certainly an admirable quality.