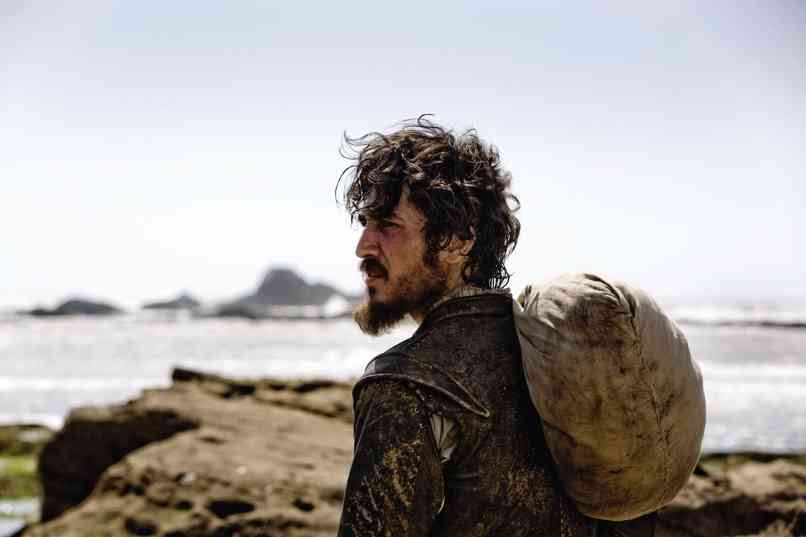 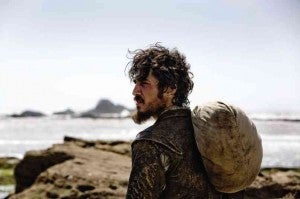 The title “Lope” refers to one of the most singular dramatists/poets of the Golden Age of Spanish literature who’s credited with the reinvention of Spain’s national theater—Félix Lope de Vega Carpio (1562-1635).

An astounding volume of work was attributed to him, including 1,800 plays and 3,000 poems. This productivity earned him both the esteem and envy of his literary contemporaries.

His predecessor by a decade, Miguel de Cervantes, author of the magnum opus “Don Quixote,” branded him “El monstruo de la naturaleza” (The monster of nature).

“Lope” (Spain-Brazil, 2010) is the latest work of Brazilian filmmaker Andrucha Waddington, known for such films as “Casa de Areia” (2005) and “Eu Tu Eles” (Un Certain Regard, Special Distinction, in the 2000 Cannes film festival).

The film concentrates on a specific period in Lope de Vega’s life. It begins with his departure from the Spanish Armada to return home to Madrid, the pretension of “victory” he assumes, and his mother’s death.

Lope (Alberto Ammann) finds his true calling upon witnessing a play performed in a courtyard, and resolves to become a playwright. The film ends with Lope charged with libel, and exiled from Castilla and Madrid.

The film’s portrayal of a struggling playwright who takes pride in his own oeuvre and entrances ladies with sweet verses seems insipid and even trite. What could be cinematically extraordinary about an extraordinary man? Is this possibly a deficiency of most biopics, which require a modicum of imagination and creative flexibility with facts to conceive a fictional figure charismatic enough and unforgettable on screen?

More disarming are the two women in Lope’s life—Elena de Osorio (Pilar López de Ayala) and Isabel de Urbina (Leonor Watling)—who dare express their love for a man (Is he worthy?) and take concrete action to ensure that things happen.

One, despite being denounced publicly and brutally by Lope as a whore, would be instrumental in saving him from years of imprisonment and hard labor, enabling him to retain his dignity and freedom in exile. The other, throwing prudence and honor to the wind, forsakes a secure future with a marquis to elope with the impoverished poet.

On second thought, the film is structured like a Lope de Vega play. It is a Lope de Vega comedia. Decidedly plot-driven, the film engages in intrigues—romantic entanglements and class conflicts. It possesses comedia’s winsome ingredients: the use of vernacular language blended with lofty verses; the rapid shift of scenes and moods; a fusion of tragic and comic elements; an utter disregard for the neoclassical unities of time, place and action; and the vitalization of scenes with dashes of capa y espada (cape-and-sword scenes). Characters are representations of both the noble personages and the common peasants.

The film’s theme dwells on love and honor, the exact dominant concerns of the Golden Age of Spanish drama. Lope becomes a poet-playwright in the face of the Spanish  court’s conservatism. His romantic  relationships question the manners and mores of the noble and affluent who would sell their daughters to the highest bidder and take advantage of the downtrodden in the name of business and profit.

Any semblance to “Shakespeare in Love” (1998 John Madden film) is improbable, for the plot matches that of a comedia, and the personal nuances and sociohistorical underpinning manifested in the film concur with those of the life and times of De Vega.

The film’s inclusion of Friar Bernardo, who oversees an infirmary for the old and sick, establishes the Catholic influences on Lope, and, perhaps, foreshadows his eventual turn to priesthood. De Vega wrote a number of autos sacramentales (morality plays) and religious sonnets, notwithstanding living days of debauchery.

One appealing sequence depicts a colorful enactment of De Vega’s “El Nuevo Mundo Descubierto por Cristóbal Colón” (The New World Discovered by Christopher Columbus), embellished with spectacular décor and scene machinery. The Spanish conquest illustrated in Lope’s comedia is mixed with a touch of the comic to suggest a satirical impulse.

This, however, is suggestive of a significant irony in Spanish Renaissance history. The mid-16th century signals the gradual decline of Spain’s military dominance (as shown in the film’s opening with the defeat of the Spanish Armada), yet this is also the era where Spanish art thrived—whether in defiance or in response—and its theater attained the zenith of its distinctiveness.

Was the theater nostalgic for the glory that was Spain? Was it a form of escape from what might come? Or was it a substitute for what might not last?

As comedia, “Lope” is meant to be diverting. The images are darkly photographed in compositional chiaroscuro, reminiscent of the rich earth colors and bold lighting of Renaissance paintings.

Shirley O. Lua teaches literature and film at De La Salle University. She is a member of the Philippine Center of International PEN, and one of the founding members of Alon Literary Collective, a Manila-based poets’ group.