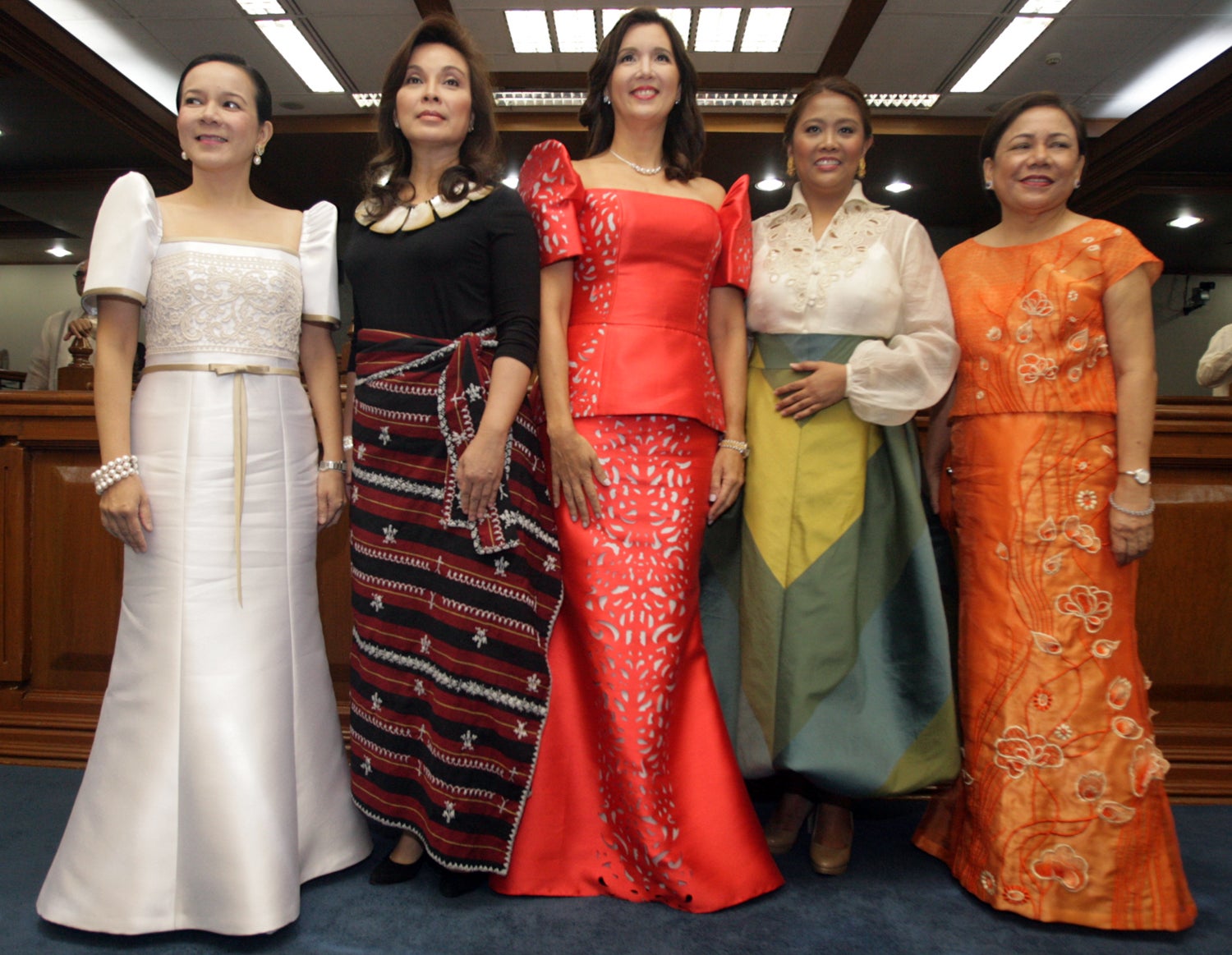 Sona 2014: Grace Poe is netizens’ top choice for most fashionable

MANILA, Philippines—Senator Grace Poe got the most number of “thumbs-up” for being the most fashionable in an informal survey conducted by INQUIRER.net on Monday during President Benigno Aquino III’s 5th State of the Nation Address.

Her dress was described in an earlier INQUIRER report “an off-white creation of upcoming designer Roulette Esmilla that was also heavy in intricate embroidery.”

An intriguing Facebook status of an editor-writer who refused to be named for privacy reasons said, “Looking presidential?”

Another described Poe, “regal and stunning”. One bluntly wrote, “THE NEXT PRESIDENT.”

Senator Alan Peter of Nacionalista Party has been vocal since late last year on running for the presidency in the 2016 elections.

Senator Francis Escudero with actress Heart Evangelista got the fourth spot with 288 “likes.” Senator Escudero’s name was also floated as among the top choices to run for the presidency though he played it down in recent interviews, saying he has neither party nor money to back him up.

He was also paired with Poe as possible tandem though it wasn’t made clear who would run for President and Vice President.

Aquino tears up in his 5th Sona