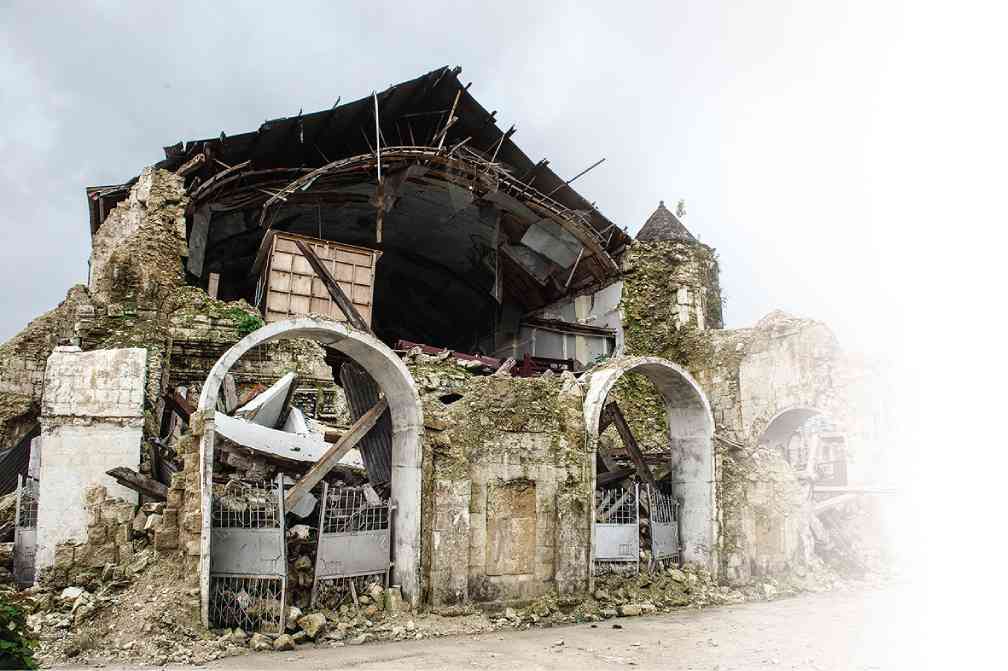 LOBOC Church in the aftermath of the Oct. 15, 2013 quake. PHOTOS BY SHERWIN MARION T. VARDELEON

The good news is that more Philippine structures and sites are eyed for inscription on the World Heritage List of the United Nations Educational, Scientific and Cultural Organization (Unesco).

The bad news is that several ancient churches in Bohol and Samar that have been damaged either by the earthquake or  super typhoon “Yolanda” (international name: Haiyan) last year have been removed from the list.

Fresh from the inscription of Mount Hamiguitan Range Wildlife Sanctuary as the country’s newest World Heritage Site, the Unesco National Commission of the Philippines (Unacom) has updated its World Heritage Tentative List.

In a recent five-day event, Moving Forward: World Heritage and Biosphere Nomination Workshop, hosted by the Heritage City of Vigan and organized by Unacom and the University of Santo Tomas Graduate School – Center for Conservation of Cultural Property and Environment in the Tropics (USTGS-CCCPET), the Tentative List (TL) was updated.

The last update was made in 2005, said architect and Unesco Philippines Commissioner Mico Manalo.

“The Tentative List is the springboard [for nomination]. From there, the nomination will be given for inscription for World Heritage List,” said Manalo, who is also chair of Unacom’s Culture Committee.

He said Unacom could help the suggested sites through guidance, the sharing of know-how, and preparing the nomination dossiers.

Participated by site managers all over the country, the convention also aimed to monitor the state of conservation of World Heritage Sites in the country, said USTGS-CCCPET director and Unacom commissioner Eric B. Zerrudo.

Following is the updated list of nominees in the Cultural, Natural, and Mixed Sites categories.

The Maranao Settlement of Tugaya, Lanao del Sur, was suggested to be included instead on the intangible cultural-heritage list.

The sites, said Zerrudo, undergo a stringent process upon review; and some would have a hard time meeting the criteria set by the World Heritage Committee (WHC).

The conditions of these sites during the last update in 2005 are different from now, said Zerrudo, who’s also a faculty member of the UST Graduate School’s Heritage Studies program.

Zerrudo emphasized that there were strict WHC requirements on local ordinances and conservation.

The contexts of the sites have changed from their condition nine years ago due to pollution and the building of structures that have affected their authenticity and integrity, Zerrudo explained.

Another review by the Unacom may pare down the TL further, he added.