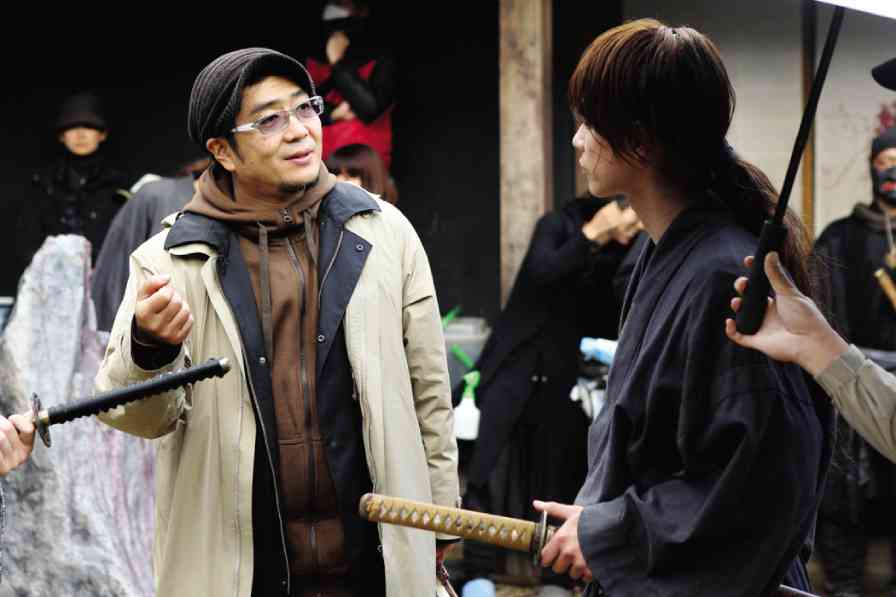 The invitational red-carpet premiere is scheduled on Aug. 6 at SM Megamall in Mandaluyong.

The Japanese talents are also expected to interact with the media and fans in a public press conference on Aug. 7 at the Glorietta Activity Center in Makati.

“We are thrilled to bring director Keishi Otomo and cast members Takeru Satoh, Emi Takei and Munetaka Aoki to Manila so they can personally thank and engage with the loyal fans of ‘Rurouni Kenshin,’” said   William Ireton, president and representative director of Warner Entertainment Japan Inc. “The Philippines is a very important market for the franchise, as proven by the outstanding box-office success in Manila of the first ‘Rurouni Kenshin’ film in 2013.”

“Moviegoers in the Philippines have helped create a wave of anticipation and excitement for the ‘Rurouni Kenshin’ sequels, and the upcoming talent visit is a much welcome recognition of the fans’ ardent support,” said Francis Soliven, general manager of Warner Bros. Philippines.

“Kyoto Inferno,” which starts showing on Aug. 20, is the first of two sequels to the 2013 blockbuster “Rurouni Kenshin.” The second, “The Legend Ends,” will open on Sept. 24.

Based on the Kyoto arc of the popular manga series written and illustrated by Nobuhiro Watsuki, the “Rurouni Kenshin” sequels follow the story of Kenshin Himura (Satoh), a legendary swordsman in the wars accompanying the turbulent fall of Japan’s shogunate in the 19th century.

Once feared as Battosai the Killer, he has adopted a peaceful life since the arrival of the “new age.”

But Makoto Shishio (Tatsuya Fujiwara), the Shadow Killer and successor to Kenshin’s position as the deadly assassin, has since been scheming in the Kyoto underworld, raising an army of disaffected former samurai with the aim of overthrowing the new regime.

Agreeing to a request by the new government to defeat Shishio, Kenshin leaves his beloved ones in Tokyo and sets out for Kyoto. He and Shishio are a match in skill and in wits, but their aims are opposite.

Can Kenshin preserve the nation without breaking his vow that he will kill no more?