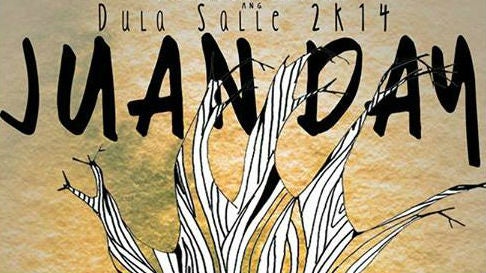 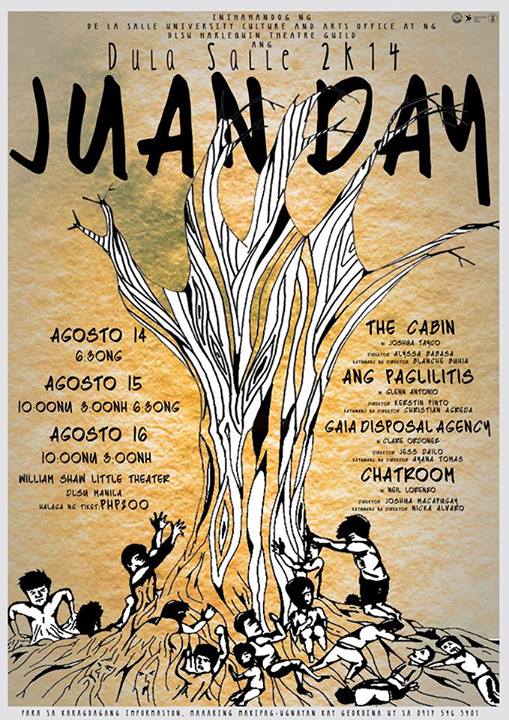 Featuring 4 plays in 1 show written and directed by various members of the Guild, DLSU HTG aims to produce experimental and advocacy plays with a surrealist perspective regarding the critical issue that the world currently faces – climate change.

Set in a cabin in a ship about to embark on a journey somewhere… Rodney enters expecting a grand set up with a cable TV and a mini fridge but is surprised when he enters an almost bare cabin. Enter two unsuspecting men, Tim and Miguel. Miguel looks for the extravagance too, but Tim wants nothing more than the stewardess’ name. All throughout the play, they order around the stewardess; the requests slowly change from the mundane to the unknown until the ship departs.

Terra was summoned to an interrogation regarding the accusations of the angry and oppressed citizens against her. During the interrogation, Terra’s objectives against the citizens, as well as the cause of her resentment and revenge, surfaced.

Due to excess pollution, agencies such as the GAIA Disposal became more common to cater to the society’s decrease in birth-rate. Emily, the head nurse, faces her own pregnancy blues after her retirement from the agency. A close colleague of hers, Magda, takes the place of head nurse, leading a team of nurses. As Emily nears the end of her pregnancy, she begins to worry more about the fate of her baby.

At a time where the world is suffering from extreme coldness, the only form of human interaction is through online connection. People are advised to stay indoors because it is much safer to remain within the confines of their houses. A couple, Abel and Kleo, tries to find ways to keep their relationship stronger in spite of the difficulties they now face. They will attempt to defy the frozen world that plagues humanity.

Show runs from the 14th till the 16th of August, 2014 at the William Shaw Little Theater of De La Salle University for P200 only. Part of the proceeds will go to the Guild’s adopted community in Lian, Batangas.