Robin Williams’ TV return: In ‘Crazy Ones,’ he sheds tears of a clown | Lifestyle.INQ ❮ ❯ 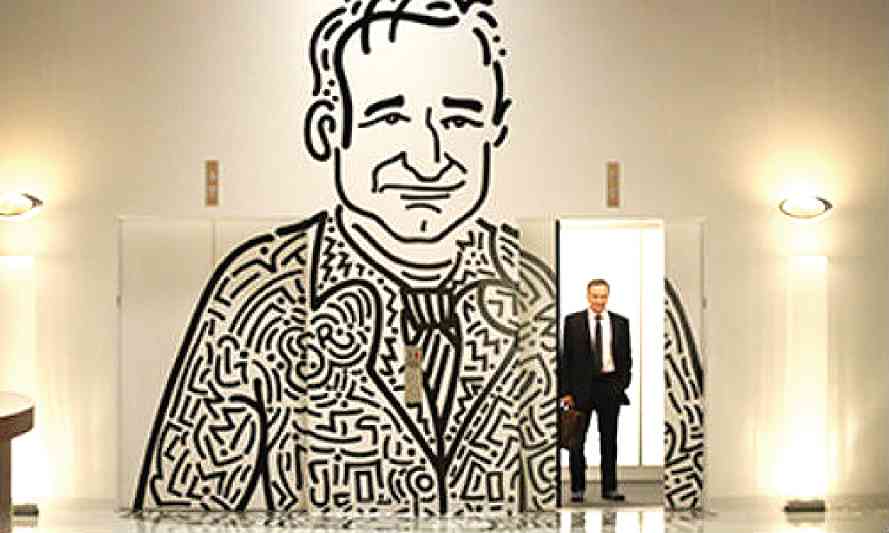 Robin Williams’ TV return: In ‘Crazy Ones,’ he sheds tears of a clown

On paper it seemed like a good idea. Robin Williams returning to TV since “Mork and Mindy”! With Sarah Michelle Gellar as his sidekick! Laughs! Hijinks!

“The Crazy Ones,” presumably a less gender-specific title variation on “Mad Men” (get it?), had Williams and Gellar as a father-daughter duo running an advertising firm in Chicago. Executive produced by David E. Kelly, best known for “The Practice” and “Ally McBeal,” the show was created with Williams in mind, and was the first in a line of “old guys going back to TV” that included a new Michael J. Fox sitcom, and next year, a new Bill Cosby vehicle.

Each of the episodes I watched followed a similar pattern: Client gives advertising firm a difficult case; Williams’ character, Simon Roberts, comes up with a kooky solution; while Gellar, in the role of Sydney Roberts, tries to go with a more conventional plan. There is conflict, but in the end, compromises are made, lessons learned, and hugs are shared, repeat ad nauseum. This lasted for 22 episodes before CBS pulled the plug on it. It’s not that “The Crazy Ones” was bad, but it was unambitious. While good for at least one laugh per episode, the show was a throwback to older sitcoms, in which there was very little, if any serialization, meaning what happened in past episodes had no impact whatsoever. As a result, even a handful of viewings gave you a sense of deja vu.

It doesn’t help that Gellar seems miscast as the straight person to the wild and wacky Williams. It may be a result of the shrining of her “Buffy the Vampire Slayer” persona in my mind, but the 37-year-old Gellar seems even older and frumpier than she ought to be, trying to rein in her dad’s wild persona. Of course, the times when she does give in to her dad’s whims, things blow up in her face. The client usually goes home happy though, and you would think repeated instances of that happening would be enough to get her to surrender to her dad’s impulses. Instead, suspension of disbelief aside, Sydney tries to get her dad Simon to tone it down again and again, when they could just as easily thrive as the advertising firm with the “kooky” reputation.

You can tell a lot about someone by what he or she talked/tweeted/Facebook-ed about upon hearing the news of Robin Williams’ passing. You could go truly old school with “Mork and Mindy,” reminisce about the time your English teacher made you watch “Dead Poets Society,” reveal your inner Disney-phile with “Aladdin,” or go a bit more adventurous with “Hook” or “Jumanji.”

Younger people might swerve more towards “Flubber” or “Bicentennial Man.” Fans of drama would lean towards “Good Will Hunting,” while the hipsters can hold on to “Death to Smoochy.”

There probably wasn’t anyone citing “The Crazy Ones,” ok, with the exception of Gellar, who posted a collage of pictures of herself with Williams.

When I think about it, Simon Roberts, Williams’ character, is in fact, Robin Williams.

Here is someone whose reputation is of being a wild, out-of-the-box, word-a-minute, mad genius. And yet, the people around him still look at him like he’s crazy, his long track record of success notwithstanding. Also, they’re generally surprised when Roberts/Williams becomes tender, or shows wisdom or empathy.

True, it’s hard to argue that Williams has done something worthy of critical acclaim in the past decade, unless you really like the “Night at the Museum” series, but on TV appearances, awards shows, standup, and numerous, less-publicized affairs, there’s no doubting that he continued to make people laugh. He also had a charitable organization, the Windfall Foundation, and was always generous with his time for good causes. 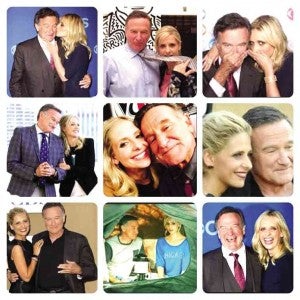 When I heard that depression played a part in Williams’ suicide, I remembered a scene in an early episode of “The Crazy Ones,” in which, frustrated by an ad campaign, Simon ups and disappears. Sydney though, knows where he is and finds him. It turns out, when Simon feels burned out, he goes and works as a line cook at a nondescript Chicago diner. This big-shot ad executive finds peace flipping eggs and slinging hash browns anonymously.

We make jokes about clowns with sad faces under their makeup, and observations rooted somewhat in psychology about how the people who make the most jokes are usually the most downcast.

I think about all that and I wish Williams, instead of killing himself, had his equivalent of a diner job. Maybe he could be somewhere out there, flipping pancakes, or that he found more solace in his hobbies of gaming or cycling.