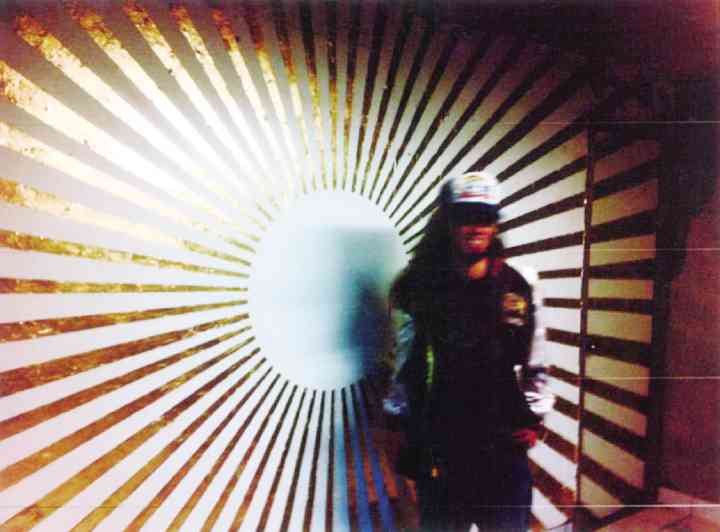 Japanese aesthetic is known for its minimalism and fineness of detail. Its concept of beauty some may find very strange indeed, if not at all distorted. Others may find an artwork facile, yet on closer inspection, one realizes how really hard it is to create.

A classic illustration of this is the exhibit of Japanese avant-gardist Nobuhiko Terasawa, “Arise from Silver,” until Sept. 2 in The Drawing Room, Metrostar Building, 1007 Metropolitan Ave., Makati City.

This small yet quite substantial exhibit comprises 10 untitled pieces in graphite and acrylic on canvas.

Terasawa relates how these artworks came about: A few years ago, while he was cleaning the storage room at home, he found two old dry glass plates. One was a photograph of some young girls standing, working in a yarn-making factory. The other was a picture of a pile of corpses burnt by the Great Kanto Bombing.

“I got a strange feeling while I was looking at the two photographs side by side,” says the artist. “Though they were photographs of completely different places, I had the impression that the factory was bombed. I wanted to reproduce this strange feeling, so I started painting based on the dry glass plates.”

Each piece looks like a print, or a blown-up photo reproduction with the image blurred and the color bleached—anything but a painting.

The canvas is primed with white paint, then pinstriped with silver. On most of the canvases, certain areas of the stripes are softly darkened to limn female figures. They come to the eye like 3D images, the figures coming out of the canvas depending on where the viewer stands.

The sheen of silver plays tricks on the eye. One Op Art piece of a series of curves creates the illusion of movement, oscillates, as the viewer moves.

The themes of the distance of time and the bleakness of death are eerily captured by the muted monochrome, severe minimalism and blurring effect of the paintings. By blurring the image, it is as if the artist had decided to erase the subject’s identity or muffle tragedy.

Terasawa says it was only after painting for some years that he came upon silver paint.

“Silver by itself is very near to having no color, and so, depending on the light, silver can easily disappear from the canvas,” says the artist. “I thought this nature of the paint would bring a fresh confusion to my painting. The confusion of place and time; the uncertainty of color; the incorporation of movies and photographs in a painting—I think such elements are contained in my work. Sometimes I put these elements together, sometimes reducing one of them, and wait for the painting to be completed.”

Though the artworks are undeniably complete, they are half-profiles or just contour of long hair, neck, arm or shoulder. A few are merely formless shadows.

These are not your regular portraits, in which you look at the sitter and contemplate the artist’s rendition with neutral emotion. Rather, the half-seen faces stimulate one’s feelings and imagination.

For instance, there is the face of a woman with vintage hair-do. What is her story? Where is she now? Was she a factory worker, or did she die in that bombing?

Terasawa took up a course in Japanese literature in Tekiyo University in Tokyo, from where he earned his Bachelor of Arts—so that isn’t so strange after all.