Depression, the loneliest place to be | Lifestyle.INQ ❮ ❯ 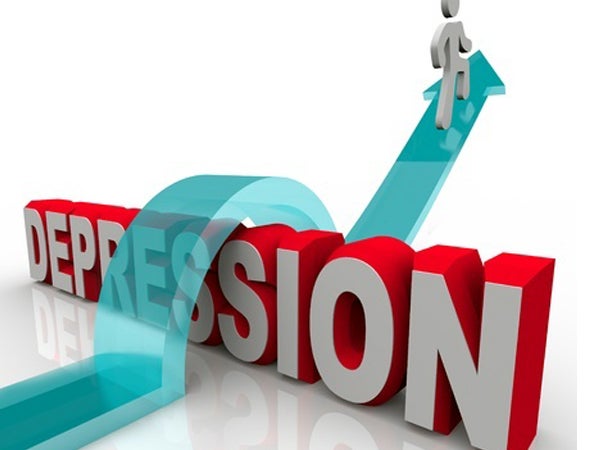 Depression, the loneliest place to be

In the aftermath of Robin Williams’ suicide, allegedly due to depression, we talk to a young man for his experience with the illness.

Societal norms demand that everyone studies hard, get good grades and secure a good job for the future.

Alvin (not his real name), 27, didn’t care much for academic excellence, but still craved acceptance among his peers. He acted like a clown to get smiles and laughter. He especially loved doing impressions and imitating odd behavior because he felt his real self was “boring and lame”.

But instead of acceptance, he got criticized for his bad grades.

“It seemed like the thing I hated most, studying, was the only thing that would please these people, and the only measure of my worth as a human being,” says Alvin. “This made me both angry and sad.

“From as young as 14, I remember having difficulty sleeping and frequently pilfered alcohol from my dad’s stash to get high at the end of each school day. I’d get drunk and have the conversations I wish I had during the day, with myself, in front of the mirror.”

He played truant, didn’t do his homework, and barely scraped through examinations.

In college, he had a brief positive spell doing well in his studies for once, surrounded by people who were a good influence. But that didn’t last long.

After a brush with abusive bosses at his first job, he became disillusioned with life, stayed home, remained jobless for a year, and tried to start a music career that also came to naught.

At 22, he started to open up about his feelings, but all he got in response were: “You think you’re the only one with problems?”, “Everyone is down once in a while,” “You’ll get over it,” “How can you be so weak?” and “Such a big baby”.

His quest for answers and direction ended with him feeling betrayed; feeling that the world was conspiring against him. He hated himself and thought he was of no use to anyone.

He felt he was being challenged to take his own life. He thought of seeking professional help, but did not get the support of friends or family.

Then one afternoon, it all came to a head.

Alvin went missing for a few hours that day. Till today, he can only recall bits and pieces of what happened. He remembered hallucinating and wandering aimlessly around his neighbourhood, completely out of touch with reality.

“I just remember a voice in my head telling me directions and that I needed to get to a vehicle that would ‘take me away from it all’,” says Alvin. “The sensation of psychosis, I can only describe as complete euphoria and detachment. It was like a waking dream, in which I believed I was communicating telepathically with people I knew.”

His friends found him sitting completely dazed at a neighbor’s porch. And when they called his name, he ran right into the gate. They got him home eventually and he only became aware of his surroundings again after hearing his parents’ voices.

“I began to panic, noticing that I had cuts and bruises on my body that I could not explain,” says Alvin. “To this day, I live in fear of another such episode. What if I caused more grievous harm to myself, or worse, to some innocent bystander, while I was completely delusional?”

Subsequently, his parents took him to a psychiatrist, who prescribed him mood stabilizers and antidepressants. But it didn’t help, and he became miserable and suicidal, feeling trapped in his own home.

After a year, his mother found a psychologist who taught him how to break the cycle he was in, and brought his immediate family for therapy sessions to mend relationships.

For the first time, things started to get better.

“A lack of assertiveness and low self esteem were at the root of my depression,” says Alvin. “This resulted in bottled up emotions manifesting in passive-aggressive behaviour and self-loathing thoughts.

“My sessions included role-playing and practising different methods of communicating effectively, while exploring various experiences that may have contributed to my negative mindset.”

Alvin’s case may seem strange and bizarre, but according to consultant psychiatrist and addiction specialist Assoc Prof Philip George, depression is a very common condition.

“Public awareness is a bit low,” says Assoc Prof George, who has had more than 20 years’ experience dealing with cases of depression. “Sometimes sufferers seek help and they are not given appropriate advice. It’s a very common condition, and it doesn’t need to be seen only by psychiatrists and psychologists. It should also be seen by general practitioners.”

Depression is more prevalent today, he said, and it can affect people of all ages. His youngest patient was an eight-year-old child.

“Everyone goes through sadness, a period when you’re down,” Associate Professor George explained. “That is very normal. You can speak to a friend or a family member and you can get over it. If it is an illness, it has to meet certain criteria. Usually, it has to last for longer than two weeks.”

Those criteria include low mood, lack of pleasure from pleasurable activities, lethargy, disturbed sleep, reduced or increased appetite, negative thoughts of self, feelings of hopelessness and uselessness, inability to make decisions and suicidal thoughts.

A person who has at least five of these is considered to be clinically depressed.

Women are twice more at risk of depression than men.

“There could be many reasons,” says Associate Professor George. “It could be hormonal. If you look at children before puberty, the rate of depression is almost equal between male and female. And after menopause, the rate is also almost equal.

“Secondly, women face more stress. Apart from having a job and being a homemaker, they also have to bear children and care for them.”

The difference is women are more open to talk about their emotions, while men tend to keep to themselves and turn to alcohol and drugs.

The recent suicide of comedian Robin Williams drives home the point about the dangers of clinical depression.

Williams had been struggling with depression for a while, and his wife revealed that Williams was also suffering from the early stages of Parkinson’s disease.

“Statistics show that about 10% to 15% of people with major depression die from suicide,” George said. “The risk of suicide due to depression from bipolar disorder is even higher, and can be up to 20%.

“Also, about half of those with depression have suicidal thoughts. It becomes worse when they don’t get support or seek treatment. And things can get worse if they try to self-medicate with drugs and alcohol.”

He said the most important thing is for the sufferer to be aware of her or his illness, and if they try to control it, they can actually get better on their own.

“The only problem is, mood disorders can be recurring,” George said. “And when they come back, usually it is worse than the first time. So you need to keep your options available.”

Alvin had a relapse after his father passed away.

He lost his motivation to work and questioned his purpose in life. Fortunately, he had someone to turn to.

“I immediately contacted my psychologist and started going for therapy sessions to learn to cope with the loss and go further with my anger management training,” says Alvin.

“If there’s any advice I can offer to anyone suffering from depression, it’s that you should seek professional help as soon as possible, especially if you have suicidal ideation. You don’t go to that dark place for no reason.”

“People need to know they can try and get better on their own or with the help of family and friends,” says Prof George. “But if there is a need to seek help, it doesn’t mean that you’re a weak person or incapable, because it is an illness.

“It’s like having a heart attack or something like that. It is like if you have high blood pressure. If it persists and doesn’t get better, then you need help.

“People with depression can get well.”

My own depression: My choice not to cross the line