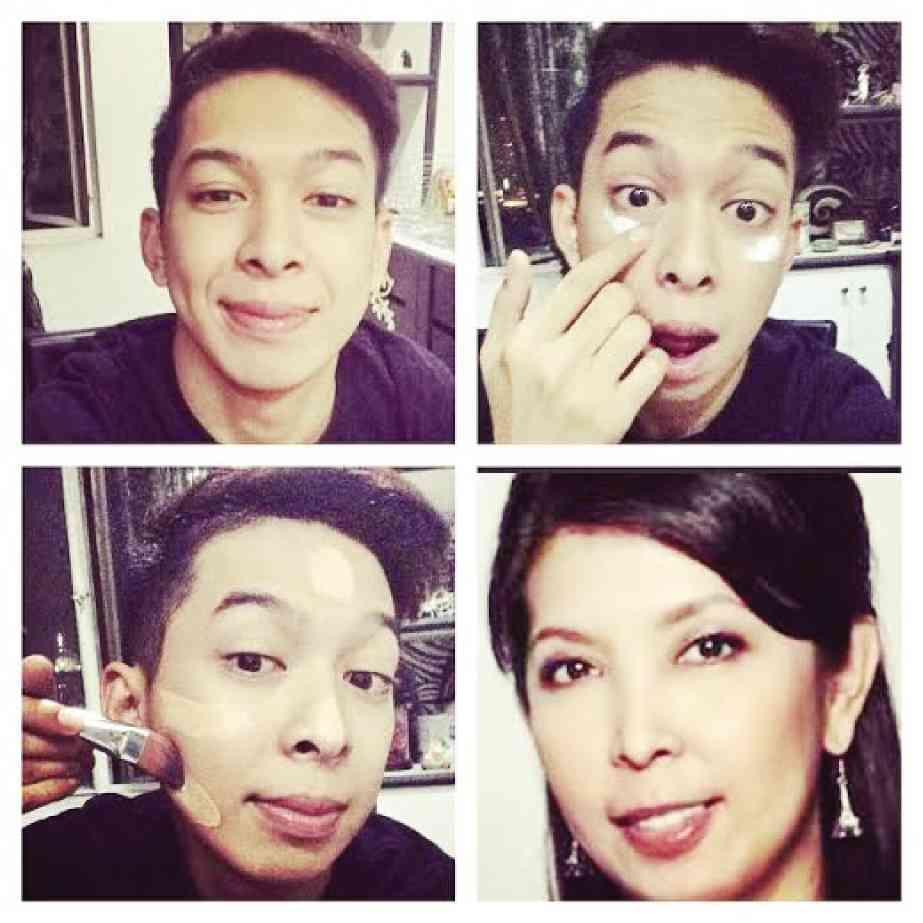 Any woman who’s had a full face of makeup knows how transformative it can be. Applying makeup on a celebrity or model is child’s play for any makeup artist, like playing connect the dots on a gorgeously structured face. But the ability to transform a duckling into a swan is what makes the makeup artist a magician.

Michelle Phan, YouTube’s No. 1 makeup guru, attracted millions of followers because of her ability to change into different characters using makeup alone.

It was only a matter of time before men hopped on the transformation bandwagon. A bunch of guys on Instagram started posting a collage of four photos showing off just how face-changing makeup could be. Pretty soon the hashtag #makeuptransformation became a viral meme that made its way to the Philippines, social media capital of the world.

Some were hilarious, like IC Mendoza’s cheeky makeover from into mom Dolly Carvajal. Or Solenn Heussaff’s incredible altered look from Vice Ganda to My Little Pony.

Aiza Seguerra poked fun at herself by morphing into Arnold Clavio. Jugs Jugueta made himself look like Vandolph, while restaurateur Erwan Heussaff smeared chocolate on his face to become Bogart the Explorer (who would’ve thought Bogart was half-human, half-chocolate?)

Of course, not all transformations were funny. Some bordered on the “feeling,” where a lot of your friends started posting transformations into their Hollywood celebrity “lookalikes” (we use this term very loosely)—a comment-fishing expedition so that their friends could go, “Well sonofagun, you and (insert Hollywood A-List celebrity) could be twins!”

Indeed, we kinda liked it better when people used the makeup transformation hashtag to poke fun at themselves, and not as a humblebrag way for people to say that they could pass for a rock star or celebrity.