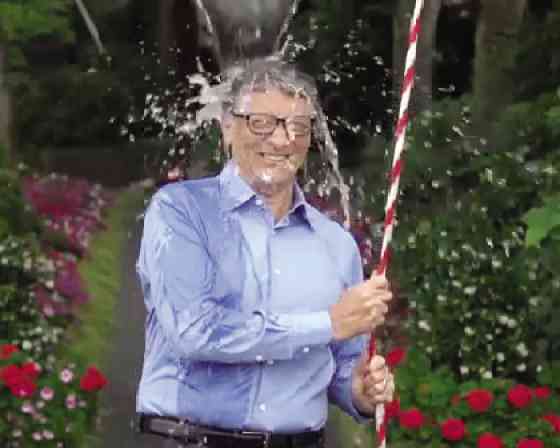 The numerous #makeuptransformations on our social media feed were slowly replaced by videos of people dumping ice water over their heads.

The #alsicebucketchallenge aims to raise awareness about amyotrophic lateral sclerosis, otherwise known as Lou Gehrig’s disease, and to raise funds for the ALS Association.

People shoot a video of themselves dumping ice water over their heads, share it on social media (Facebook, Instagram or Twitter) and challenge their friends to shoot their own video or make a $100 donation to ALS.

Not everyone seemed to realize the point of the challenge, though, with many just posting videos of themselves without mentioning ALS at all or talking about the need for donations.

Still, it was great to see a lot of people participating in the cause. A lot of celebrities joined, from Taylor Swift and Bill Gates to Anna Wintour and Chris Hemsworth, choosing to do the challenge and still donate. 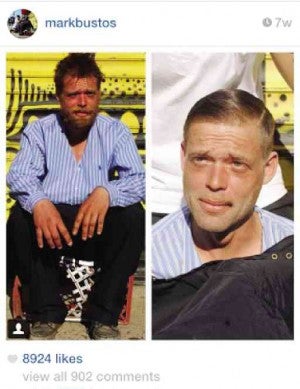 Not bad, Internet, not bad at all.

Our hero of the moment is Mark Bustos, a Filipino-American hairstylist who works at a high-end salon in New York.

According to The Huffington Post, Mark spends Sundays, his only day off, giving homeless people free haircuts. It was a project that he started during a visit to the Philippines a couple of years ago.

Mark and his hashtag #BeAwesomeToSomebody are a real inspiration and a reminder that your time and skill can be a blessing to people around you.

Funnier than the joke

Who knew a joke could have such serious repercussions?

Hipon is slang for someone with a hot body but an unattractive face. It’s a term used for both men and women.

The joke fell flat with local officials and the Davao City Council soon declared the comedian “persona non grata,” calling him “an extremely corrupt influence to the youth.”

The over-reaction is funnier than the joke.

Counting down to Ippudo

We know, we know, Manila already has a ton of ramen places, but we still can’t wait for Ippudo to open.

Taylor Swift’s ‘Shake It Off’

Some fans are reeling from the launch of Taylor Swift’s new single. “It doesn’t sound like her!” many of them wailed. But we enjoyed it; we think it’s catchy, the music video is fun and we think it’s great that Taylor can poke fun at herself. We’ll be playing this song for weeks.