What you should know about being bipolar or unipolar | Inquirer Lifestyle 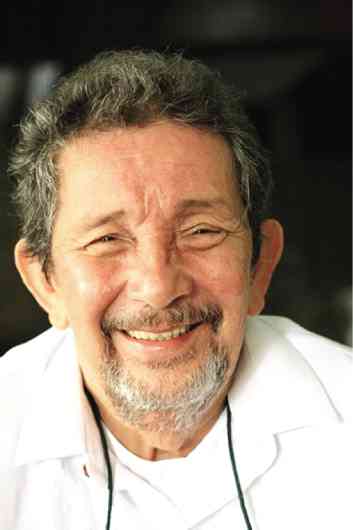 What you should know about being bipolar or unipolar

It’s pointless to assume what goes on inside a suicidal mind. To this day, the convergence of complex factors that ultimately drives a person to end his/her life eludes explanation, even by psychiatrists. Even the person him/herself who committed suicide may not have known.

And to dismiss the suicidal as weak or selfish is an act of ignorance.

A person suffering from a mood disorder—a bipolar—lives in a world of unbearable, infernal agony and chaos, according to Dr. Ricky Soler, psychiatrist and co-founder of the Natasha Goulbourn Foundation.

“In the worst stage of this situation, blame and fault may not play a reasonable role in judging without knowing the whys and wherefores… Try to understand, which is extremely difficult, or at least show some compassion, which should be expected of sane men,” Soler said.

People with bipolar mood disorders, or, in layman’s term, the manic-depressive, are 15 times at higher risk of committing suicide than the general population, said Dr. Monina Garduño-Cruz, head of the section of psychiatry of St. Luke’s Medical Center Quezon City.

Twenty-five percent of suicides are bipolar cases, she added.

Bipolar mood disorder is characterized by extreme highs (mania) and lows (depression), two opposite poles that are in a constant tug-of-war.

Cruz said that around 1 percent of the world population is diagnosed with the disorder. A diagnosis entails a lifetime of treatment.

So far, there is no cure for bipolar mood disorder. (There are also depressive people, or the unipolar, she said, who are more common and can be treated.)

Genetics (80 percent are inherited), chemical imbalance in the brain, environment and medical illness are among the factors believed to cause the disorder, although to this day  the causes, while they appear primarily biological, remain largely unknown.

“People suffering an episode of depression are not in a normal state of mind. While depressed, they don’t think like those who don’t suffer from depression do. They are not logical; their thoughts are in disorder and they cannot form correct conclusions based on logical realities and accepted truths as normal people do. Their minds are disarrayed in confusion, anxiety and guilt,” Soler said.

Although no one yet indubitably knows the causes of the illness, Soler said depression turns the depressive into “voids occupying space.”

“I started to be more irritable, angrier and more impatient. I would often cry. I was often sensitive. My senses were more heightened, especially my sense of hearing and smelling. I get so irritated by unpleasant sounds that my inner ears would hurt, literally. Some things can be mentally torturous to me. Criticisms hurt me more,” said May Perez Dizon, who heads the Mood Warriors and Firebirds, Mood Disorders Advocacy Phils., a support group for people with bipolar mood disorder.

Both episodes will make them nonfunctional, disabling their ability to think clearly.

Type II, as in the case of Dizon, is characterized by predominantly depressive modes and a milder manic episode, but it’s one that can still impair functioning. Suicide risk for Type II is higher.

“They are no longer aware of what they are doing except that they feel that killing themselves will, once and for all, end their pain and suffering and set them free from their terrifying darkness. Except for this notion, it does not seem they are aware of the consequences of this act and just blindly go ahead and do it with defined willfulness.

“Those who choose to live have surely not yet reached complete and utter despair, and God helps them stop in their tracks,” Soler said.

Now 46 and working on her thesis proposal for a Masters in Education at De La Salle University Manila, Dizon said she has used many strategies to keep herself alive—talking about her feelings in her support group and on Facebook, taking antidepressant and mood-stabilizer pills, praying, communing with nature, reading motivation books, listening to music, and even dancing.

“It’s a miracle I’m still alive, that I still haven’t been hospitalized… Severe depressive episodes are extremely scary and life-threatening. We can’t survive it alone. We need help. And I really ask for help. I fight for my life, and for my family, too, especially for my furry children Sydney and Venice,” she said.

Soler said a misconception about suicide is that depressives, in killing themselves, have fled from their problems and leave others behind to pick up the pieces.

“But a careful consideration of suicides indicates the contrary. They kill themselves to ease the burden they give those they leave behind, and that killing themselves would make life better and easier for them; that they would no longer have to withstand their visible despair,” he said.

Being open about the illness despite the stigma is still the best way to feel better and accept that help can be had for depression, Soler continued.

Soler is an advocate of Talk Therapy as one of the best ways to manage depression—taking  and sharing with a trusted friend one’s condition.

“There are aspects of depression which, like leprosy, create  especially harsh stigma given by people who do not know what it is. Many view depression as threatening and uncomfortable—that the sufferer is scheming, is not to be trusted as she/he engages in gossip and demands pity,” he said.

Dr. David Spiegel, one of the world’s leading psychiatrists, said in an interview with Inquirer in 2008 that depressives in general are more likely to commit suicide just when they are coming out of depression. Families should be particularly attentive to their loved ones during this period since it’s that time when depressives begin to pick up greater energy and are able to plan things.

Cruz agrees. Bipolars are extremely impulsive. While they may have lost interest in anything for weeks while at the bottom of their depression, the rise of energy as they return to manic mode is enough to make them carry out the physical task of suicide.

Even if they seem energized, they are, in fact,  still fundamentally depressed.