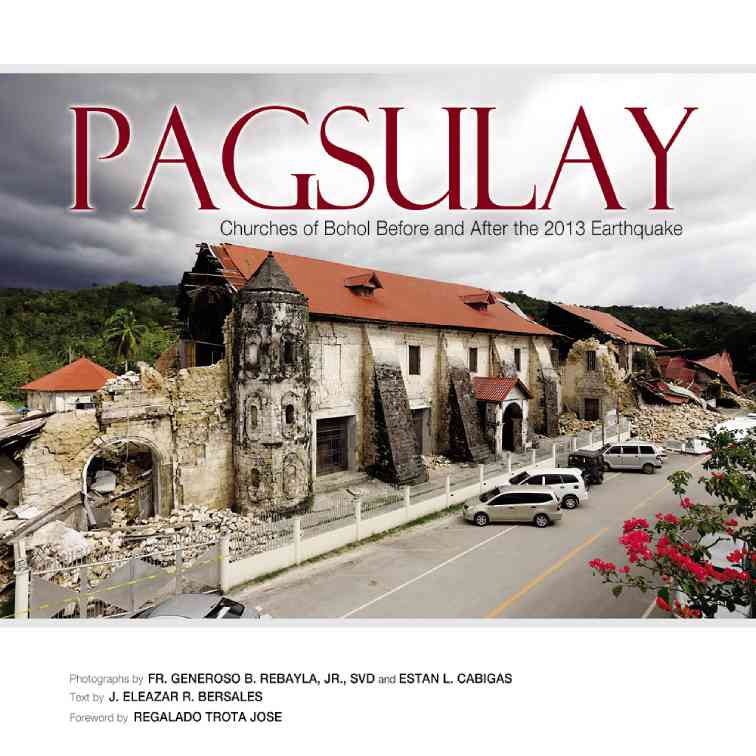 University of San Carlos (USC) of Cebu and  Holy Name University (HNU) of Bohol are set to launch Monday the book “Pagsulay: Churches of Bohol Before and After the Earthquake of 2013.”

Written by Jose Eleazar R. Bersales and photographed by Fr. Generoso Rebayla Jr., SVD, and Estan Cabigas, the 240-page coffee-table book describes in both text and photography the state of the 26 churches in Bohol before and after the 7.2 magnitude earthquake struck the province on Oct. 15, 2013.

Worst affected by the strong tremor were the churches of Loon, the biggest in the Visayas, and Maribojoc. Both are now in ruins. Other iconic churches also suffered from minor to major damages.

Efforts are now underway to rebuild and restore these religious edifices. Government agencies such as the National Museum (NM), National Historical Commission of the Philippines, and National Commission for Culture and the Arts (NCCA), as well as  private institutions, organizations, and individuals have since been working to save the churches and somehow restore their old glory.

Bersales is a columnist of Ceby Daily News and director of the USC Press.

Father Rebayla is vice president for finance of USC and an accomplished photographer. Cabigas has worked with Augustinian historian Fr. Pedro Galende on the book “Philippine Church Façades.”

Both have worked on “Balaanong Bahandi: Sacred Treasures of the Archdiocese of Cebu,” also published by the USC Press. 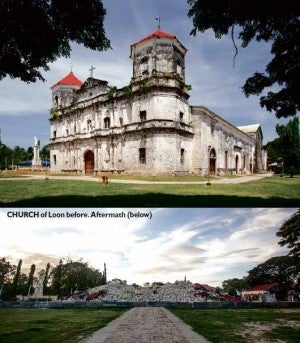 USC and HNU are owned and managed by the priests and brothers of the Society of the Divine Word, the missionary order.

Church historian and University of Santo Tomas archivist Regalado Trota Jose, former NCCA commissioner,  writes the foreword of the book. Jose is the author of “Visita Iglesia Bohol: A Guide to Historic Churches,” published in 2001 by the NCCA. 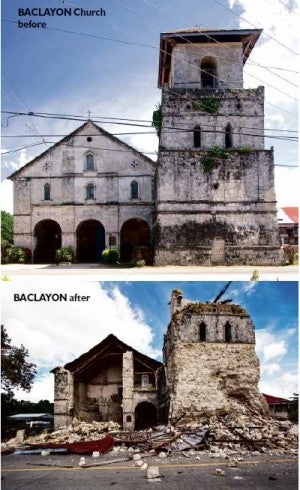 Pagsulay is a Cebuano word for “test.” The book chronicles the history and the rich heritage of the Bohol churches, a number of them declared Important Cultural Property and National Cultural Treasure by the NM.

Coinciding with the launch is the opening of the exhibit of selected photographs from the book. Cebu-based poets will read literary works and the USC Dance Troupe will perform traditional Bohol dances.

Copies intended to help raise funds for the rebuilding of the Bohol churches will be available for a week at the exhibition area. Copies are also available at the USC Press and USC Museum.

Launching ceremonies will be held at the Activity Center of the Ayala Center in Cebu at 5 p.m. Monday. The formal launch will be led by Fr. Dionisio M. Miranda, president of USC.