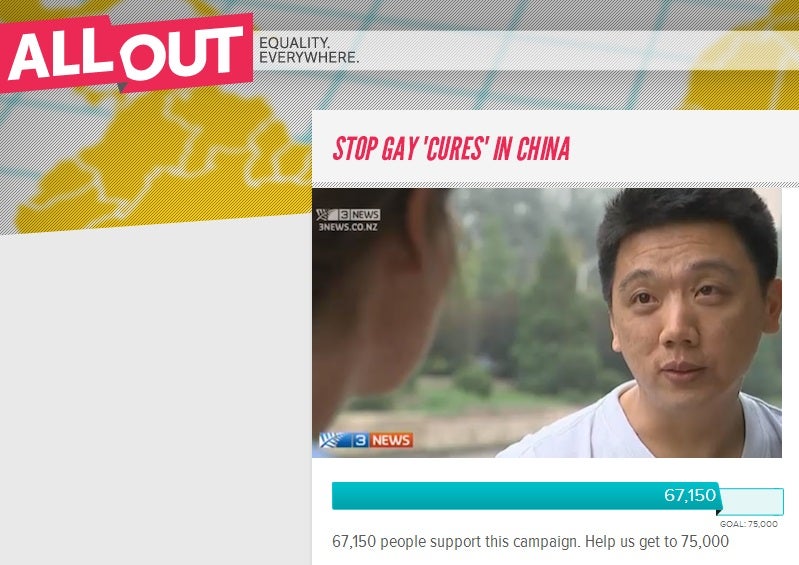 WHO asked to denounce ‘gay cures’, declare homosexuality isn’t a disease in China

The petition also asks WHO Director Margaret Chan to reaffirm that being gay is not a disease.

The petition by Xiao Zhen (a pseudonym), the first gay man from China to sue a “gay cure” clinic, was being supported by 66,416 people as of Thursday.

All Out, a global organization that has been fighting “gay cures” all over the world since 2012, said that Zhen’s petition has been signed by 60,000 people in less than 24 hours.

“I’ve been through electro-shocks at a gay ‘cure’ clinic in China. Now I’m fighting back to tell everyone in China and beyond that being gay is OK — and to make sure that gay ‘cures’ are banned”, said Zhen.

“Together with 60 000 All Out members, I’m calling on WHO to back me up and send a simple message to Chinese authorities and the Chinese medical community: being gay is ok! It’s not a disease. No one should have to endure the trauma that I have, ever again,” Zhen added.

Zhen sued Xinyu Piaoxiang clinic in Chongqing last July for administering a “gay conversion therapy” by electrocuting him without informing him of the procedure beforehand. He also sued Baidu, China’s search engine giant, for allegedly advertising the center.

The ruling on the case will be released in September and is already being considered by Chinese lesbian, gay, bisexual and transgender (LGBT) groups as a landmark decision in a country which remains intolerant towards the Chinese LGBT.

In 2001, China ruled out that homosexuality was a disease yet “gay cure” clinics in China continued to operate.