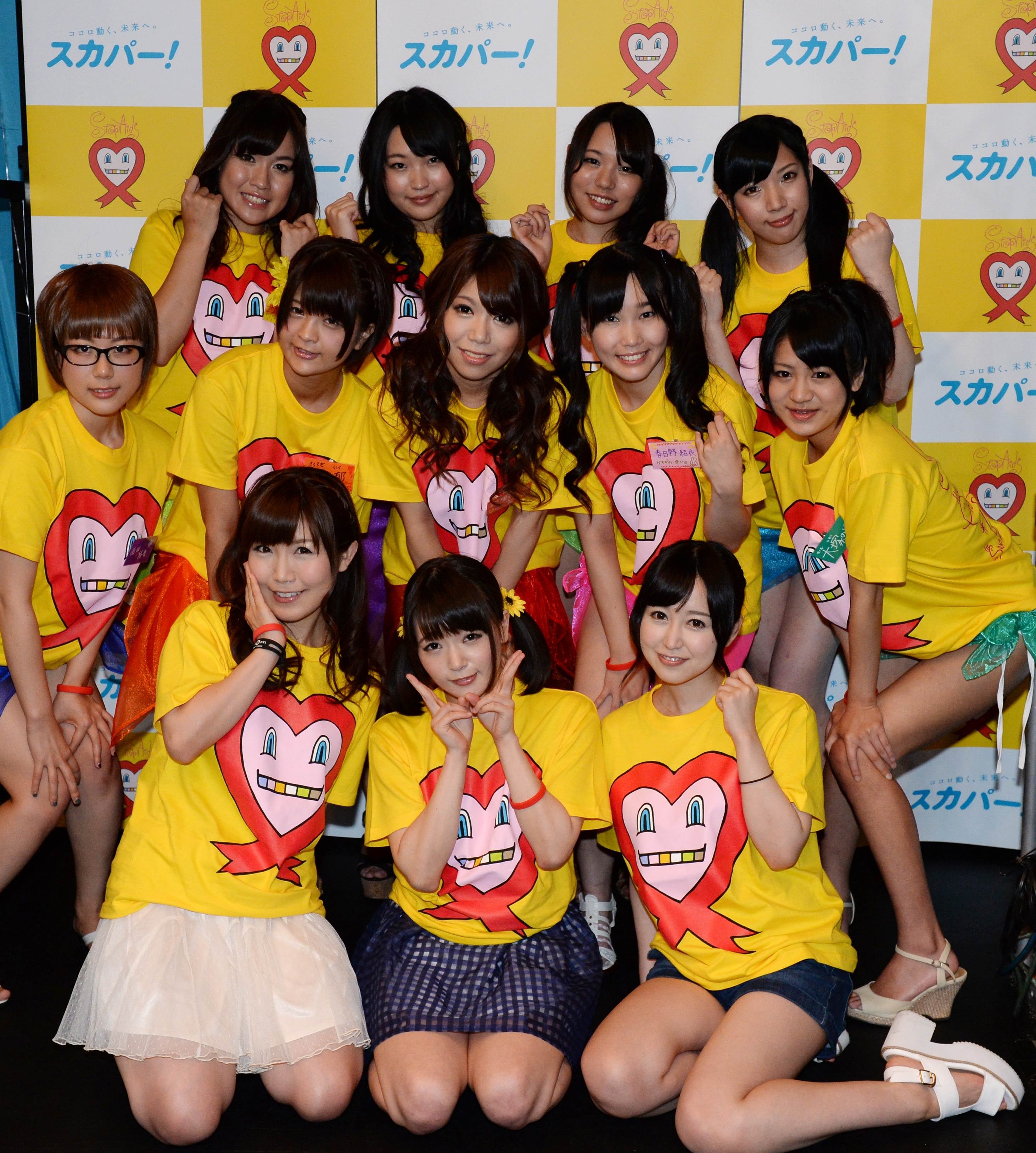 The nine adult movie stars, sporting yellow campaign T-shirts rolled up to reveal their breasts, flashed a big smile as punters came to them at an event that opened Saturday.

Having sprayed their hands with disinfectant, many of them were seen fondling the breasts quite discreetly.

A man was seen pressing his palms together in the style of a Buddhist prayer before and after he softly touched the breasts of each of the nine girls.

Women were occasionally spotted in the mostly male crowd, prompting one of the girls to say in rapture: “Wow, I’m happy. I want her to touch my breasts!”

Boob Aid is part of the 24-hour “Stop! AIDS” campaign event in Tokyo, which was also televised live on a Japanese adult cable channel.

The breast-squeezing resumed Sunday morning after an overnight break.

More than 2,300 pairs of hands groped for a total of eight hours until early Sunday afternoon, organizers said.

The figure suggests some $23,000 has already been collected as each participant was expected to donate 1,000 yen (about $10) or more.

The final money count will be announced after the event closes at around 8pm (1100 GMT) on Sunday.

The event is the 12th since its launch in 2003. It is backed by the Japan Foundation for AIDS Prevention.

“I’m really looking forward to lots of people fondling my boobs,” Rina Serina told the Tokyo Sports newspaper before the event. “But I would be very happy if you would please be delicate.”

The event comes after sexist heckling of a Tokyo assemblywoman hit the headlines, highlighting old-fashioned views towards women that still permeate Japanese society.

“I never thought my boobs could contribute to society,” added the ponytailed Serina, apparently unaware of any contradiction.