A final salute to the Mandarin Oriental Manila | Inquirer Lifestyle 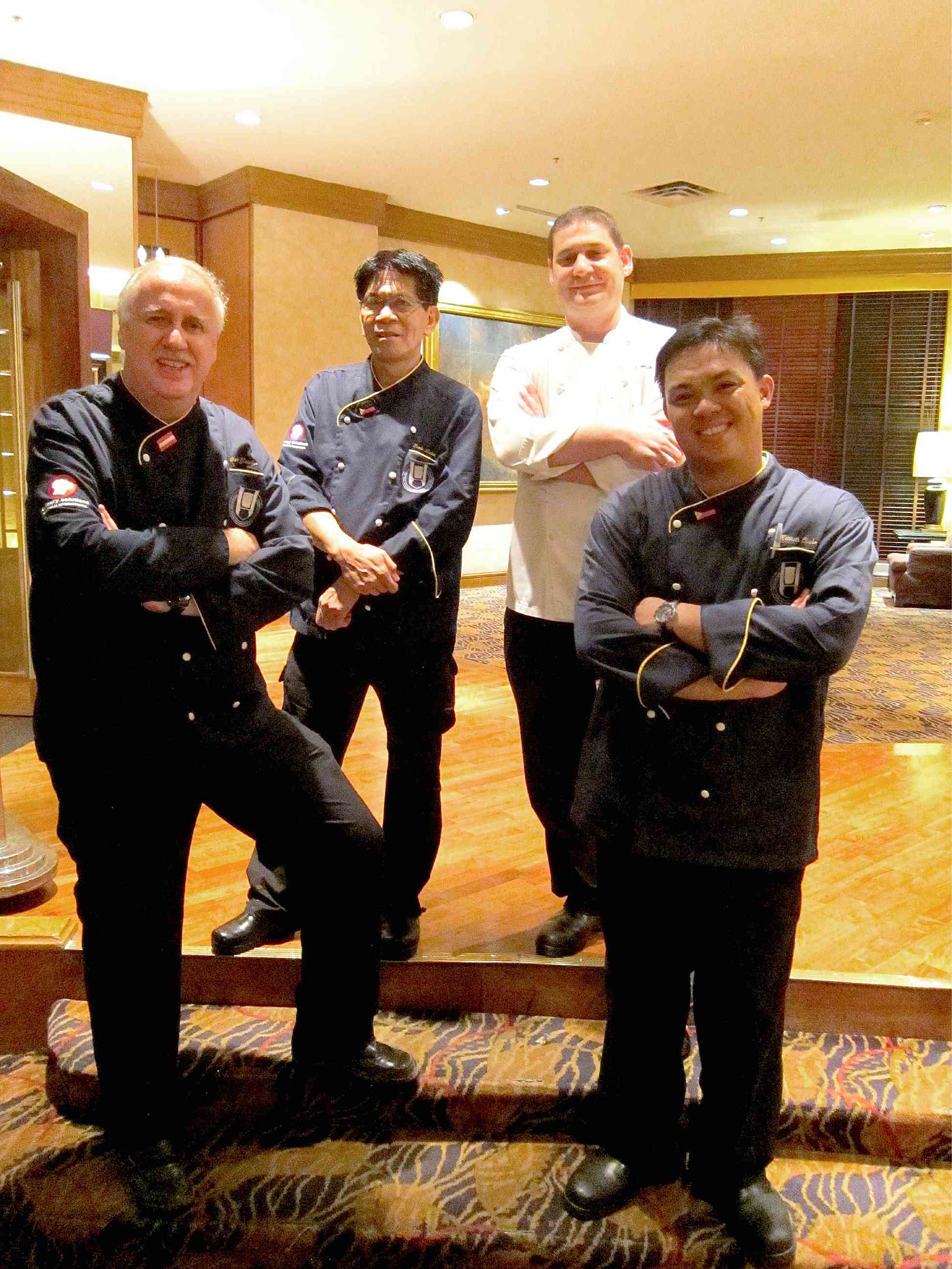 A final salute to the Mandarin Oriental Manila

The Mandarin, which closes this month, leaves us with many great memories.

Who can forget its Chinese New Year celebrations; the drinking sessions at Martini’s; the performances at the Captain’s Bar;  whiskey and cigars at Kiplings; the White Parties; dates at the Tivoli. Not to mention the live telecast of the 1998 Presidential Debates hosted by the late columnist Teddy Benigno where now Mayor Joseph Estrada, former House Speaker Joe de Venecia, former First Lady Imelda Marcos and Sen. Miriam Defensor-Santiago, among others,  for the first time shared the stage. Or the millennial countdown, complete with a 25-piece orchestra that was hosted by former TV talk show host Johnny Litton.

Most of all, we will remember Mandarin for the food it served in its many food outlets: the indulgent food festivals (my very first food fest coverage was as segment producer for “Good Morning Asia,” when I was fresh out of college); Paseo Uno’s super burger with bacon and egg, way before the gourmet burger trend; the creations of visiting Michelin-starred chefs from all over the world at the Tivoli; the late Chef Ed Quimson’s tinola paella that was first sampled at the Mandarin, and the Mandarin Deli’s L’ Hirondelle Cake, to name a few memories.

Much credit goes to Chef Norbert Gandler, its former executive chef who arrived in 1989, and whose cooking had even columnist Amando Doronila and the ultimate gourmet Doreen Fernandez waxing poetic on what they ate.

Doronila partook of the “Culinary Trail to Independence,” a resurrection a hundred years later, of the Malolos Congress Inaugural Banquet on September 29, 1898.

Of the occasion in 1898, Doronila was patriotic: “That banquet was the most eloquent testimony of the Filipinos’ capacity for self-rule without having to undergo refresher courses on democracy under the forthcoming American tutelage…the Revolution’s parody of the barbaric American interruption of the Filipino freedom struggle.”

But of Gandler’s interpretation, he was euphoric: “Most of us chose the rack of lamb… The serving—two racks—was just right and the meat was tender. The lamb was not smothered by too many value-added concoctions. It was nicely coated with herbs, and that centennial offering should be a standard against which one can measure similar rack of lamb preparations.”

And contrary to his usual critical stance, Doronila was effusive in his praise for the chef: “As a tribute to the chef, I was ecstatic with the fricassee of scallops and lobsters, especially the sauce, and this was the first time I wiped my plate clean of the sauce…”

Meanwhile, among Doreen Fernandez’s many articles about Mandarin’s restaurants and events, including one of a dinner replicating the menu on the Titanic, this one on Gandler and mushrooms stood out: “Chef Norbert Gandler believes that the succulence of goose liver balances the mellow, woody tones of mushroom varieties. Individualities that marry, blend and create new pleasure… Chef Gandler had made his point. Foie gras and mushrooms do make music together. And so he has in the menu a salad of pan-fried goose liver and sauteed chanterelles in a raspberry dressing; also smoked salmon with wild forest mushroom salad in a chervil dressing. Wild mushroom risotto with pan-fried goose liver is a hot appetizer; mushroom goose liver cappuccino is a soup.”

Hence it was but fitting that The Mandarin chose Norbert Gandler for its ultimate farewell dinner at The Tivoli last July. With Mandarin’s executive chef Rene Ottlik, sous chef Kenneth Cacho, and pastry chef Ernie Babaran, they created a fitting final salute to The Fan. They reminded diners why the Millionaires Salad was priceless: because while pressed mud crab with salmon roe would have been impressive on its own, it was accompanied by Babaran’s foie gras ice cream that can make even the most boisterous guest fall silent in reverie. They resurrected The Tivoli Bouillabaisse with its perfect broth, as if to say “this is how it’s done.” And as a final testimony to indulgence, the Austrian chef first served veal cheeks, scallops and mushrooms, and Australian Bultarra Saltbush lamb before finally giving his piece de resistance: roasted Nebraska Prime Angus Beef Strip Loin and Butter-poached Baby Lobster. So beautifully cooked and delicately presented, the dish made you realize why Gandler is considered Manila’s ultimate fine dining guru.

Mind you, the circumstances of his arrival were less than welcoming. “When Mandarin brought me to Manila, there were the brownouts, the explosion of Mt. Pinatubo and the coups (against then President Cory Aquino).” But he quickly laughed off his unfortunate timing: “I had just come from China where there were protests in Tiananmen Square, so it was alright.”

Gandler’s legacy goes beyond the food served in this Leandro Locsin-designed hotel. He took to heart the wise words of Jesus not only to give fish but to teach a man to fish : he mentored chefs who would later join the list of the country’s best chefs. This proud list includes pastry chef Ernie Babaran, Lolo Dad’s Ariel Manuel and Antonio’s Tonyboy Escalante.

Training under Gandler is no small feat. While to outsiders, it might seem glamorous, it was grueling in the kitchen. Babaran recalls, “I never ate lunch. Just soup… Pero pag nasanay ka na, one week rest lang hahanapin mo na uli. (But when you get used to [the stress], after resting just a week, you start missing it!)”

Ariel Manuel refers to the Mandarin as the breeding ground for his genius. “Mandarin was my hub. Everyday was like a competition in the kitchen. It was the flagship of champions!”

Tonyboy Escalante remembers learning from the best: “Every year we had five foreign chefs at the Tivoli. It was so nice to work with and learn from them. I learned a lot.”

Thankfully we can still enjoy these chefs’ cooking in their own restaurants today. Gandler continues to nurture aspiring chefs at the culinary school ISCHAM (where Babaran also shares his genius), which also runs Aubergine at the Fort.  Manuel had just closed Lolo Dad’s but will be launching a special menu for Island Cove, which we can look forward to visiting soon. And Escalante has the internationally appreciated Antonio’s in Tagaytay, which just keeps getting better and better.

The Mandarin officially closes September 9. But the food memories will live on forever. Thank you to the chefs and kitchen of Mandarin Oriental Manila for a tasteful and flavorful 38 years. As a friend of mine likes to say, “til we eat again!” •