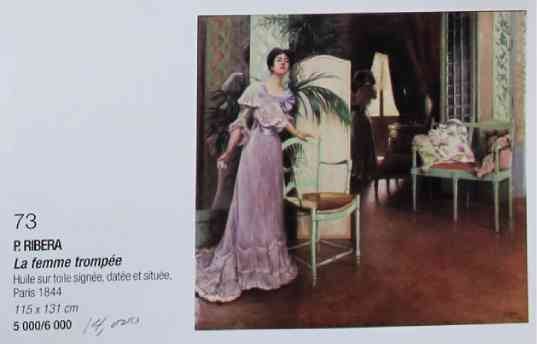 ‘La femme trompée,’ painted by P. Ribera, on a page of catalog of an auction held in Paris in July 2012 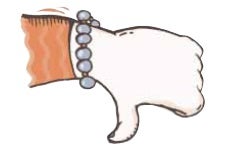 Will the fakery and deception never end? Apparently, in the art world, it remains a thriving trend.

Inquirer Lifestyle recently got hold of some pages from a catalog of an auction held at the Drouot-Richelieu Auction House in Paris, France, in July 2012.

The local art scene is abuzz with talk that it’s being passed off as a Juan Luna, allegedly authenticated by a Luna expert, and priced at P55 million. No takers, we heard, so far.