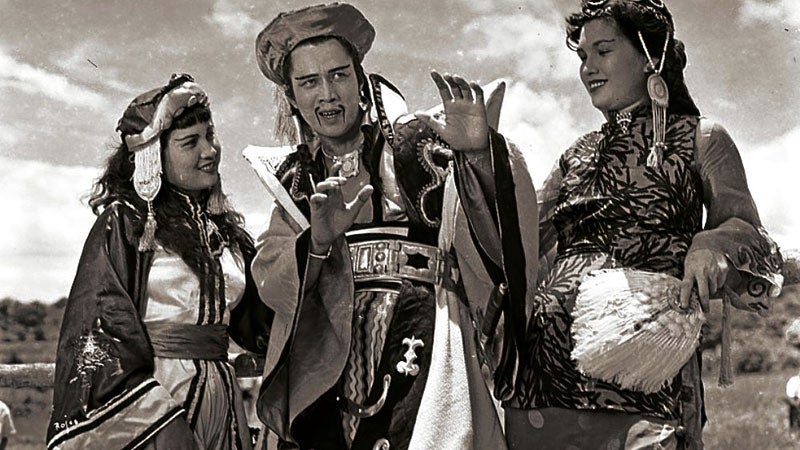 MANILA, Philippines–A University of the Philippines art professor’s curatorial proposal of a “poetic and political reflection on the history of world making” will be the country’s entry as it returns to the prestigious Venice Art Biennale 2015 after 50 years.

A panel of experts chose Patrick Flores’ curatorial proposal, “Tie a String Around the World,” as the official Philippine participant in the 56th Venice Art Biennale, an esteemed international art exhibition and the world’s first and oldest, according to a statement from the office of Sen. Loren Legarda.

The proposal of Flores, who is also curator at the Vargas Museum, revolves around the 1950 Manuel Conde film “Genghis Khan,” which tells the story of Khan’s youth and growth as a warrior, and of the formation of empires that connected the islands of the world.

The movie ends with Khan as a conqueror, sitting on a mountain, gazing over his dominion and promising his woman he would “tie a string around the world” and lay it at her feet.

The statement described Flores’ curatorial concept as a “poetic and political reflection on the history of world making, the links between geography and politics, and the notions of nation, territory and archipelago.”

Flores’ proposal was chosen from among 16 submissions following two days of deliberation. It was deemed most fitting for the Philippines’ return to the prestigious biennale after a 50-year hiatus.

Flores is also adjunct curator of the National Art Gallery of Singapore, a member of the Guggenheim Museum’s Asian Art Council, and a guest scholar of the Getty Research Institute in 2014.

The Venice Art Biennale will open on May 9 and will run until Nov. 22 next year.

As per Flores’ proposal, the newly restored film “Genghis Khan” will be exhibited at the Philippine pavilion at the biennale, which will also feature installation art and a multichannel video.

A statement from Legarda’s office said the film would be positioned “in conversation” with art projects of intermedia artist Jose Tence Ruiz and filmmaker Mariano Montelibano III.

The Philippine pavilion seeks to “initiate discussion on the history of the sea and its relationship with the current world, claims to patrimony, and the struggle of nation-states over vast and intensely contested nature,” it said.