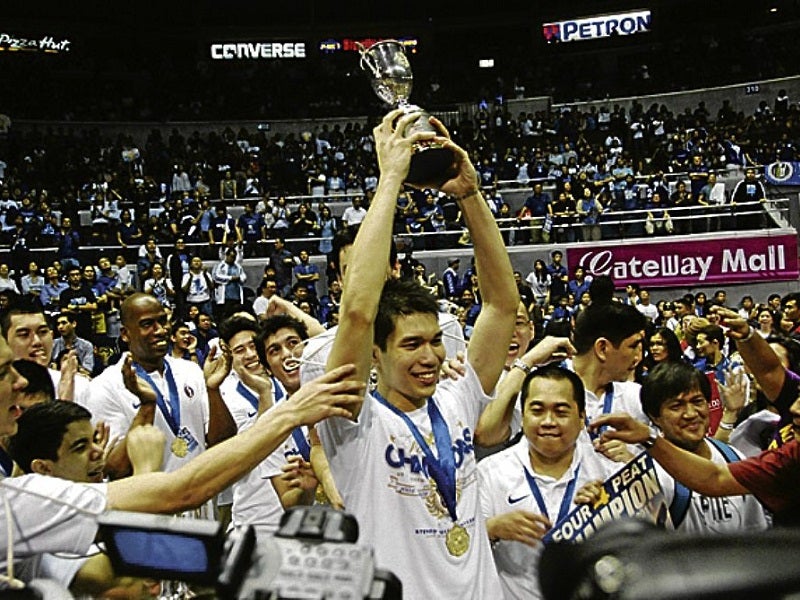 The next King Eagle 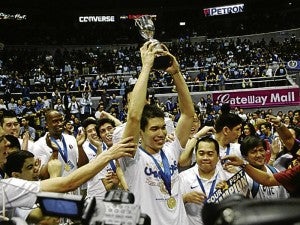 Nico Salva was in the shadow of the more popular players in his first few years as a Blue Eagle.

Even during his San Beda Red Cub days, he had always been a steady and consistent player. However, in a team where consistency is the norm, people can overlook you. They tend to gravitate towards the likes of Chris Tiu, Rabeh Al-Hussaini, Eric Salamat, and Kirk Long.

This year, Salva stepped up as the leader on the court.  He didn’t try to outshine Greg Slaughter nor did he try to take the spotlight off Rookie of the Year Kiefer Ravena.  He complemented all his teammates’ strengths.

“Nico has been a major player right from the start,” says coach Norman Black.

“He’s a very good offensive player. He has pretty much developed everything else in the game.  He’s very good in the foul line,” adds Black.

“His moves pump fakes and up and under moves always remind me of Kobe Bryant,” says 2bU contributing writer Pat Mayo.

“I daresay he learned it from the man himself,” Mayo adds.

Salva did get to join Bryant’s basketball camp on his rookie year.  He says that Bryant is his favorite player.

“I want the fans to remember me as the guy who won the championship every year,” says Salva. He continues, “And the player who worked hard for everything.  I want them to remember  I’m a player who played with pride and heart.”

Salva is always intense during a game.  He never even shows his smile.

After winning Game 2, he smiled to the fans that approached him and asked for his autograph.

I personally went to him in the midst of the celebration to ask if he was the Final’s Most Valuable Player. With his game face on, he looked at me and with all seriousness replied, “I still don’t know.”

There was a silence after his team received the trophy for being the champions of UAAP Season 74 in Men’s Basketball.

Salva stood at the front, still unsmiling, as they waited for the announcement of who got the MVP award.

His name was called and he stood on the spot dumbfounded.

It took a push from Slaughter and hugs from the rest of his teammates before he finally broke out a grin so big it blinded those who saw.

This is why he’s so valuable to the team.  He only smiles when he wins.

Let’s hear it from the fans

“I ADMIRE players who are humble regardless of the fame. Nico Salva is one of the few players that possess that kind of character. He is modest inside the court. He will score and do what he does best to make his team win. He knows when to step up and knows what his main role in the team. He’s got enough swag that makes him more adorable when he plays.”—Regine Daplas, Olongapo City

“One thing that makes Nico great is his ability to balance his studies while being part of the Blue Eagles team.”—Jessa Toriaga of Cotabato City “He is a beast when he plays in the court. He really plays well.”—Karlie Garcia of Quqzon City

“Everything is great about him!  Most especially is he has a good attitude.”—Ria Urgel of Makati City

“He is the total package! He’s a great player plus an outstanding student and most of all he is good looking.”—Kathrin Tayao  of Quezon City