I don’t Cara, I love it | Inquirer Lifestyle ❮ ❯ 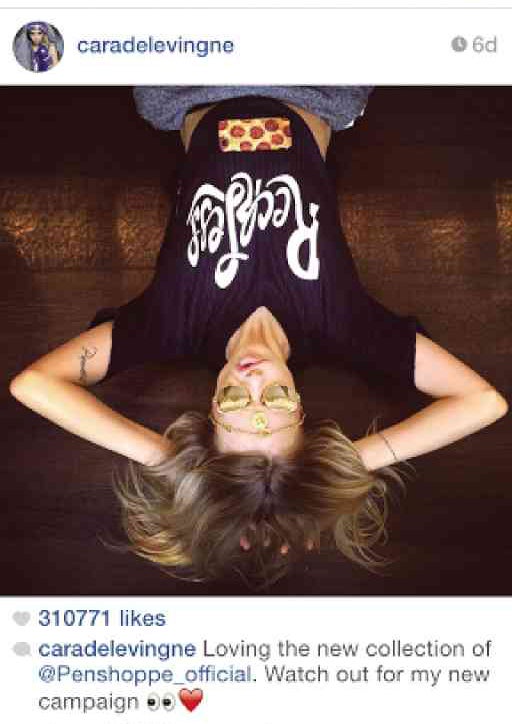 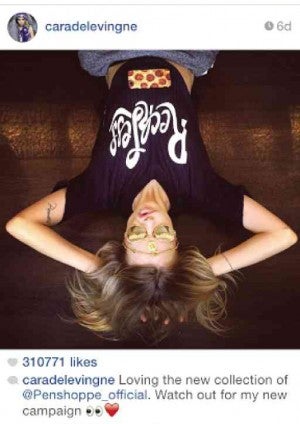 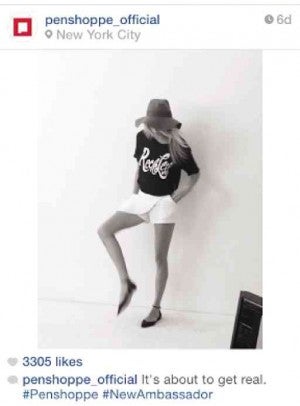 It was the British supermodel herself who broke the news in the middle of her campaign shoot in New York—posting two photos on her Instagram, where she has 6.8 million followers.

The OMGs rained and she was besieged with comments from excited fans, a lot of them Filipinos begging her to come to the Philippines. “PHILIPPINES PLSSSSSS I LOVE YOU MORE THAN BACON!” one fan wrote.

“Can’t wait to see this on the store window!!!” another posted.

Penshoppe brand director Jeff Bascon told Super: “Cara is the new face of fashion. We had a blast shooting her in New York… We are excited for everyone to see her new campaign coming out soon.”