How I started afresh at 76 | Inquirer Lifestyle ❮ ❯ 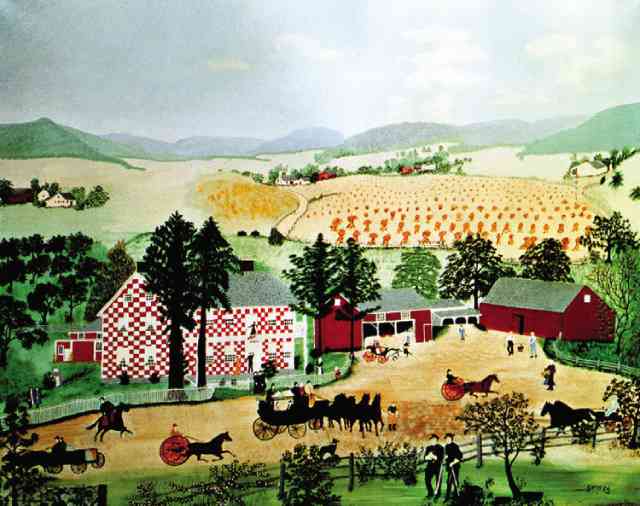 How I started afresh at 76

On the eve of my 76th birthday in May, I felt a rare excitement. With people living to be 100, I wondered about the long years that lay ahead of me. Would my life be more of the same, or could a new passage possibly begin?

I looked to Grandma Moses (1860-1961), the celebrated American artist, who started a new career at… 76! All her life, she lived and worked on a farm, embroidering fabrics until she developed arthritis and found needlework too painful.

It was then that she taught herself to paint, although she was more proud of her preserves than her paintings, which she gave her many friends, including the postman!

In a life of serendipity, she was discovered by art collector Louis J. Caldor while he was driving through the village of Hoosick Falls, New York. He saw her small masterpieces in a drugstore window and bought them all.

Three of her works were included in an exhibition of “Contemporary Unknown American Painters” at the Museum of Modern Art in New York. She was 79. The following year, she had her first solo show called “What a Farm Wife Painted” at New York’s Galerie St. Etienne. She painted passionately, catching the happiness of every moment.

The rustic charm of her works brought her international acclaim. In 25 years, Grandma Moses created over 1,600 paintings. A beloved legend, she was named “Young Woman of the Year” at 88 by Mademoiselle Magazine. And in 1960, New York Gov. Nelson Rockefeller proclaimed her 100th birthday “Grandma Moses Day!”

At 76, what did my own future hold? With easy clarity, I became aware of the one treasure I possessed: my mind.
I had learned that this wondrous instrument remained sharp and supple for as long as it pursued new ideas, untried activities, and novel ways of thinking. The key word was new—as in learning a new language or exploring an original avenue of self-expression.

But where to begin?

Like a gift of grace, the answer came unexpectedly. I was introduced to Coursera, an online platform for learning without limits, a revolution in higher education. Inspiring, accessible and real, it was the burst of freshness I had been wishing for.

Coursera was founded in April 2012 by two computer science professors at Stanford University. With topnotch universities—Princeton, University of Michigan and University of Pennsylvania—they concretized their concept, addressing man’s deepest longing to learn, to grow and to attain the highest level of human awareness.

I signed up immediately and took my first course in July. It was called “Art and Activity: Interactive Strategies for Engaging with Art,” offered by the Museum of Modern Art. The mere idea of learning from MoMA educators enthralled me!

Although designed expressly for art teachers, it developed visual literacy and critical thinking in a museum setting. It taught me to wonder creatively, to fine-tune my reflections, and to integrate the beauty of art to the beauty of my own life. It showed me that since life is beyond the seen, I must seek my own withinness.

In August, I enrolled in “Learning How to Learn,” a creative adventure offered by the University of California San Diego. It was exhilarating to share a wall-less classroom with 177,000 students eager to question, to discuss and to examine learning as creating. The course was potent for the young as well as for seniors, who finally had time to embrace new knowledge and explore the intricacies of the brain.

It focused on mental flexibility and thinking patterns, procrastination, memory and the priceless skill of staying curious. It taught me that to learn well meant being passionate and persistent rather than simply being bright, and that to keep discovering life made for a vibrant, youthful mind.

The superb scholarship of my professors made learning a powerful and fun experience. I loved their video lectures, which I could watch any time, over and over. Best of all, it’s simply fabulous to be part of a noble endeavor that was initiated for the singular aim of uplifting everyone everywhere.

After taking a couple of dynamic classes, I could see why Coursera is sweeping the world. In a span of just two years, it has partnered with 110 universities and organizations worldwide and offers 732 courses translated into 14 languages. To date, it has reached a phenomenal number of 8,990,442 Courserians.

“Learning How to Learn” received such unprecedented interest that, already, a repeat has been set for Oct. 3. This renaissance world is but a click away at www.coursera.org. There’s no need for an application form, entrance exam, or travel to an Ivy League campus. And it’s for free. The only requirements I imagine are openness, curiosity and sheer delight in learning!