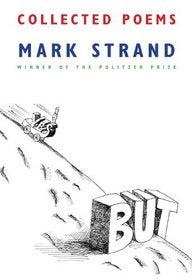 Glueck’s “Faithful and Virtuous Night” and Strand’s “Collected Poems” were among 10 poetry nominees announced Tuesday by the National Book Foundation, which presents the awards. Other prominent poets selected include Edward Hirsch for “Gabriel: A Poem,” a book-length elegy for his late son; Fanny Howe for “Second Childhood” and Claudia Rankine for “Citizen: An American Lyric,” a panoramic take on race ranging from Serena Williams to victims of Hurricane Katrina.

The longlist for young people’s literature, which included Carl Hiaasen and Laurie Halse Anderson, was announced Monday. The lists for nonfiction and fiction will be revealed over the next two days, with all categories narrowed to five finalists each on Oct. 15.

The winners will be announced Nov. 19 at a ceremony in Manhattan.