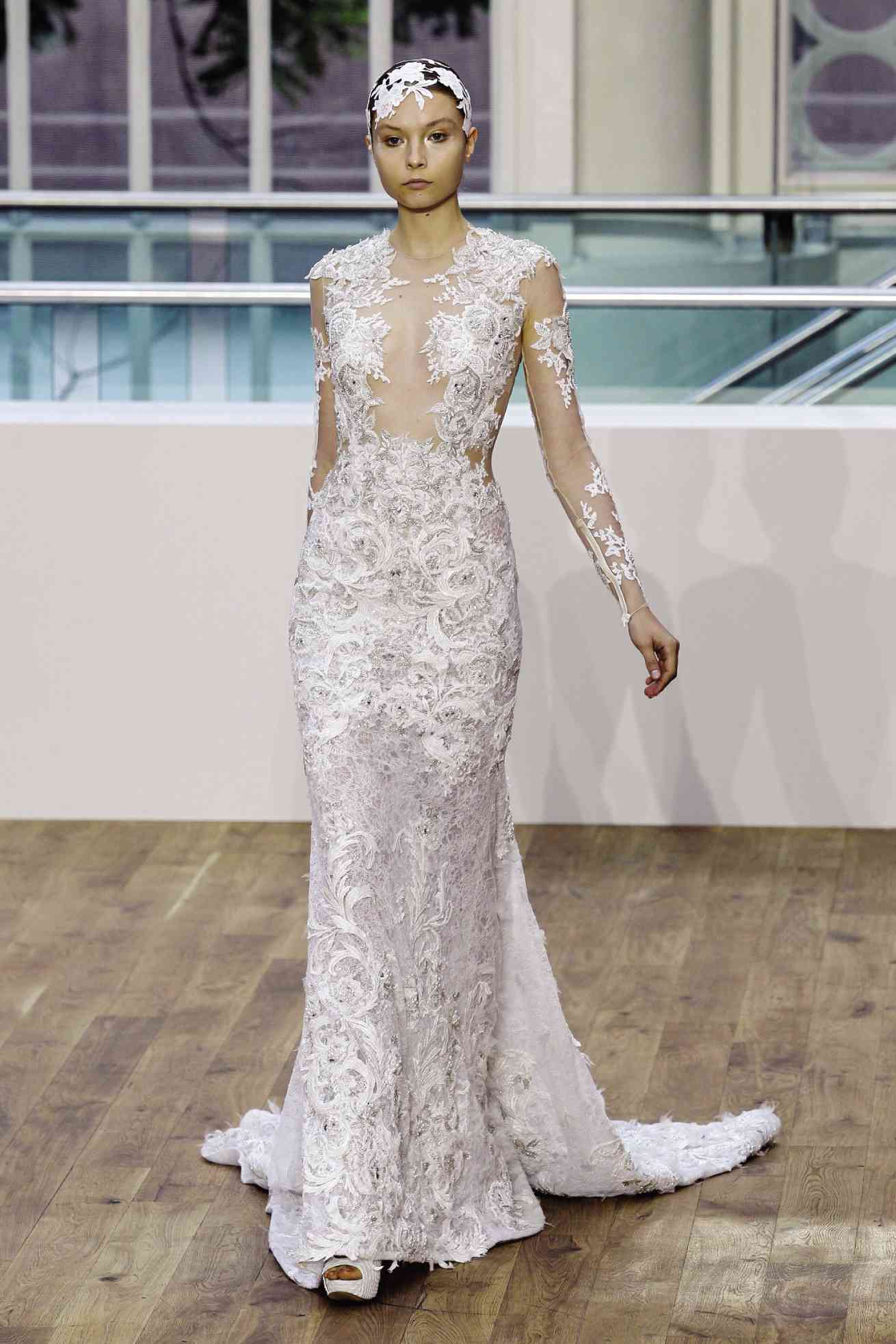 The runways of New York and London for Spring/Summer 2015 showcased a number of key trends. While colors and flowers are always represented, there were a few looks that might literally leave fashion watchers cold.

Sheer fabrics were used for skintight tops that left little to the imagination. At Burberry Prorsum, Christopher Bailey showed varied textures, layered looks and a studied use of ombre. In their see-through tops, the models would have shivered if not for the cropped denim jackets left unbuttoned.

Meanwhile, other designers showed tops that were covered with a cage-like floral design or a protective layer of bright yellow fur.

Olive drab was anything but when used by designers like Marc Jacobs and Ralph Lauren. Both mixed textures (matte and shiny, smooth and rough) to come up with dresses that referenced military might but were worn with fashionable flair.

Black and white showed up several times on this season’s runways with Narciso Rodriguez as the hands down winner. The American designer used slashes of black and white sparingly

to come up with dresses that were simultaneously modern and timeless. His flattering pieces can be worn simply or dressed up with heels and pearls.

Another trend that cropped up repeatedly was the robe, loose pieces that are luxurious and forgiving at the same time. Trace Barnhill put it succinctly when she wrote in Vogue.com, “In different fabrics and colors, the robe is global, historical, universal. It cradles the body without restricting.”

The robe comes in a number of styles like the wrap dress popularized by Diane von Furstenberg, the silk Japanese kimono or a dress with expertly gathered folds by Madame Gres. Expect to see these and other looks trickle down by the time Spring/Summer 2015 rolls around. Raoul J. Chee Kee