Jamie Blackley on ‘If I Stay’ | Inquirer Lifestyle ❮ ❯ 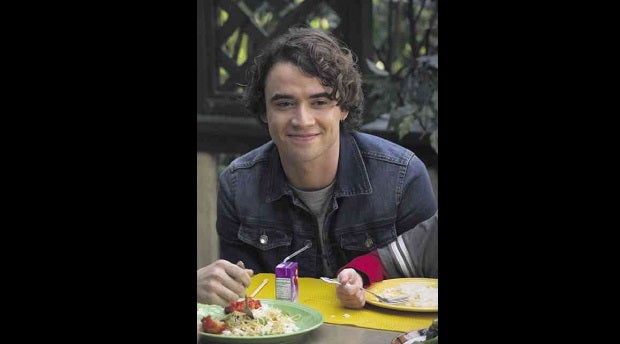 Jamie Blackley on ‘If I Stay’

YOU’VE seen Jamie Blackley on the big screen before. The young British actor has appeared in “Snow White and the Huntsman” and “The Fifth Estate.” In “If I Stay,” the incredibly moving adaptation of Gayle Forman’s bestselling novel, he stars opposite Chloe Grace Moretz as Adam, a rock musician and singer who falls in love with Mia (Moretz) and helps the shy cellist come out of her shell.

How did you first become involved in “If I Stay”?

I was going through a period where I literally couldn’t get a job for the life of me, actually, and I remember being sent the script and I ignored it. I was in that mindset of, ‘It doesn’t matter; I’m not going to get it anyway.’ But they kept e-mailing me, and they sorted out me going to see the casting director in London. But I just wasn’t feeling confident at the time. It’s quite funny, but I ended up getting the job. So I went and taped the audition and then over the weekend I heard that they wanted to test me. So, I flew out to Los Angeles and did the chemistry read with Chloë, and felt like it went okay. And it turned out I got the job.

She told us that she knew you were right from that read.

I didn’t know any of this. I remember, because I went on my Twitter and saw that Chloë had started following me. And I was like, “Wait, what does this mean? Does this mean I’ve got the job?” And at that point I had a feeling that it might go my way. Thank God it did.

Tell us about your character, Adam, and the journey he takes with Mia in the film.

Adam is in high school. He’s in a rock band and he notices Mia playing her cello after class is finished. I think he sees himself in her and her interest in music. What attracted him more than physically was just her level of interest in her instrument and her music. They develop a relationship and then, obviously, this awful crash happens where she goes into a coma. This happens right after they’ve had a massive blow-up, so it’s him comprehending the fact that he might lose her without getting to say “sorry.”

It was really daunting for me at first, just because I’ve seen her in so many movies. I think everyone gets star-struck. I always get star-struck, I just admired her so much before we started. So, to be able to act with her was really exciting and scary and fun. It just turned out to be really lovely and friendly and that made it all easier, when someone’s as generous as Chloë is.

What qualities does she bring to the role of Mia?

I think you really identify with the way that she and the actors create this family in the movie. Your heart breaks for them because the bond between them is so strong. I thought they did that so well, because it’s such a vital part of the movie to understand exactly what she’s losing.

And she worked so hard on the cello and, cello double or not, the physicality that she brought was so good, which I think is probably the most important thing in terms of her character.

You also play guitar and sing in the film.

I’m not that great. I can just play some basic chords and that’s it. If I was playing guitar by myself, especially an electric guitar, I think I’d definitely be found out. But I can play some basic things and get by. And I’ve watched a bunch of front men. It was just taking little bits from guys that I liked.

What bands did you check?

Julian Casablancas from The Strokes. When I start to conduct the audience, I wanted to just bring loads of energy just to get the crowd excited. And that was so much fun. It was great. They brought these extras in and they just loved it. Eventually, they started singing the songs back, and I can’t even imagine what that must feel like for a band.

A friend of mine is in a band at the moment, and I went to a gig about three weeks ago. It was the first time I was seeing young kids singing the lyrics back at them, and I could see it in his face, like: “Oh my God, they’re singing every single word.” I can’t imagine what that must have felt like for him. So for me to have that in a split second was kind of cool.

You’re from the UK, but your American accent is so good. Is this something that you developed in acting school, or did you just wing it?

I’ve been winging it, basically. (Laughs) Don’t tell anyone. I remember a period in my life where I was watching a lot of movies, and I just picked it up. I didn’t really have any lessons. It’s just something that, over time and through practice, it just kind of felt right, really, so I was pretty lucky.

What is R.J. Cutler like to work with as a director, and what was his process with the actors?

I think the fact that he comes from a documentary filmmaking place, he brought that human element to everything that he did. And I think as actors you can only respond to that brilliantly, because we’re all trying to convey the same thing. We’re trying to tell a story that’s truthful and that people will relate to. And I think having a background in documentary filmmaking is great, because that’s the kinds of stories that they’re used to telling.

He gave you an iPod with a playlist on it for your character. Can you talk about that?

He gave me a little iPod Shuffle with a bunch of music, like The Smiths, The Ramones, any kind of rock band you can imagine. But then I had my own bunch of stuff that I would listen to, some more contemporary stuff that I was interested in and that I thought was appropriate, like The 1975. I listened to them all the time. They were a group around at the moment that a lot of people like. And I’d watch a lot of gigs as well. On YouTube, I’d watch a bunch of shows just to get an idea of how people respond to crowds and that was great. It was cool being a rock star for a little bit.

What were your thoughts when you first saw the movie?

It’s always weird for me, because I can’t really watch a movie that I’m in without going, “That’s me.” And it’s the stuff that you’re not there for that’s really interesting. I was there with my girlfriend and my agents, and I just felt so strange, thinking, “There are people here and I’m just looking at myself up on the screen.” But I think towards the end, especially with the scene with Mia’s grandpa, that really got me.

When people go to this movie, what do you hope that they walk away with?

I think as long as a movie does something to someone, whether it makes them laugh or cry or both, I think you just want to evoke some kind of feeling in someone that they’re going on this journey with us. And that’s all I can hope for, that people believe the best in a relationship and come away with a little bit of heartbreak. I think that’s what we’re going for, and I just hope that the people who love the book come out of it going, “That’s the movie that we wanted to see.”

“If I Stay,” which is still running in theaters, is distributed by Warner Bros. Pictures, a Warner Entertainment Company.