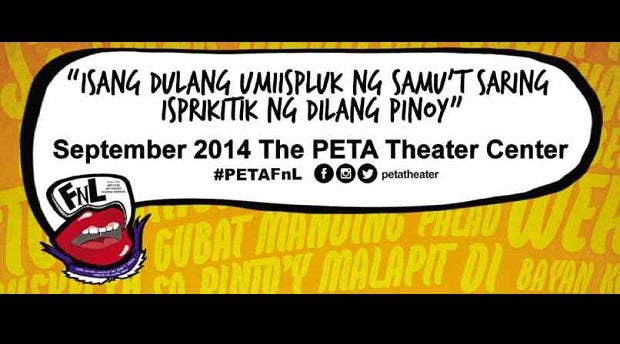 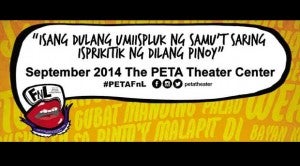 JS PRODUCTIONS Inc., in cooperation with Resorts World Manila, brings “Noli Me Tangere: The Opera” to Manila after its American run in New York and Washington DC.

“SHREK, The Musical,” with book and lyrics by David Lindsay-Abaire and music by Jeanine Tesori, runs at the Meralco Theater until Oct. 12, under Bobby Garcia’s direction for his Atlantis Productions.

Based on the story and characters from William Steig’s book “Shrek!” and the Oscar-winning DreamWorks animated film, the Atlantis production stars Rycharde Everley as Shrek, Shiela Valderrama-Martinez as Princess Fiona, Nyoy Volante as Donkey, Jett Pangan as Lord Farquaad, Nel Gomez as Pinocchio and Carla Guevara-Laforteza as Dragon.

Tickets are now on sale at TicketWorld. Call tel. 8919999 or visit www.ticketworld.com.ph 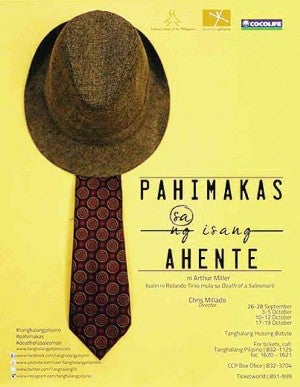 The translation is by the late National Artist Rolando Tinio. Chris Millado directs.

PETA’S “FnL,” a modern reworking of Franciso Baltazar’s “Florante at Laura,” presents an unusual encounter of Balagtas’ language and contemporary Filipino slang like “bekimon” and “jologs.”

Written by Rody Vera, Peta senior Anj Heruela and UP’s Maynard Manansala, the show’s initial run will be on Sept. 27-28 at the Peta Theater Center, under Ian Segarra’s direction.

“Ang Huling Lagda ni Apolinario Mabini” chronicles the last days of Mabini’s exile in Guam and explores the conditions which spurred him to return to his homeland.

RED TURNIP Theater’s production of Mike Bartlett’s “Cock,” which had a blockbuster run early this year, returns for one weekend only on Oct. 3-5 at Whitespace, Chino Roces Avenue Exit, Makati City.