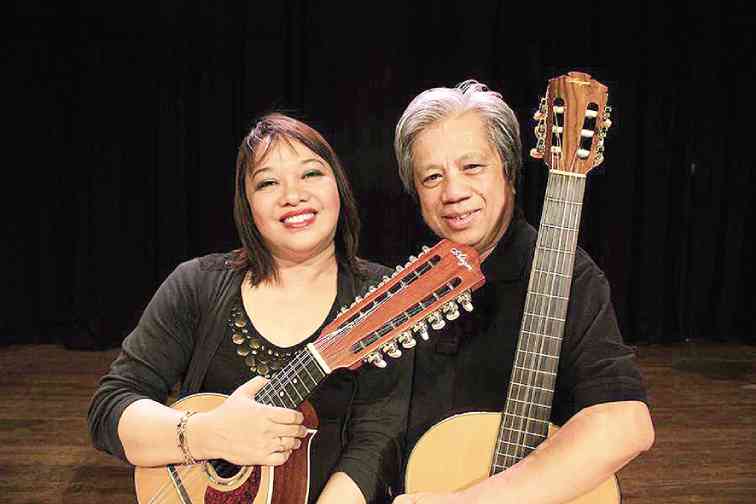 The musicalization of a beloved tale has always been par for the course in theater. Think of the reinvention of fairy tales in “Into the Woods,” or the seemingly endless parade of old movies redone for Broadway.

But Augie Rivera’s children’s book, “Alamat ng Ampalaya,” which won much acclaim, and many hearts, when it was first published by Adarna House 19 years ago, seems particularly suited for a theatrical adaptation.

The story has a feisty heart, it has a subtle moral (“Eat your vegetables!”) dressed up with much color, and it has, at its center, a complex protagonist who needs redemption—qualities that make the material the kind of entertainment that plays well with both children and adults.

“I wrote the story in 1995 when I was working as head writer for Batibot,” Rivera recalls. “While I was singing ‘Bahay Kubo’—I can’t recall for what reason—I realized that the ampalaya was not included in the quintessential song about Philippine vegetables. I did some research and found out that there was also no existing old legend about the ampalaya. So I decided that I will write my own ‘original alamat’ about this often hated vegetable.”

The result was a well-crafted tale about Ampalaya, a charming but envious resident of Sariwa, who covets the color, the texture and the aroma of other fruits and vegetables, and proceeds to steal these very qualities, turning the little community upside down. Drama, of course, ensues. There’s a trial, too.

Meanwhile, in New York, the much-awarded guitarist Michael Dadap—husband of the violinist Yo Cheng Ma and brother-in-law of the celebrated cellist Yo-Yo Ma—was contemplating what musical program to present for an educational organization he was part of, which was celebrating its 25th anniversary in 2000.

Dadap ran into a good friend, who gave him a copy of Rivera’s children’s book. “I thought it was a very witty and creative story,” he said. “I began thinking of songs that fit the story, and what inspired me to write the melodies and some of the dialogues and song lyrics were the distinctive flavors, tastes, colors, textures and even the sensitive nature of the vegetables.”

Patty Yusah helped Dadap write the libretto and hammered out a short musical program that played off the many characteristics of the vegetables in the story.

The students of Iskwelahang Pilipino staged the first performance of “Ampalaya the Musical” at Regis College in Boston. The original play was shorter, and the orchestration was set to the school’s rondalla ensemble. In 2006, Dumaguete’s Ating Pamana, a performing group led by Elizabeth Susan Vista-Suarez of Silliman University, staged a performance while on tour in the United States.

“It was during that performance in New York that I got to hear the score in a different setting. ‘Ampalaya’ took a new musical life. I realized that it could be developed into a full musical play,” said Dadap.

The full treatment he dreamed of finally came to life with a production that opened in Dumaguete City yesterday, with shows running until Sept. 22, at the Claire Isabel McGill Luce Auditorium, touted as the Cultural Center of Southern Philippines.

Produced by Silliman’s Cultural Affairs Committee, the new musical is directed by Peta’s Dessa Quesada-Palm, with musical direction by Vista-Suarez and set design by Lex Marcos.

Said the director: “I want people to experience [through the play] the ugliness of envy and greed, what it can do to people especially if it remains as a blind spot. The other side of that would be to be more cognizant of your own gifts and strengths and to embrace and nurture that.

“But I also want children to get to know and fall in love with local vegetables. How many children still know, more so have eaten, the vegetables mentioned in the folk song ‘Bahay Kubo?’”

“Ampalaya The Musical” runs until Sept. 22. Tickets and season passes for Luce Auditorium shows are available at the CAC Office at the College of Performing and Visual Arts Building II, and at the theater lobby before the show begins.