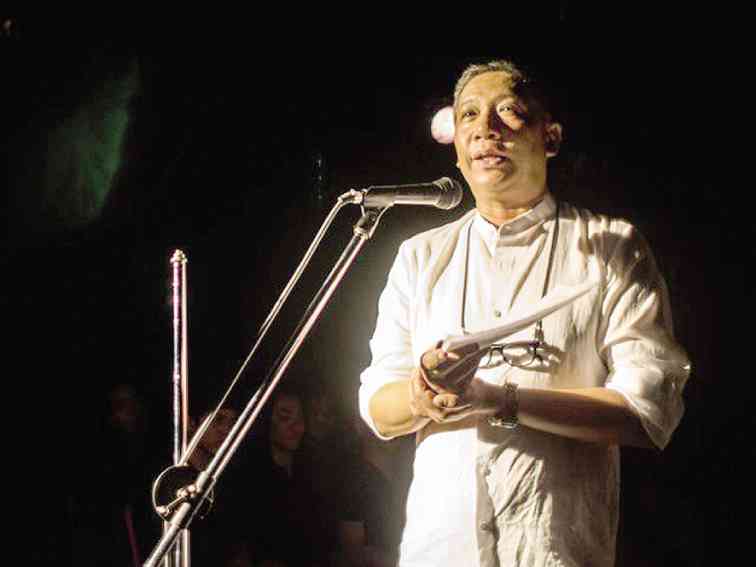 “Working on a musical about Mabini has been very stimulating because I get to set and paint the soundscape that would suit the mood envisioned by librettist Floy Quintos and director Dexter Santos.

“What is challenging and yet very exciting as a process is finding and creating their ideal music that could simulate a middle ground between the late 19th-20th century Western musical style and the classic Broadway style,” she says.

“What is even more challenging is to adequately deliver the general situations that the play wants its audiences to experience—to get inside Mabini’s clever and deep reflective mind, to feel and understand his internal struggle with his thoughts and decision-making, and to ultimately realize how significant it is to know and be aware of Mabini’s works and genuine nationalism.”

But we’re getting ahead of the story. Cayabyab is the daughter of Ryan Cayabyab (she was born Dec. 25, 1987). Naturally, she became a singer, arranger, young composer and music teacher.

She earned a degree in choral conducting, is the arranger-composer and soprano 1 of the female vocal trio Baihana, and has had stints with several other chorales.

Before “Mabini,” she wrote musicalettes for young performers enrolled in her father’s music school.

Early this year, she was the vocal coach for Dulaang UP’s “Ang Nawalang Kapatid,” which also had Quintos as librettist and Santos as director. Now, in “Mabini,” she’s working again with the same creative team.

“It is important to be up-to-date with changes in the script and in the staging so that the music can be immediately adjusted. Sir Floy was very open to changes in, say, deleting some words or phrases so that the lines would fit the music better. He would also give specific musical suggestions to fit the scoring of a scene,” she points out.

For now, she calls her first major musical output a work in progress.

“I could imagine that until opening week, we would still be making revisions until we are all comfortable with everything that will be showcased in this musical,” she says.

How does carrying the Cayabyab name affect her work? And what advice does her famous father give her?

“My father would say, ‘Just keep on playing around the keys of the piano until you find the melody or progression that would sit well with you. Always find a way to make passages interesting yet organically structured in the whole piece.’”

“In composing music, I think I got my parents’ notion toward unpredictability to keep the music moving forward every time,” she says. “Also, their love for surprising yet sublime harmonic progressions and unique yet lyrical melodic passages. From my mom, I got her love for conducting choirs. The enjoyment in teaching music also came from them.”

“At first thought I’d say it feels like we’re a special unit, because we all have this commonality in music, that we have it as our main source of living and that it is easier for us to understand each other. I would be in my room working, while Mama does her writing work in the living room; Papa does his work in the music room, while my brother is also stationed in his room either writing or also making music,” she says.

“But then we are just any other kind of family with different sorts of challenges,” she adds. “At the center of it all, I’m lucky to have a very loving and supportive family. It is a huge bonus that we get to have music as the enveloping layer of our being a family.”