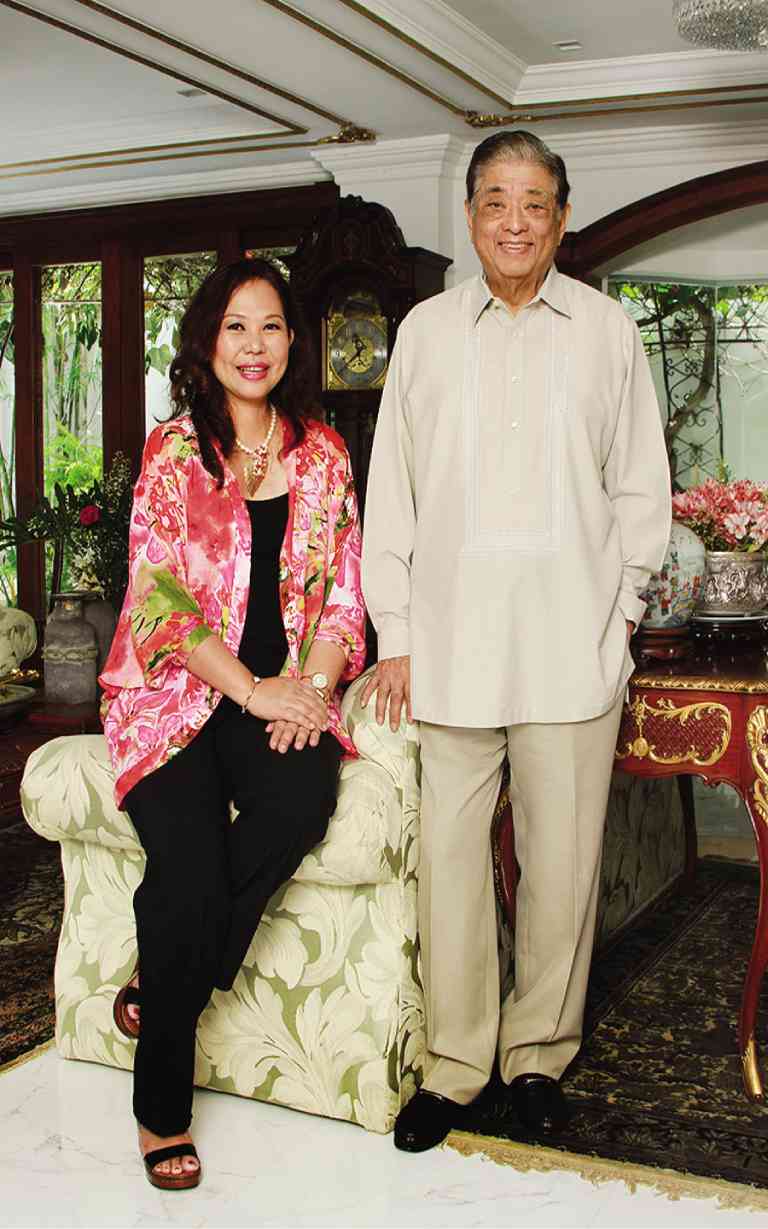 The Philippine Cancer Society (PCS) has been vigilant about educating the public on these diseases by providing diagnosis, research and patient services.

“We represent hope that something can be done. We want to increase survival and lessen mortality,” says Dr. Rachael Rosario, PCS executive director.

Thirty-five years ago, Rosario was diagnosed with non-Hodgkin lymphoma. She attributes her survival to early detection and accurately following the chemotherapy cycles.

The PCS was established in 1956 by Dr. Ramon Paterno and his sister Dolores.

“At that time, there was no knowledge of cancer. Cobalt was the state-of-the-art treatment for cancer. The Society raised funds from corporations. The money was for campaigns, and to change people’s view that cancer was a death sentence,” says Roberto Paterno, PCS chairperson.

The Paternos donated a piece of land in front of Malacañang which has become the PCS headquarters and clinics. The Society had blue-chip donors such as the Zobels and the Sorianos.

After the Edsa revolution, sourcing funds from donors became challenging. The PCS organized fundraising events to generate income for its projects. In 2004, the Society approached Helen Ong, who was a dynamic leader in the Santuario de San Antonio parish. She then suggested holding the Best Dressed Women of the Philippines Awards Ball.

“The money goes to the Cancer Society. Our main activity is to provide direct assistance to indigent patients. We visit communities regularly where we have cancer screening. We teach women to examine themselves and provide pap smears. The Patient Navigation Program utilizes nurses in different hospitals who hold hands with the cancer patients from test to treatment. In the past four years, we’ve assisted 3,000 patients. Cancer is a bottomless pit. The problem is that the poor don’t know where to go. They are afraid of the costs. We seek them out,” says Paterno.

When the Department of Health launched a program to offer free chemotherapy to breast cancer patients, the PCS was tasked to manage it.

“We need to know the burden of cancer in the country so that policies can be formulated,” she says.

PCS’ influence is reflected in the advocacy of smoke-free environments, warnings on tobacco pages. Its campaign against smoking helped the passage of the Sin Tax Bill, or higher taxes on socially objectionable goods and services such as tobacco and alcohol. The Society also supported the Hepatitis-B infant vaccination for liver cancer prevention. PhilHealth’s Z benefits package includes coverage of breast, prostate and acute lymphocytic leukemia.

“We have a budget that runs into millions. Our biggest budget is into helping patients for lab tests, diagnosis and chemotherapy,” says Rosario.

She is modest about the number of lives that PCS has saved.

“There are many factors. In the past two years, we’ve been assisting over 2,300 breast cancer patients who are poor. They are referred to by partner hospitals. Still, we can’t manage one patient from beginning to end. The doctor in the government hospital will recommend the PCSO (Philippine Charity Sweepstakes Office), but the waiting list is long. They come to us. While waiting for the PCSO, we do our part to help them get started. More important is the gift of love, the explanation of the importance of the treatment and doing them on time.” Marge C. Enriquez