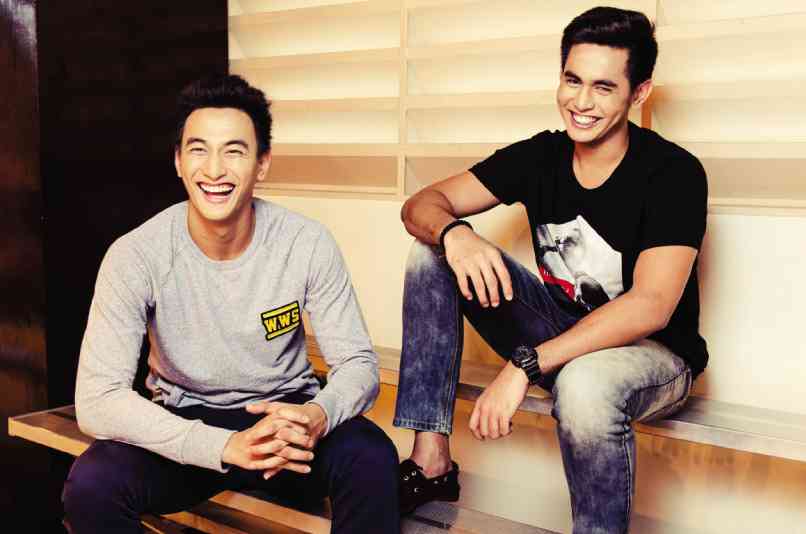 From afar it’s not difficult to notice them because of their height. Aside from being campus hotties, they are well-known for being legitimate big men in college basketball here and abroad.

However, before the Escoto brothers began shooting hoops, they grew up as volleyball players in grade school in Pampanga.

Their lives changed when the six-foot-six Russell Escoto was recruited by the Far Eastern University (FEU)-Diliman Baby Tamaraws.

The eldest of four siblings, good-looking Russell gained more attention as a power forward with a deadly shooting skill, which stretches as far as the three-point line—a big help for FEU’s dribble-drive offense.

But although Russell had committed to join the FEU seniors squad after high school graduation, he was first put on team B. Four years of hard work paid off when he and now FEU star player Mike Tolomia were recruited to play for the Philippine National Youth team with several other UAAP stalwarts.

But Russell could only watch last year’s season from the sidelines after he suffered a devastating knee injury, anterior cruciate ligament (ACL).

Midway through the second round of UAAP Season 77, Russell is focused on one thing: help FEU win its 20th title.

Meanwhile, 17-year-old Richard, the third of four Escoto siblings, has achieved milestones in the UAAP that cannot be ignored.

The six-foot-four center/forward has played in three different Fiba tournaments in the last two years alone. Richard was the starting center of the Batang Gilas which competed in the 2013 Fiba U-16 Asia Championships where the team won the silver medal; the Fiba U-17 World Championships; and the ongoing Fiba U-17 Asia Championships.

Richard, like big brother Russell, played volleyball as a kid. When Russell recommended him to play for FEU, there was no turning back for Richard.

And it was all worth it, as Richard became part of the FEU squad that won the UAAP season 74 Juniors’ Championship led by then Most Valuable Player Jerie Pingoy.

The victory was extra-sweet for Richard, as it was the first championship title of the Diliman-based team since it was accepted again in the UAAP after years of being unable to compete in the league.

When it was time to pick a school to play in college, Richard followed Russell’s footsteps.

Although Richard is currently enrolled in FEU-Manila, all members of the men’s varsity basketball team live and study in FEU-Diliman. The FEU athletics office built a state-of-the-art gymnasium inside the Diliman campus, which includes their dormitory.

And when the athletes have classes, the professors from FEU-Manila travel to Diliman.