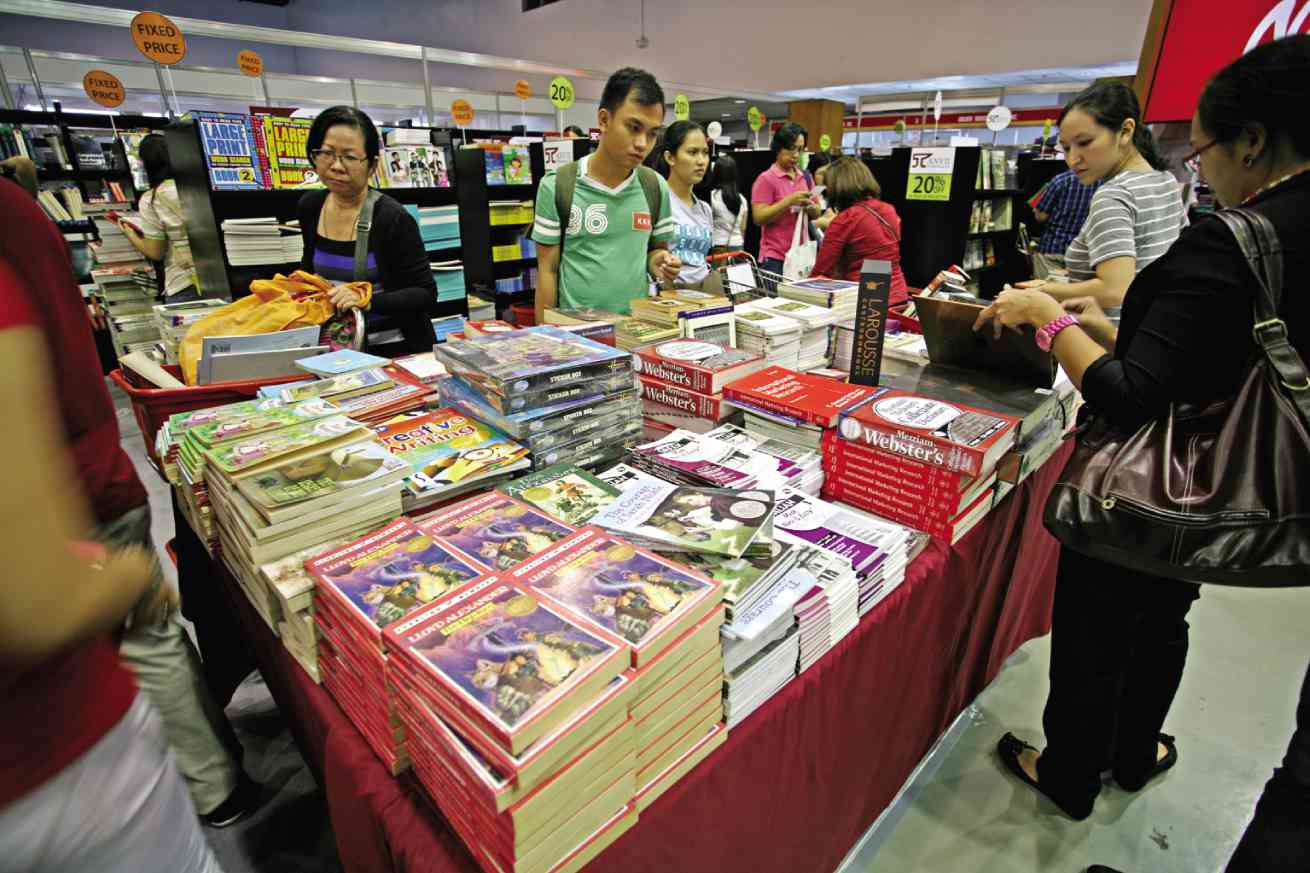 “Have I died and gone to heaven?”

That’s what I whispered to myself upon entering the hallowed halls of the Manila International Book Fair (MIBF) on Sept. 18. But instead of divine beings and an otherworldly paradise, this version of nirvana was full of books—piles and piles of glorious books… and they were being sold at a discount!

I remember a scene in the Disney animated film “Aladdin” in which the titular hero first enters the Cave of Wonders and gets dazzled, blinded even, by the mountains and mountains of gold, jewels and other treasures. That was how I felt at the book fair.

Except that I wasn’t like Aladdin, who had some semblance of purposeful self-control. I was more like his pet monkey, Abu, who wanted to grab everything and anything he could get his grubby paws on.

But my experience at last year’s MIBF taught me a lesson. No longer was I letting “animal instincts” take over. I had a budget and was bent on sticking to it.

On my second time to attend the MIBF at SMX Convention Center, Pasay City, the magic of this book wonderland hasn’t faded one bit. There were a lot of booths, from the big bookstores to local publishing houses, and all sorts of activities and events—book launches, meet-and-greets, seminars, etc.

But since I had only three hours to spend, I couldn’t afford to wander aimlessly. I focused on three booths: Anvil Publishing, Fully Booked and National Book Store (NBS).

In Anvil I found the “Reportage” books by esteemed Filipino journalist and National Artist for Literature Nick Joaquin. Unfortunately I panicked and ended up not buying them. (I have no idea what happened and I’m still beating myself up over this stupidity.)

Fully Booked was young adult (YA) book haven. It had shelves and shelves of YA novels from every genre you could think of: fantasy, sci-fi, dystopian, modern, mystery. It also had beautiful editions of classic novels and a good selection of nonfiction books.

It was a little overwhelming; I didn’t know where to start. And this was where my previous MIBF experience helped. This time, I was clutching a list of books arranged by order of priority.

First on my YA list was Leigh Bardugo’s “Grisha” trilogy. I knew from Fully Booked’s social media posts that it had a whole bookshelf dedicated to the series, so I was confident I could grab copies of all three books. Sadly, the bookshelf was almost empty that day—and it was only the second day of the fair! Filipino bookworms can be so competitive!

I also had to let go of Gary Shteyngart’s “Super Sad True Love Story” and Jennifer Egan’s “A Visit from the Goon Squad.” (Self-control can be a witch with a capital B.)

Then I went to NBS and nearly suffered a heart attack. It was just… everything! I homed in on their literary winners shelves and there I struck gold. I wanted to get everything: Miller, Faulkner, Atwood, Fitzgerald, Salinger, Chabon, Franzen, Neruda, Nin, Lethem, Morrison, Palahniuk and so many more.

It also had a shelf-full of Penguin’s oh-so-gorgeous Drop Caps editions and a few short story collections from The Paris Review and The New Yorker.

I saw hard-to-find Roland Barthes titles. I’m a Barthes fan and I’ve been encouraging everyone and their mother to give his books a chance. As a public service, I moved all of his books on the top shelf, snapped photos and posted them on Twitter and Facebook to entice other Barthes lovers.

Book shopping is mentally (and financially) taxing. Good thing I had two friends who helped me choose which ones to buy. Four books made the cut:

Vladimir Nabokov’s “Lolita”: I’ve been seeing this classic everywhere but it was only that day that I found its 50th anniversary edition whose cover I prefer over the book’s previous incarnations.

BJ Novak’s “One More Thing”: Fully Booked was actually selling autographed, hardback copies of the American comedian’s debut book. Novak is one of the stars and a writer of the hit US show “The Office.” For the life of me, I couldn’t understand why the signed(!) copies weren’t selling like hotcakes!

“20 Under 40: Stories from The New Yorker”: This collection of short stories was my spur-of-the-moment purchase. It features a new generation of fiction writers like Jonathan Safran Foer, Nicole Krauss and Chimamanda Ngozi Adichie. I still make it a point to buy an unplanned book in events like this, because you’ll never discover new books or authors if you don’t read something new. This is a hit or miss thing, to be honest. I suggest limiting yourself to one to two titles.

Douglas Coupland’s “Generation X”: Without a doubt, this was my best buy of the day. I’ve been looking for this book for years, scouring the metro’s regular book haunts for a brand-new copy. I almost gave up and thought of buying it online, so it really seemed like the stars aligned that fateful Thursday when I espied it hidden on a shelf at NBS.

I went home that day with tired feet and aching arms after lugging the books, clothes a bit drenched from the heavy rain, and an almost empty wallet.

But I had a full and happy heart. I guess it’s true, what some people say: Finding books is a lot like love; sometimes, it’s just meant to be.