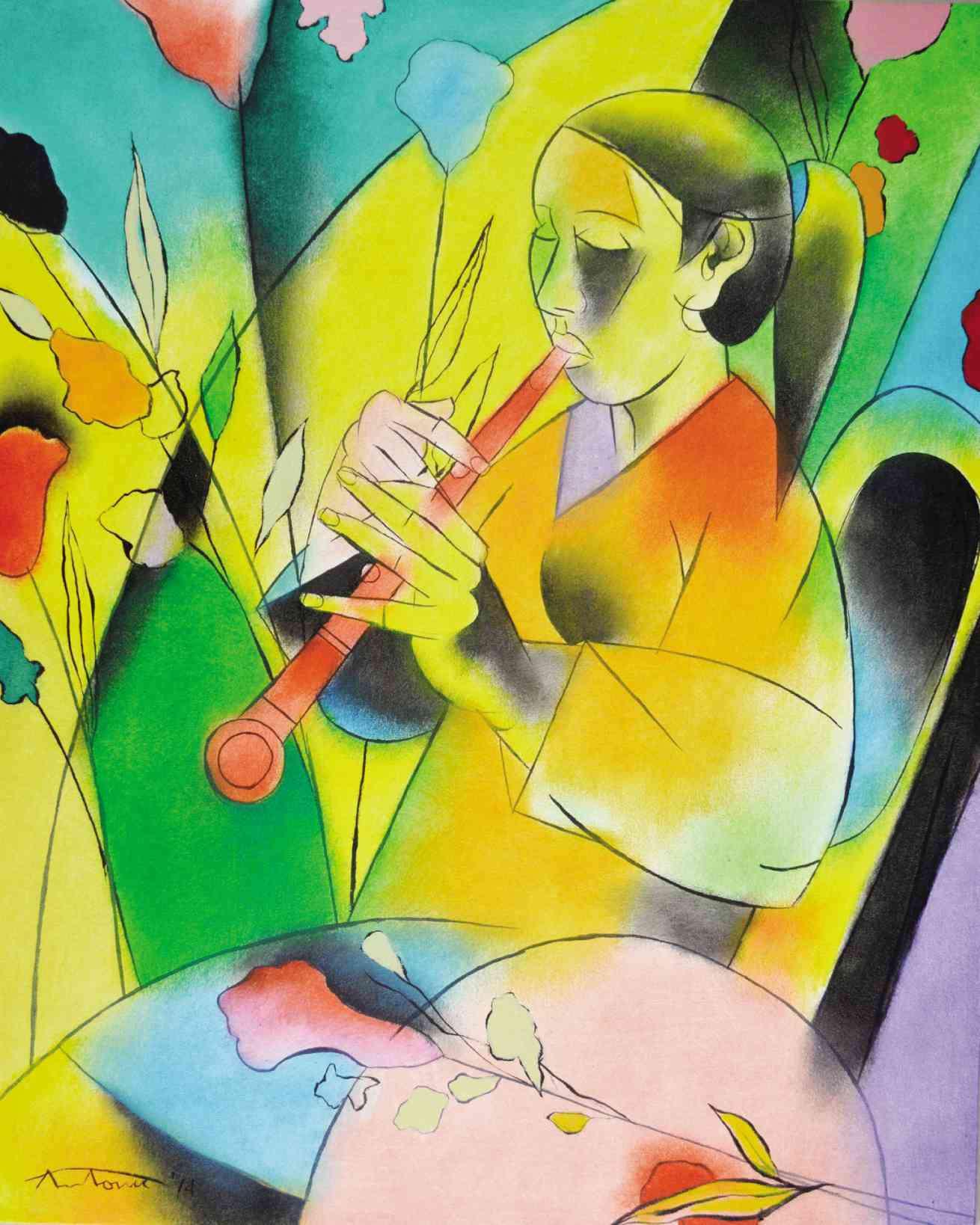 How two artforms—music and the visual arts—capture the evanescent is the subject of “La Musique,” a new exhibition in Galerie Stephanie at Libis that displays works by painters Angelito Antonio and Dominic Rubio and sculptor Michael Cacnio. It will open on Oct. 2 at 6 p.m. and run till Oct. 16.

Antonio’s teachers at UST included National Artist Vicente Manansala and Galo Ocampo, who not only awarded the young Antonio a scholarship but also gave him a teaching position while he was still a student—a position Antonio held for a decade after graduating.

The artist has over 20 local and international awards to his name, and is one of the original members of Art Association of the Philippines and the Saturday Group of Artists.

Antonio’s more recent works see him moving toward abstraction, or a mix of the abstract and the figurative. He is probably one of the last pillars of Modernism, adhering to its core tenet of dynamic expression.

Cacnio is one the foremost sculptors in the country today. Having had over 50 sold-out solo exhibitions in the US, Europe and Asia, his candid depictions of tableaux scenes of Philippine genre has been noted by critics as representing the best of genre in sculptural form. In 2006, he received the Ten Outstanding Young Men (TOYM) award for the visual arts.

A product of University of the Philippines, Michael Cacnio is also the first—and so far only—Filipino artist to exhibit at the Berlaymont in Brussels.

The appeal of Cacnio is in his ability to skillfully capture the Filipino way of life in his much sought-after genre sculptures in brass and glass.

Rubio has participated in several exhibitions in and around the region, including in New York, Hong Kong and Singapore. His signature technique of elongating the necks of figures from the Philippine colonial period has made him a staple of international collectors.

A graduate of Fine Arts from UST, Rubio is one of the most celebrated visual artists today, with no less than art critic Cid Reyes to comment: “Arresting is the punctilious application of pigment and the delineation of the figures… technically adept, Rubio displays impressive workmanship.”

In Rubio’s practice, the nostalgia is brought forth in his treatment of the subjects and the colonial contexts he places them in.

His subjects in this exhibition are musicians playing period instruments, such as the Chinese violin—and therefore wear the details of their historical period, costumes, equipment, all conforming to an idyllic reimagining of the past.

The artists revel in the ability of music to soothe one’s soul. In “La Musique,” they capture what composer Leopold Stokowski said, that “musicians paint their pictures on silence.”