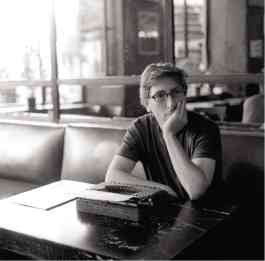 Why does John Lennon sing “Help!”?

“Vivir es fácil con los ojos cerrados” (Living is Easy with Eyes Closed, 2013) is set in 1966, a time when the Beatles were rumored to be breaking up, an interlude for John Lennon who went on a sojourn in southern Spain.

The movie’s title is taken from “Strawberry Fields Forever,” which Lennon is said to have written while filming “How I Won the War,” directed by Richard Lester, in Almería.

In the small town of Albacete, Antonio San Román (Javier Cámara), an English teacher, is a Beatles aficionado. He teaches his grade-school students to speak the language by reciting the lyrics of the Beatles’ song “Help!”, even as he explains why Lennon calls for help, and why they all need help, they all need somebody.

Antonio goes on a road trip to Almería, determined to meet Lennon and talk to him. En route he picks up two young hitchhikers, Belén (Natalia de Molina) and Juanjo (Francesc Colomer). Both youngsters are running away, the girl from a refuge house for single pregnant girls, and the boy from his home and his head-bashing police-father.

Antonio’s quest is quite simple, that is, to request Lennon to look at his notebook, which contains his handwritten transcriptions of the Beatles’ lyrics. Antonio has recorded the songs from Radio Luxembourg, but is uncertain whether the words are correctly transcribed.

The film’s strength is to narrate a straightforward story of people who are lost and in need, as an indirect mode to make a commentary on the social ills. The year 1966 belongs to Franco’s Spain, and her children, especially the youth, seem to be in need of direction, of dignity, and of a fearless future.

Specters of the authoritarian rule haunt the corners and coasts of a society in turmoil. The film portrays this through the motif of a heavy hand: in school, a priest’s repeated blows on the head of a student; at home, a father smacking his son’s face; or in some secluded house, a matron slapping a girl.

In another scene, Juanjo finds temporary work as a waiter in a bar. He is taunted by a group of farmers who take a sadistic dislike for his hippie hairstyle (the Beatles’ look). One day, finding Juanjo alone in the bar, one of them cuts off his locks.

This culture of power abuse is also revealed in one brief, striking scene: Belén strolls by the gate of the refuge house, and is startled by a young woman imploring her help in locating her baby. The matron of the house arrives and hits the woman.

Could this scene allude to some dark crimes in Spain’s troubled history, such as that of the “lost children of Francoism?” One such case involves what is known as los niños robados, or the stolen children. Over five decades, newborn infants “disappeared” from hospitals and clinics. Their parents were told that the babies died, but in truth, they were abducted and illegally adopted by the constituents of the Franco government.

This shocking practice was finally brought to light when two men from Barcelona made public the story of their “adoption”; and in 2011, a media campaign for truth and justice escalated, disclosing numerous cases of baby trafficking across Spain, involving hospitals, doctors, nurses, midwives, social service personnel, and even the Catholic church.

The year 1966 also recalls the Palomares B-52 Crash, when a United States Air Force bomber accidentally collided with a tanker during mid-air refueling over the Mediterranean Sea. The B-52 carried four hydrogen bombs, which were recovered afterwards, but a few non-nuclear explosives detonated upon hitting ground, and contaminated the southern coasts and villages of Spain.

This incident is alluded to in the film. As Juanjo’s family sits down for lunch, the television broadcasts the Palomares aftermath. Juanjo’s younger brother puts on a gas mask, as if he has perceived the horror of the imminent menace that will strike the people.

Javier Cámara, who received the Goya Award for Best Actor, is excellent as the mild-looking, middle-aged teacher who actually packs a lot of courage and strength in his heart. Antonio, the unlikely hero, lends a willing hand to children in desperation. He is someone who does not find it easy to live with eyes closed.

“Too many people live in fear in Spain,” Antonio grimly tells Juanjo and Belén, as he encourages them to stand up and defy a system of maltreatment, aggression and injustice.

The film appropriates and underscores the political relevance and time-enduring factor of the Beatles’ songs. With such lines as “Help me get my feet back on the ground,” “I wanna hold your hand,” “Now I find I’ve changed my mind and opened up the doors,” the songs become “life-saving” words and music—a symbol of protest and hope even for today’s desperate, gifted youth.

Spanish cinema today continues to remember the appalling legacy of the Francoist era, perhaps, as a strategy to erase its vestiges of violence and terror, a warning that history should not repeat itself, or a cleansing act that might lead to a new and brighter future.

“Vivir es fácil con los ojos cerrados” (Living is Easy with Eyes Closed) will be shown during Pelicula, Spanish Film Festival, at Greenbelt 3, Cinema 1, on Oct. 10, 7 p.m. It will be presented by its director, David Trueba himself, on Oct. 17, 9:30 p.m.

For complete information on the festival, contact Instituto Cervantes (tel. 5261482), visit www.manila.cervantes.es, or log on to www.facebook.com/InstitutoCervantesManila.

Shirley O. Lua is a poet and a professor of Literature at De La Salle University, Manila. She wrote the texts for “44 Cineastas Filipinos,” a coffee-table book on Filipino filmmakers photographed by Spanish artist Oscar Fernández Orengo.