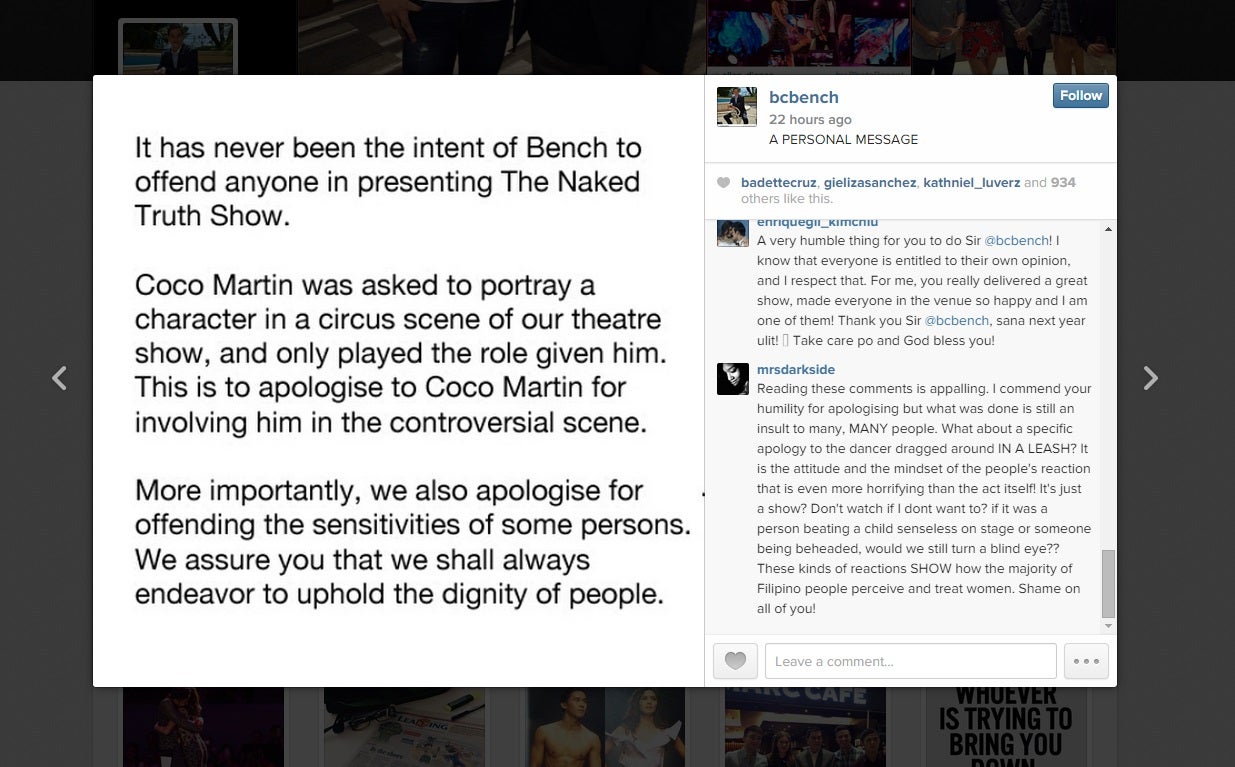 MANILA, Philippines – Ben Chan, founder of clothing chain Bench, has apologized to actor Coco Martin for being dragged into the controversy caused by “The Naked Truth” underwear fashion show.

“Coco Martin was asked to portray a character in a circus scene of our theater show, and only played the role given him. This is to apologize to Coco Martin for involving him in the controversial scene,” Chan said.

During the fashion show, the actor walked on the runway with a female acrobat on a leash. This earned the ire of netizens and female lawmakers, including representatives from Gabriela Women’s Party and Senator Pia Cayetano.

Chan posted the message a few days after Bench released its public apology.

He said it was not their intention to offend anyone.

“More importantly we also apologize for offending the sensitivities of some persons. We assure you that we shall always endeavor to uphold the dignity of people,” he added.

Netizens applauded Chan’s decision to issue his own apology, saying he did the right thing. However, one commenter said he should have also apologized to the woman who was made to wear a leash.

Would the public still be up in arms if it were Marian Rivera pulling a man-cat on a leash?