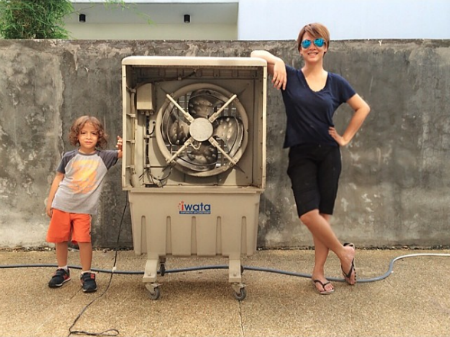 MANILA, Philippines – Traditionally, it is believed that standardized intelligence tests measure intelligence accurately and meaningfully, but according to Howard Gardner, Hobbs professor of education and cognition at the Harvard Graduate School of Education, intelligence is more complex than that.

“It was generally believed that intelligence was a single entity that was inherited, and that human beings – initially a blank state – could be trained to learn anything, provided that it was presented in an appropriate way,” said Gardner in his landmark work Frames of Mind, The Theory of Multiple Intelligences. “Nowadays, an increasing number of researchers believe precisely the opposite; that there exists a multitude of intelligences, quite independent of each other, that each intelligence has its own strengths and constraints…” he added.

While the concept of multiple intelligence may not seem to have caught on in the Philippines yet, experts from Wyeth Nutrition’s Progress Pre-School GOLD say otherwise, noting that the progressive moms behavior very much points to their acceptance of the theory’s advantages.

Moms’ response to a challenging environment

Every mom wants what’s best for their children.

With more readily available and wide-ranged activities to explore, Filipino moms involve their kids with as much programs at an early stage. Options such as special classes, sorts clinics and art classes help children know more about a wider range of subject matters.

More mothers are also enrolling their children in school to receive pre-primary education at earlier ages than the norm a decade ago. Furthermore, with the social media boost, Filipino moms have formed the habit of showing off their child’s big and small achievements.

The digital space has urged moms to celebrate that their children have what it takes to stay ahead of their generation by being more well-rounded. “It seems like the standard of intelligence had levelled up. A child can be considered an achiever if he is successful in demonstrating his understanding of concepts and skills in multiple ways given different scenarios,” says Mikaela Lagdameo-Martinez, model, entrepreneur.

This paradigm shift in developing intelligence has caused moms to commit towards inspiring, challenging and preparing their children to become excellent in more fields and make sure that as the next generation, their kids will contribute to society’s progress.

For more tips on how you can develop your child’s multiple intelligence, visit https://www.facebook.com/progresspreschoolgold. (advt)