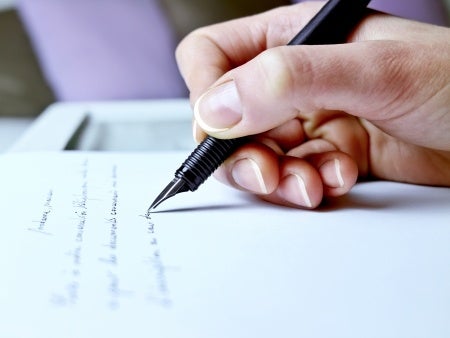 Relearning the art of letter writing and using ‘snail mail’ 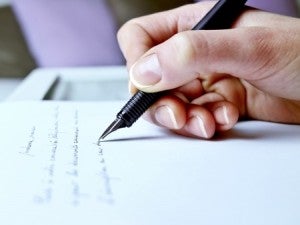 MANILA, Philippines—To try to bring back the forgotten art of letter writing in the age of email and 140-character limitations of Twitter, the Department of Education is urging high school students to take part in World Post Day activities.

In an October 3 advisory, the Deped’s Komisyon sa Wikang Filipino said it was teaming up with the Philippine Postal Corp. for the 2nd National Letter Writing Day on October 9 to be held simultaneously in 35 SM Malls nationwide.

National Letter Writing Day in Metro Manila will be held at the SM Aura in Taguig City.

With “Pinasaya”—past tense of the Tagalog equivalent of the verb “to bring joy”—as this year’s theme, a participant will be asked to write a letter containing happy thoughts to bring joy to a family member, a friend, a teacher, or anybody the student considers special.

According to the DepEd advisory, the activity is aimed at developing a learner’s composition skills, promoting positivism, and fostering a passion for letter writing amid the prevalence of social networking sites and electronic communications. It is also intended to build stronger friendships and family ties.

The activity is also aimed at familiarizing the youth in the age of the Internet with one of the most basic forms of communication as well as the functions of the postal system, now referred to as “snail mail.”

A regional contest is to be held on November 8 for the Universal Postal Union’s 2015 international letter writing competition, which will be open to grades 7 to 9 students from selected public and private secondary schools nationwide.

According to the UPU website, the competition “is an excellent way of making young people aware of the important role postal services play in our societies, developing their skills in composition and the ability to express their thoughts clearly, fostering their enjoyment of letter writing, and helping strengthen the bonds of international friendship.”

All entries to the contest must be submitted through post and each participating country is expected to choose a national winner with one entry for the competition with the theme: “Tell us about the world you want to grow up in.” The best letter from each country must be submitted not later than April 30, 2015.

The competition gives youth worldwide a chance to express their hopes for the world and propose possible solutions on challenges facing the planet.