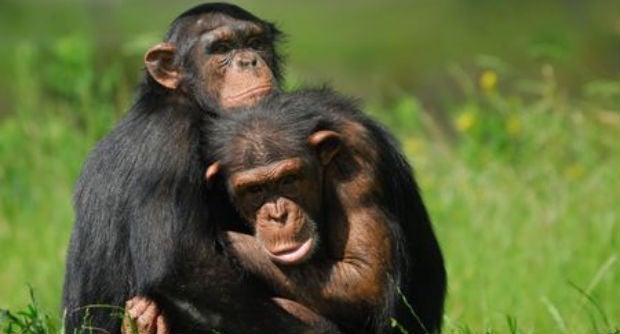 US appeals court to decide if chimps ‘legal persons’

NEW YORK — A New York State appeals court on Wednesday heard arguments on whether chimpanzees held in captivity should be recognized as “legal persons” entitled to live in freedom.

Animal charity The Nonhuman Rights Project is petitioning courts to move four chimpanzees held in confinement in New York state to a sanctuary to live out the remainder of their days.

Law, science and history prove that chimps have characteristics including self-consciousness and empathy that “establish personhood” and the corresponding right to liberty, the group argues.

“It is important to note that we are not trying to give human rights to chimpanzees,” the charity argues on its website.

Lower courts last year threw out the cases. On Wednesday, a higher court in state capital Albany heard the first appeal, of a chimpanzee called Tommy.

The charity says Tommy is being held captive in solitary confinement in a “small, dank, cement cage in a dark shed in temperatures 40 degrees below his native land” in Africa.

“He is unable to do the things that are natural to chimpanzees. He cannot build a nest, socialize with others of his own kind, or forage for food,” it writes on its website.

Last year, his owner Patrick Lavery told local newspaper Times Union that he “likes being by himself” and has a television set, cable and stereo for entertainment.

The charity said it was allowed more than double its allotted 10 minutes to argue its case and that it was pleased with Wednesday’s oral argument, which was “presented to a packed courtroom.”

Lavery reportedly waived his right to make an argument to the appeals judges.

A decision is not expected for another four to six weeks, the charity said.

Appeals will also be heard on behalf of three other chimps — Kiko, deaf and living in a private home, and Hercules and Leo owned by a research center and used in locomotion experiments on Long Island.

The Nonhuman Rights Project says Kiko is partially or totally deaf because of abuse suffered on the set of a Tarzan movie before being acquired by his current owners.