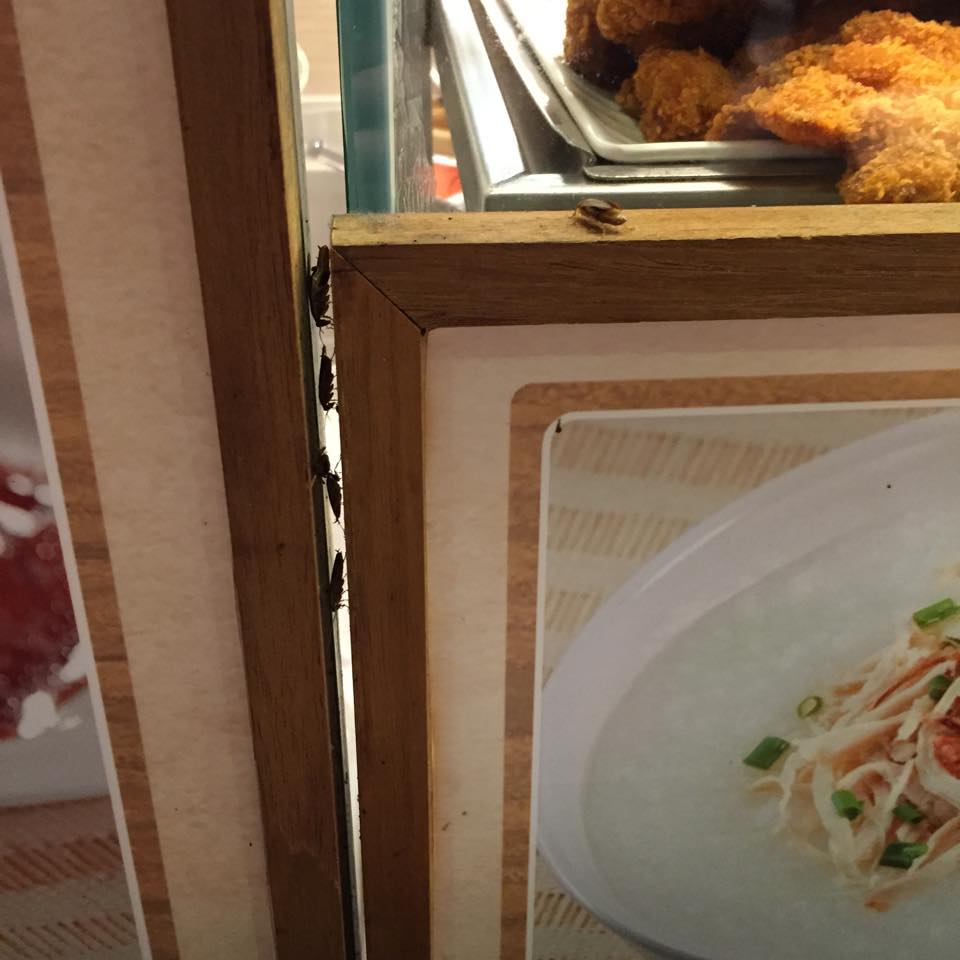 Netizen Kovit Ang posted a picture on Facebook on Monday afternoon showing a troop of five cockroaches at the food court, 1983 - A Taste of Nanyang.

SINGAPORE — A food court at Marina Bay Sands has been closed temporarily for thorough cleaning, after a photograph of cockroaches patronizing one of its stalls went viral online.

This happened after netizen Kovit Ang posted a picture on Facebook on Monday afternoon showing a troop of five cockroaches at the food court, 1983 – A Taste of Nanyang, with one of the cockroaches just inches away from a piece of fried meat that was being sold at one of the stalls.

The Straits Times contacted Mr. Ang, 41, who said his “hair stood on end” when he saw the crawlies.

“It was such a joke though, because the cockroaches were so obvious and yet people were still ordering from the stall,” said the fashion stylist, adding that he walked straight out of the food court after snapping a picture of the sight.

Mr. Ang’s Facebook post has since been shared more than 200 times, with many netizens expressing disgust at the poor hygiene conditions of the food court.

Said netizen Christina Chung: “No wonder they charge so ex(pensive)! Must be the “extra ingredients”!”

Marina Bay Sands issued a statement on Thursday to say that they were “aware of a pest incident” that occurred at 1983 – A Taste of Nanyang on October 6. The food court, which is run by Koufu, is located at the South Promenade of The Shoppes.

“We immediately took action and worked with the tenant to conduct checks and investigate the incident,” said the statement.

“The outlet is now closed temporarily for thorough cleaning and will reopen upon further notice.”

The statement added that Marina Bay Sands maintains strict hygiene levels in their operations, and that they expect the same level of high standards from their tenants.

“We will continue to ensure these rules are applied consistently across the property. To prevent this incident from happening again, the tenant will increase the frequency of its pest control checks,” it said.

RELATED STORIES
When in Marina Bay Sands, look for Ella

A roach is a roach