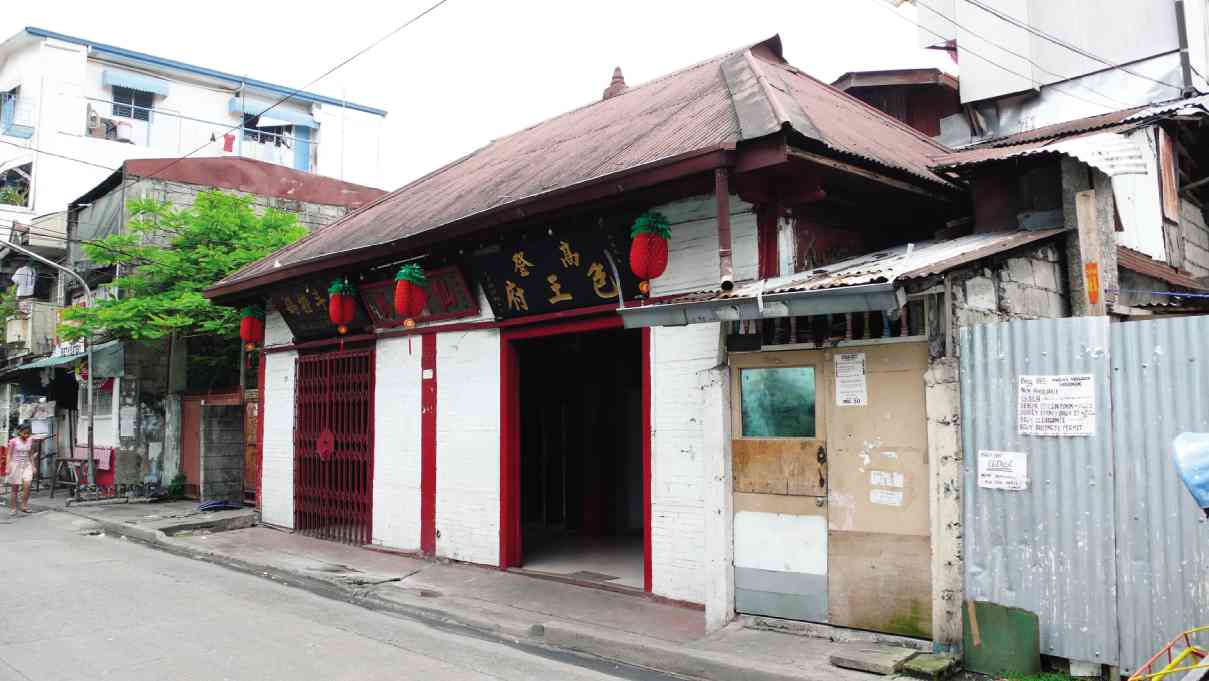 Sta. Ana’s cross-cultural influences are evident in this Chinese temple directly behind the church

MANILA, Philippines—The Manila City Council has called for the strict implementation of zoning policies and other building regulations in the historic and cultural district of Sta. Ana amid the disruptive spread of new construction projects in the area.

The City Council passed a resolution compelling the City Planning and Development Office to strictly enforce the construction limits for the Sta. Ana Histo-Cultural Heritage Overlay Zone, which is bounded by the San Juan River on the north, ML Carreon and Tejeron Streets on the west, Del Pan Street on the south and the Pasig River on the east.

The planning and development office was required to strictly implement provisions of the Manila Comprehensive Land Use Plan of 2006 in relation to the Sta. Ana district, namely the allowable uses of land in the area and land use intensity control ratings.

Councilor Priscilla Marie Abante, author of the resolution, said it was drafted in response to the threat of new high-rise commercial and residential constructions in the area.

“Sta. Ana is a prime location—it is very near Makati and Mandaluyong, and it is very accessible from those areas as well,” Abante told the Inquirer. “But at the same time, it is also a protected area, both by a local ordinance and by the National Historical Commission of the Philippines.”

While this means that building projects inside and around the area should be limited, Abante said these measures still lack implementing rules and regulations that would add more teeth to the law.