Free your skin from dryness and sensitivity | Inquirer Lifestyle 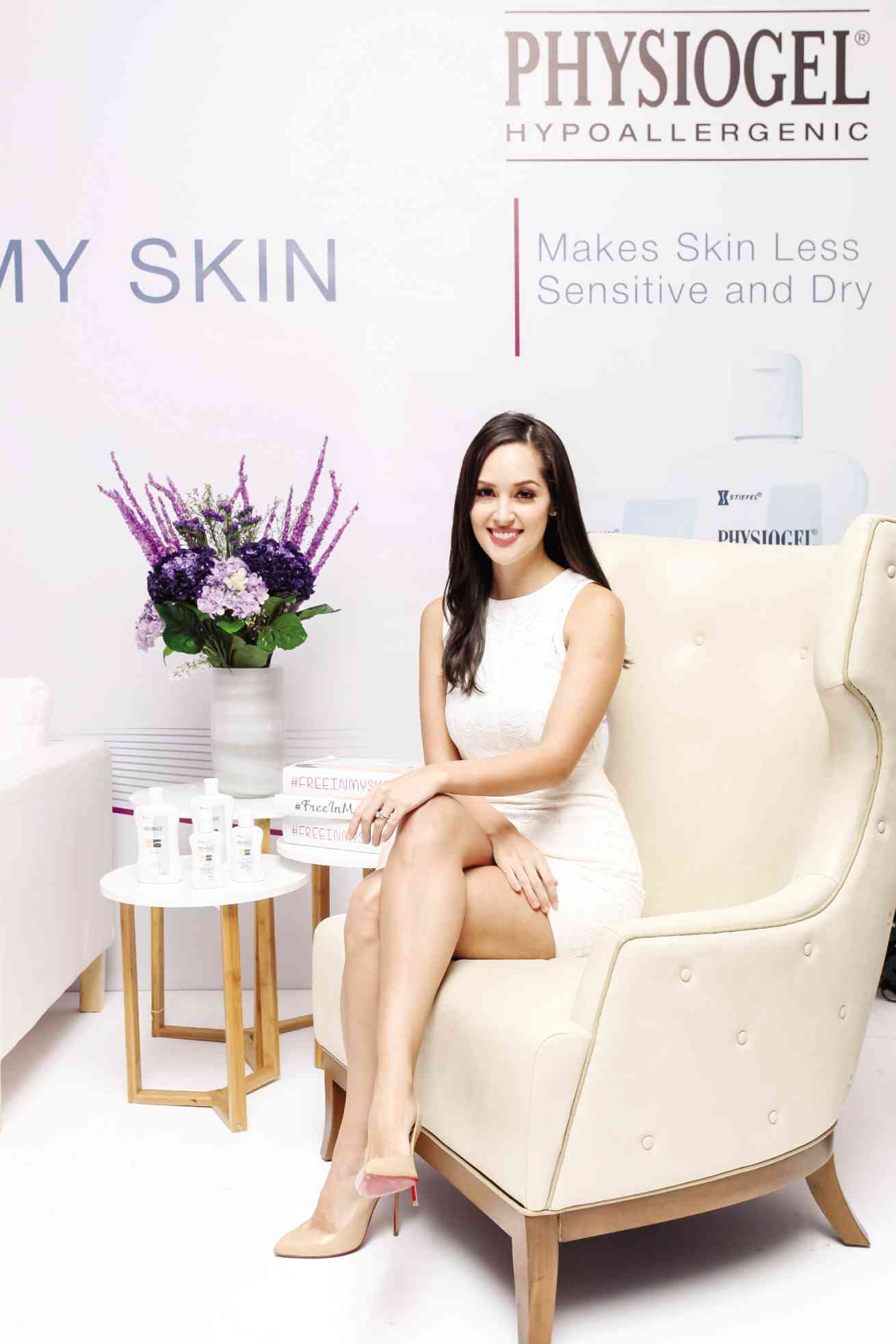 PATTI Grandidge-Herrera is a vision in white. PHOTOS BY EMERSON FACTOR LEONOR

Free your skin from dryness and sensitivity

“It’s about being proactive by effecting change in your skincare regimen,” said Patti as she described the campaign.

“When I feel good about my skin, I don’t have to wear makeup. It’s like being totally free in my own skin,” she added.

In my own case, there are days when I wish I had such flawless skin that also won’t need makeup. I’m sure there are lots of other women who hate dry, sensitive skin.

In fact, one in every two Filipino women suffer from this condition.

“This movement aims to nurture a community of smart women and honor them for becoming successful and an inspiration to others,” he said.

Patti and Team Physiogel then asked guests at the event to tweet and post on their Facebook accounts three women who have inspired them and #PayItForward.

A common skin problem like itchiness can make women feel insecure. Physiogel is said to be capable of boosting its users’ confidence.

But using Physiogel is not just for vanity. GSK medical director Dr. Bernadette Arcilla pointed out that having a good skincare regimen is beneficial to one’s health.

So, I tried Physiogel for a week to experience its benefits. Upon application, I didn’t feel the greasy thickness that some skin products have; Physiogel also has a nice fragrance.

What it did to me was make a pimple scar look lighter, matching my natural skin tone. Physiogel is specially formulated so that the ingredients are comparably similar to your skin’s naturally occurring lipids. Essentially, it repairs dehydrated skin.

Patti herself was convinced to try Physiogel through recommendations from her own family, because her dad uses it.

She has been using it for the past four months. “I start out with the Physiogel cleanser to wash my skin,” she said of her morning ritual. “Then I use Physiogel lotion.”

The skin is our protection from the elements. Pollution and climate change have made it more difficult for us to maintain the skin’s condition. Thus we need products like Physiogel to give back to skin the moisture and freshness it tends to lose, especially when living and working in the city.