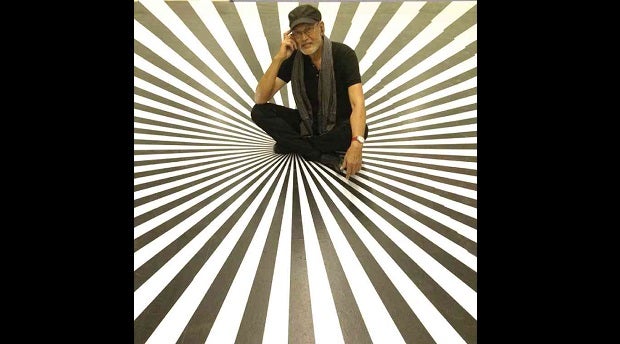 Visual arts mover Annie Sarthou called it serendipity. I happened to be near the place where National Artist (Visual Arts) BenCab was giving the soon-to-open Swatch + Swatch Center a once-over, at the invitation of Virgie Ramos.

The indefatigable marketing icon behind the Swatch brand in the Philippines had asked BenCab to drop by as workers put finishing touches on the lobby and second level of the Swatch Center in Makati.

I happened to be in the right place at the right time to listen to the ideas of the National Artist.

To celebrate the 25th year anniversary of Swatch in the Philippines, Ramos requested BenCab to design the commemorative limited-edition Swatch. BenCab did—inspired by “Sabel,” BenCab’s woman theme that has become one of the most indelible iconic figures of Philippine visual arts.

The release of BenCab’s Sabel Swatch is much anticipated. It will be timed with the formal opening of the Swatch Center on Nov. 4.

The lobby and the second floor will be inspired by BenCab’s Sabel Swatch—a fusion of the concepts brewing in the innovative minds of director Rowell Santiago, foremost production designer Gino Gonzales and BenCab himself.

We say “brewing” because the ideas kept on permutating and changing. Awaiting the final design of the venue is suspenseful.

It should be interesting how it is transformed not only into a Swatch tribute, but more so, into an imaginative showcase of Philippine contemporary culture on Nov. 4. It is noteworthy that Swatch + Swatch Center is the first such structure in the world, outside of Swatch’s home country, Switzerland. Thelma S. San Juan