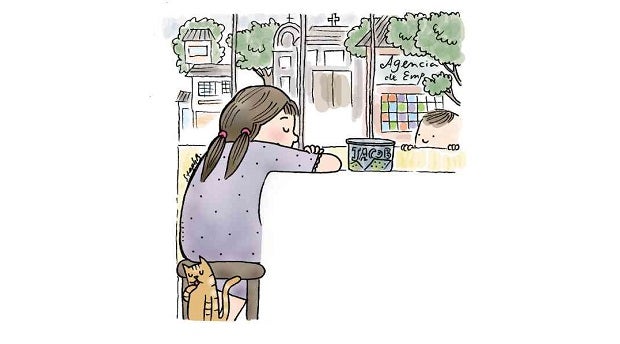 Once, on my way to the house of Pipang Quema-de los Reyes in San Juan for our weekly mahjong (our brain workout) session, I noticed the presence of many pawnshops on the major streets of that town. The words “Bahay Sanglaan” were sufficient to push my memory way, way back.

That was when I was a five-year-old child. Being my father’s pet, I was brought daily to his place of work, which was downstairs. At that time, we lived in a big house on Juan Luna Street in Binondo, a short distance from the plaza and the beautiful church of the Dominicans.

There were three pawnshops on our side of the street—those of Matute, Soloaga and Syquia. In front of ours was a big sign which read Agencia de Empeños de Vicente Angco Syquia. In parentheses, Bahay Sanglaan. Below this were three golden balls, equidistant to each other, and forming a sort of triangle—the pawnshop’s symbol.

On a typical Friday, at 8 a.m. sharp, Hilario, the driver-janitor-factotum, opens the heavy narra doors to signify that the day has begun.

Soon after, my father comes bounding down the stairs with me following closely behind him. He is immaculately dressed— white de hilo suit, starched white shirt and bow tie. That was his outfit day after day.

(Nobody wore T-shirts and jeans at that time. Maong was worn by stevedores at the Muelle de la Industria and the factory hands at the Tabacalera. We’re talking of 1928-29.)

I am in a printed cotton dress, a hankie pinned to the bodice. I wear my favorite zapatillas of red feluz and decorated with abalorio.

Papang gives me a Jacobs Soda Crackers tin can filled with copper coins and sits me on a bench close to the door. My feet dangle, they don’t touch the floor.

I look out at the street and, as expected, the beggars start filing past. They have come from the convent of the church and are now making the rounds of the pawnshops where, following tradition, money is given to them.

As they approach me, hands outstretched, I give one copper coin to a child and five to an adult. They are clean, their clothes are faded but darned. They are orderly, no pushing or shoving around—perhaps because they know each other from doing the rounds every Friday. In fact, there’s kidding and laughter.

A wrinkled hand, five centavos; a chubby hand, one centavo. Everyone says, “Salamat po (thank you)” and I reply, “Kaawaan ka ng Diyos (may God have mercy on you).”

By 9 o’clock, the can is almost empty and I wait for the last stragglers to come. When I run out of coins, I say, “Patawad po (sorry)” in order not to offend the person in front of me.

Duty done, I now look around. My father is behind the counter attending to a middle-age woman dressed in saya and kimona. She unties a big handkerchief and from there emerge three assorted rings.

Papang appraises them carefully, looking at the stones against the light. Then he puts them on his scales and weighs them.

All the while, the woman keeps folding and unfolding her hankie. Her eyes, full of apprehension, never leave my father’s face.

Finally, the rings are returned. “Sampu (10),” he says. (All transactions are in Tagalog, although when the employees speak to one another, Spanish is used. All documents are also in Spanish.)

A wave of disappointment crosses her face. Does she expect more, I wonder. “O, sige na ho (well, okay),” she replies. The papel de empeños is prepared. She goes to Mang Tacio, the cashier-treasurer, for her money.

In the meantime, the rings are dropped into an envelope, given to Mang Tacio to be placed in the steel vault for safekeeping.

When she receives her money, she wraps it in her hankie and pins it with a big safety pin on the underside of her bodice.

A young man breezes in, greeting everyone a pleasant good morning. When the clerk approaches him, he shows his papel and says in a loud voice, “Tutubusin ko na (I’m redeeming it now).”

Money is laid on the counter. Mang Tacio gives him an envelope, and after the man has assured himself that the earrings are the same ones he pawned three months ago, he leaves the shop whistling.

A pregnant girl carrying a basket shyly enters. She looks furtively around, a look of guilt on her face. (Is pawning a shameful act, I ask myself.) With a look of pain on her face, she hesitatingly removes her wedding ring and pushes it toward Papang.

Without even touching it or weighing it, my father says, “Dalawa (two).” For how long? One month. The transaction is completed. She leaves, her now bare hand clutching a two-peso bill.

A big Studebaker limousine stops and our good customer, the hacendero from Pampanga, alights. He carries an estuche full of expensive jewelry.

This is not an over-the-counter deal. He is ceremoniously brought upstairs to be attended to by my grandfather. I picture him being served ice-cold cajelada, hojaldres from Iloilo and rosquillos from Cebu. Talk of failed crops and poor business will prepare the way for the exchange of jewelry and cash.

We are awakened at 4 in the morning by loud knocks on the main door. Mang Tacio’s niece is inquiring about her uncle, who has not gone home that night. Even as she’s talking, my father is already galloping down the stairs, with me at his heels.

When we reach the side door of the shop, it is open. He rushes in and goes straight to the closet-like vault, which is partially ajar. When he pulls back the steel door, we are met by a horrible sight. Remembering me, he shouts, “La Nena, somebody bring her upstairs!”

But it’s too late. I see the wrists tied behind Mang Tacio’s back, the battered body, the broken skull and blood everywhere.

The day is a nightmare. Hilario has disappeared (inside job, the police concluded). Reporters badger us with questions and doctors are called in.

My grandfather suffers a stroke, becomes paralyzed and will remain thus for the rest of his life.

That night, I creep into my mother’s bed. But even with her arms around me, I can’t sleep. For the first time in my life, the cold fingers of fear clutch my heart.

The serpent has entered the Garden of Eden.

The author, 90, is a retired professor of the University of Santo Tomas.