Love, marriage and liberation in the time of arthritis | Inquirer Lifestyle ❮ ❯ 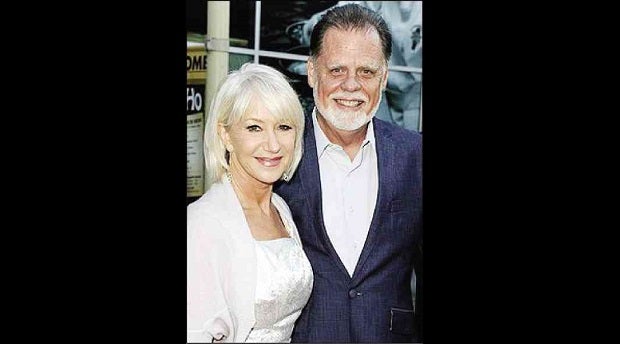 Love, marriage and liberation in the time of arthritis

I had to smile when I saw the joyful brouhaha made in the press over the marriage of 75-year-old lawyer King Rodrigo to 69-year-old actress Boots Anson-Roa. Similar goodwill and cheer met the press announcement of the engagement of actress Zsa Zsa Padilla and architect Conrad Onglao, both in their 50s. There was also much joy in the States last week when, after 15 years of widowhood, 57-year-old much-admired TV journalist Katie Couric married 51-year-old financier John Molner.

I suspect I was not alone in feeling warm and fuzzy over these love stories among people I had never met.

I couldn’t help but think how markedly different the reaction was to these “December-December” marriages as against May-December marriages, which are often met with suspicion and disapproval.

It’s good to realize that love and desire are still possible way past midlife, even after that first twinge of the arthritic knee, the aching back, the nights interrupted by overactive bladders, the fistful of pills that have become part of one’s daily diet and, worst of all, seeing those faint laugh lines turn into crevices.

Those annulled or widowed also find great comfort and relief when learning of older couples who have found and embraced love, even if the phrase “until death do us part” has become less of a phrase and more of a specter.

Although this has been much in the news lately, it is certainly nothing new, and among the more well-known late bloomers is feminist icon Gloria Steinem who, at age 66, married fellow activist, 61-year-old David Bale.

Although she had criticized the institution of marriage most of her life, she explained that “I didn’t change, marriage changed. We spent 30 years in the US changing marriage laws. If I had married when I was supposed to, I would have lost my name, my legal residence, my credit rating and many of my civil rights. That’s not true anymore.”

Acclaimed British actress Helen Mirren swore in many interviews that she would never marry, but finally relented in 1997, when at age 52, she wed 53-year-old American director Taylor Hackford, after having held out for 15 years.

In one of the more enduring relationships, British actress-activist Vanessa Redgrave and Italian actor Franco Nero met and fell in love in 1967 while filming “Camelot.” They had a son but separated several years after. Reconnecting in the ’90s, they married in 2006, she at 69 and he 65, in an unorthodox marriage ceremony.

In the noncelebrity category, the most eye-popping of these late-life weddings is of two former nuns, 55-year-old former member of the Carmelite Sisters of Charity, Filipino Erlinda Perlado, to 70-year-old former member of a US Catholic religious congregation, American Joan Martens. Their unlikely love story, which encompasses age, nationality, culture, gender and religion, was recently featured in the Sunday Inquirer Magazine.

Although these love stories are both heartwarming and hopeful, they are by no means the whole story. There is very much a flip side. The first hint of it was a statement attributed to Cory Aquino, some years after her husband’s murder, that “although the death of a husband is always tragic, it is also a form of liberation.”

This was the first time I had heard widowhood associated with liberation and it made my young ears perk up. Since then, it has been expressed often and in varying forms by annulled, divorced or widowed friends who, after a period of grief, relish their newfound emancipation and have neither desire nor need for yet another relationship. Instead, they use this time for travel, study, reestablishing past friendships, reawakening of some long-buried interest or even starting a business.

Been there, done that, prefer this.

One friend in her 60s confessed that since her annulment, she has become more self-assured, more confident and less timid about expressing herself. She has started “keeping company” with men (“dating” no longer applies at this age) and finds this the ideal situation.

“I do enjoy male company, but there are times when I’d rather be in bed with a slice of cheesecake than with a man,” she said.

American author Barbara Ehrenreich, when asked if she would remarry, replied, “I like living alone. I’d be happy to have some fella come over, as long as he was out by 9 p.m.”

The point is that no woman (or man) need fear getting old, or of even looking old as meaning the end of love, sex, marriage or companionship.

When one has been lucky enough to live into the sixth or seventh decade, there’s a confidence that results from having conquered adversities, from having survived what might have been feared as unsurvivable. Fear, for many the main driver of life decisions, recedes. And courage quietly slips into its place.

At a late age, it does take courage to take on a new marriage—or to turn it down in favor of independence and solitude. Either way, the blessing is having the choice. It’s a brave new world.