How to turn your clutter into cash | Lifestyle.INQ ❮ ❯ 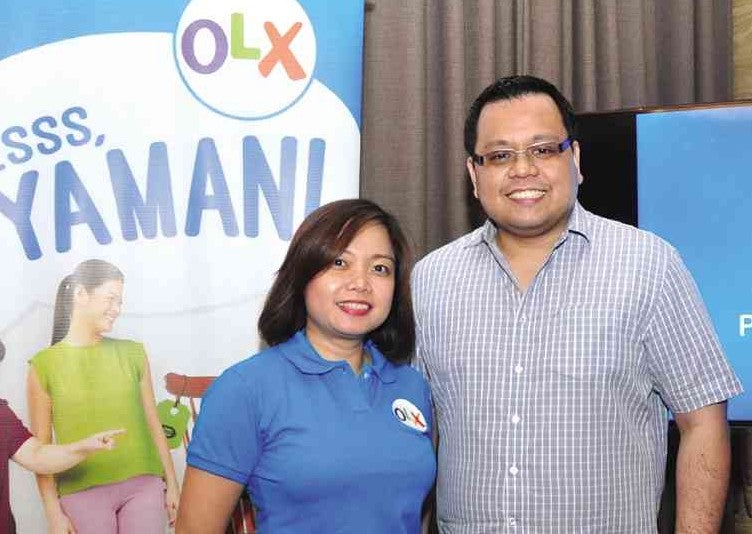 How to turn your clutter into cash

You may be sitting on a gold mine and not know it.

“[The numbers] validate the claim that one man’s trash is another man’s treasure,” said Me-Anne Bundalian, head of business development, sales and marketing of OLX Philippines.

The study was part of OLX Philippines’ “Yesss, Yaman!” campaign that seeks to inform Filipinos of the potential moneymaking items in their homes. It launched the Yaman Checklist function on its website that allows users to identify and calculate the estimated value of their secondhand items.

“We want Filipinos to become active in selling,” said RJ David, co-founder and managing director of OLX Philippines. “We believe in decluttering our houses. Selling secondhand items is something that can improve your life—magbawas ng kalat sa bahay para umunlad ang buhay.”

The convenience of online shopping has made the medium popular the past few years. But how safe is the system? How do you guard against scammers?

Or, if you’re a seller, how can you tell the buyer is the real deal and not someone out to steal your product?

David offers a simple solution: Demand a meet-up with the seller or buyer. See the actual item and test it for any defects. That’s why, he said, OLX Philippines’ product searches work.

“In our eight-year experience, meeting the seller or buyer face-to-face prevents scams 99.5 percent of the time. We are not pushing the idea of somebody residing in Metro Manila to buy an item in Davao City.”

But if buying an item in Cebu, for instance, is inevitable, never ever send money through couriers. Scammers can easily acquire fake IDs so they can collect your money. Instead, David stressed you must deposit the payment in a bank account. The bank always has authentic records in its database.

“We never had problems about products not being shipped after the buyer made a bank deposit,” David said. 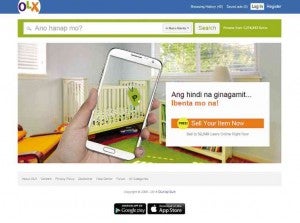 There’s also a feedback mechanism in the seller’s profile where buyers can check for reviews and rates. While this can also be fabricated, often larded with positive feedbacks by co-conspirators, David said OLX Philippines takes time to investigate reports of fake products on its site and take immediate action.

Bundalian added that in some cases, the buyers are the scammers. They ask for shipment of the item and never pay.

A typical private message from scammers—and this one has been copy-pasted by practically all of them—often goes like this: “Your selling price is OK with me. I want this for my late brother’s son as a surprise gift. And I want this to be sent directly to his location. I am willing to pay your asking price for the unit, and extra 4K for the shipping fee directly to him via shipping company like DHL and Airmail. So if you are OK with my offer get back to me right away. Bless.” 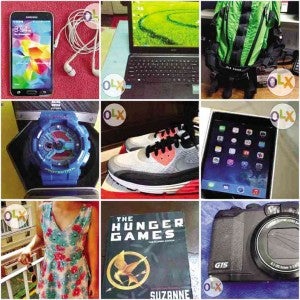 David said, “Our system can track scam messages. We believe our system is intelligent enough to screen even private messages. But we can’t control all. Buyers must also be aware of how these scams operate.”

The result of the change has led to a spike in online traffic. David said items sold from March to September more than doubled compared to the same period last year; while August to September this year saw 500,000 new entries for secondhand items compared to only 200,000 last year.

“Our goal is to create one million new sellers. Right now we have close to 600,000 new members,” he said.

OLX Philippines now has an app where you can buy and sell items directly from your mobile phone, available for both Android and iOS users.

Traffic to its site is 50 percent from mobile phones or tablets. He said that in two years, these will make up 90 percent of its traffic.

“We are targeting the moms and grandmothers. Just take a photo of the item from your mobile, put a title, price and a short description, and you’re done,” David said.

OLX is available in 45 countries. Visit www.olx.ph for more info, or download its app.