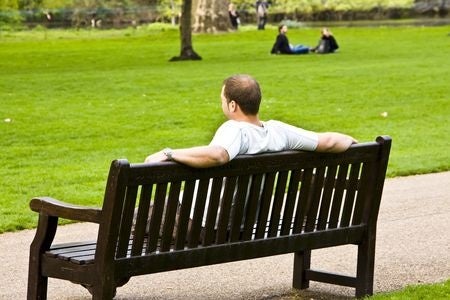 LONDON — Smoking should be banned in London parks and landmarks including Parliament Square and Trafalgar Square, a report by the London Health Commission said on Wednesday.

The report found that 1.2 million Londoners smoke — about 15 percent of the capital’s population — and that 67 of the city’s schoolchildren are taking up the habit every day.

“As a cancer surgeon working in the NHS (National Health Service), I see the terrible consequences for smokers and their families,” said the report’s author, Ara Darzi.

“We must do more to help people quit and discourage kids from taking it up,” said Darzi, who was presenting the report commissioned by London Mayor Boris Johnson.

The recommendations, which will form the basis for new legislation, were endorsed by former New York mayor Michael Bloomberg, who banned smoking in the city’s parks and beaches.

Britain banned smoking in workplaces, including bars, clubs and restaurants, in 2007.

The anti-smoking group ASH welcomed the report but Simon Clarke from the pro-smoking group Forest said a ban would be “outrageous.”

“If you don’t like the smell, walk away,” he said.

The “Better Health for London” report also called for fast food advertising to be banned near schools, public transport discounts for people who walk part of the way to work and more measures to reduce air pollution.

Smoking to be banned in English prisons – report