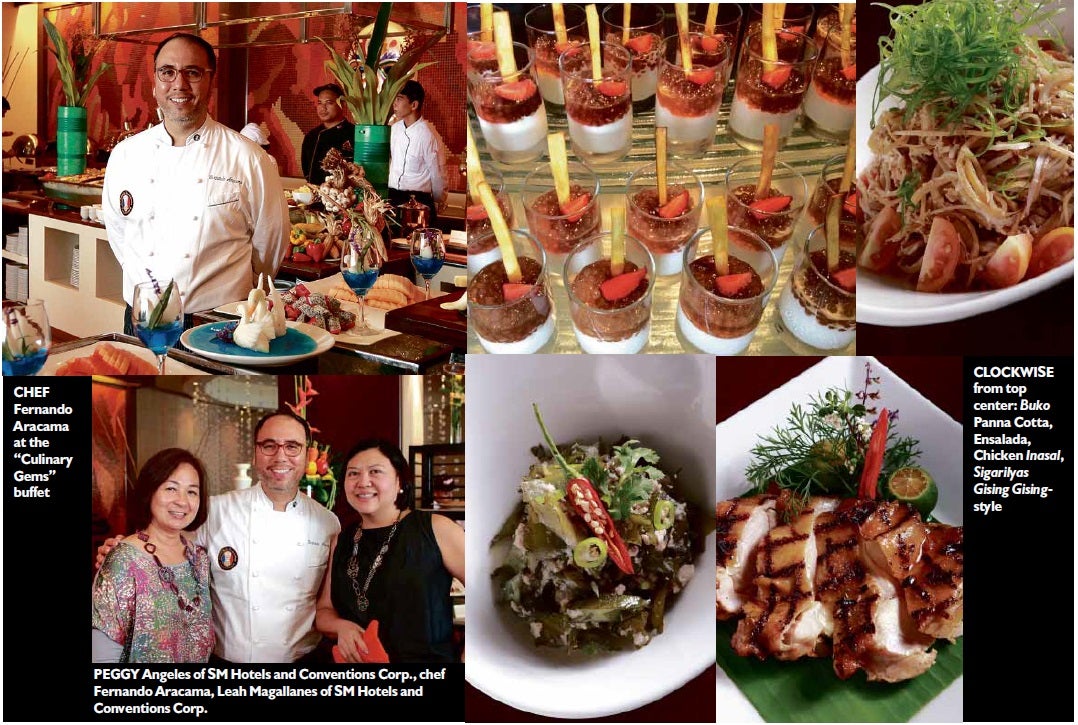 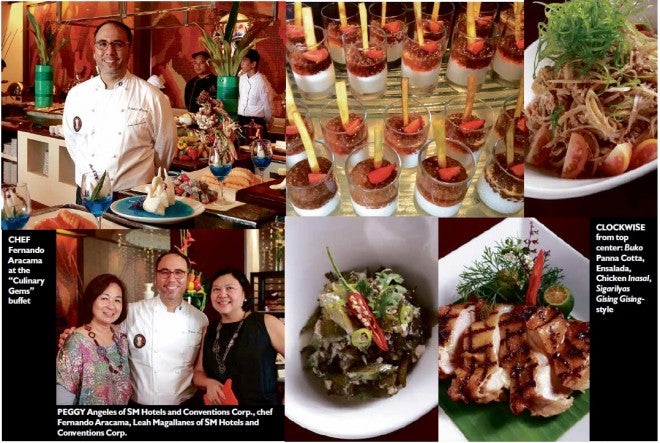 As part of its 75th anniversary, Taal Vista Hotel’s “Culinary Gems: A Festival of Filipino Flavors Buffet,” is ongoing on select weekends till Nov. 23 at its Café Veranda.

The hotel has invited celebrity chefs to interpret Filipino cuisine.

Fernando Aracama, who hails from Negros Occidental, was first in line, paying tribute to his Ilonggo roots with Pancit Molo, Chicken Inasal and Crispy Ubod Lumpia.

The chef took time out for a chat with Inquirer Lifestyle:

How did you come up with your menu for “Culinary Gems?”

It’s a tribute to the food that my mom would make. I grew up in Bacolod and San Carlos City. Although I was educated abroad, I still find myself doing things the way it was done at home… that level of comfort and warmth. I wanted to serve food that I would make and eat at home. These dishes have a story…

Tell us about the Porchetta Negrense.

My favorite part of the lechon is the belly where the marinade is—the yummy umami saltiness, the garlic, green onions, lemongrass and the fat. So I recreated my lechon na puro belly lang…

We practiced the process of cooking my Porchetta Negrense many times at my restaurant (Aracama in The Fort Strip, Bonifacio Global City). We deboned the entire side of the pork belly, and then stuffed it with lemongrass, red onions, green onions and lots of garlic. We used batuan, a sour fruit indigenous in Western Visayas, our version of tamarind. And then we put sea salt.

One secret is we also used a lot of dried pepper flakes—mechanically ground dried red siling labuyo. So the lechon has a nice heat na hindi naman overpowering, just enough to balance the taste.

After marinating it overnight, we tied up the lechon belly onto a log, and then roasted it for about six hours.

What about the Chocnut ice cream?

I started it in 1999 at Uva, my first restaurant on Tomas Morato, Quezon City. In my youth, I would freeze a Chocnut bar first before eating it. And then I thought, why don’t I make this into ice cream?

It’s what I called a superstar sari-sari store treat. The idea is about being playful, not to be too serious about things, a childlike imagination… because in my craft you will sometimes get jaded… So I think it’s important to know that part of your childhood na kaya mong balikan.

When people eat my Chocnut ice cream, I want them to remember happy feelings and good times.

Call chef Fernando Aracama at tel. 5196815. Log on to aracamamanila.com.