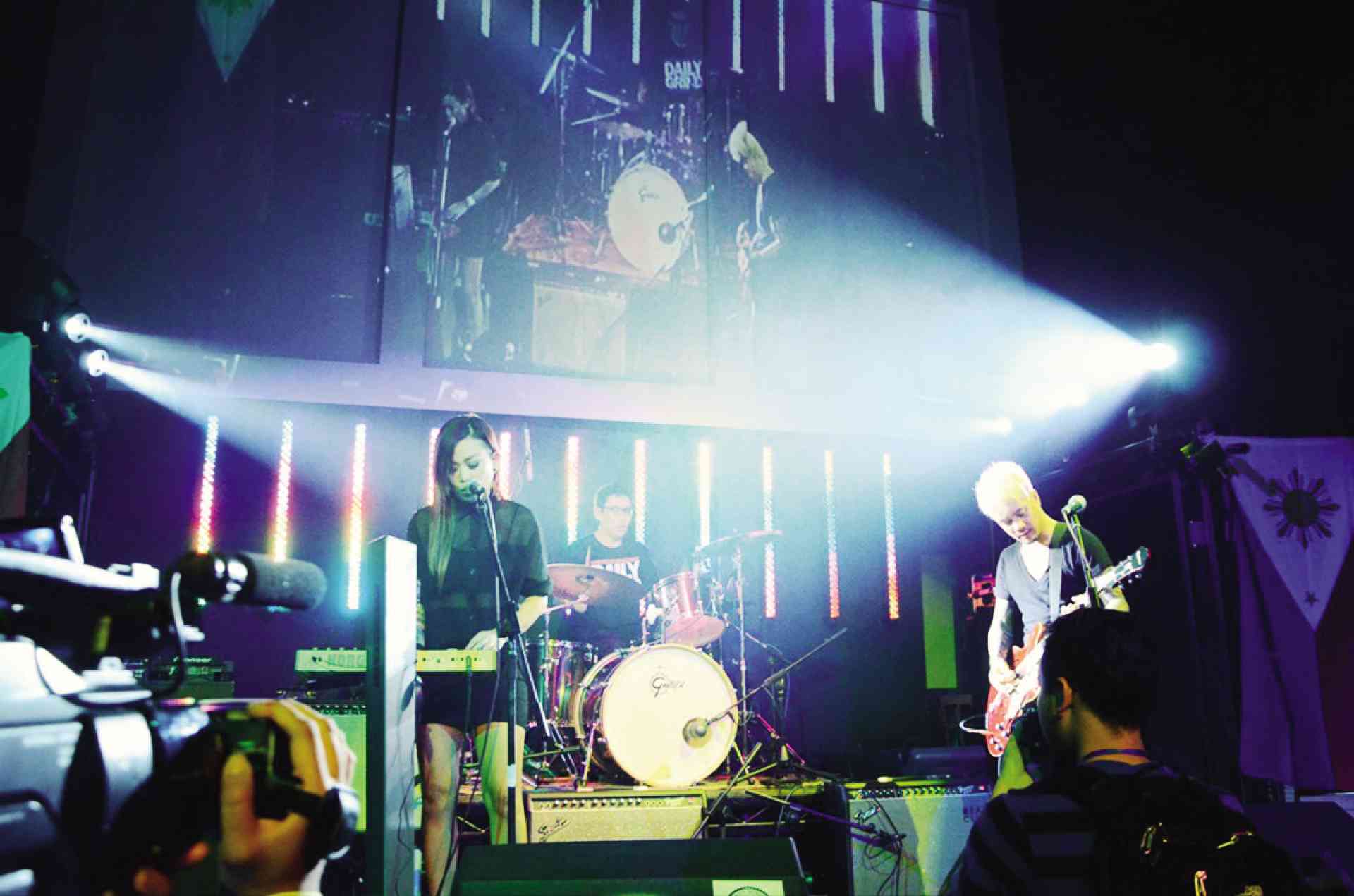 England’s music scene is intense and rampantly diverse. But for a couple of nights, Filipinos played their own rock ‘n’ roll behind a British backdrop. Twice.

As part of the recently concluded “P Fest UK” concert series, my band Top Junk performed with the likes of Sandwich, Yano, Pedicab, Kate Torralba, Squid 9 and The Diegos.

It’s intriguing to note that Raimund Marasigan is a member of three of the aforementioned bands and that the event was made possible through his ties with the organizers that mounted the historic Eraserheads reunion gigs in London earlier this year.

Fulfilling a lifelong fascination with Great Britain through a 16-hour flight watching some five movies through an iPad (which is now standard for in-flight entertainment), we sliced

There was a lot of banter, everyone slipping into a British accent without much effort. We most certainly had tea with the guv-na and it was bloody brilliant.

Exploring London’s attractions, we found ourselves in a city grounded in history and culture. There were contrasting diversions; from bargains to museums to retro clothing and ethnic eats, the itinerary could’ve gone on and on.

We strolled through Soho, the Borough Market, Brick Lane, Shoreditch and Camden, to name a few. We hunted for vinyl records and musical gear. With more than 40,000 shops and 80 markets, London was extensive and exhausting; we soldiered on and planned our days like shrewd tacticians through social media and virtual feeds.

We recalled each other’s thrills over an English breakfast of muffins, scones and more bread.

Playing for our kababayan, we rocked as best as we could, powered by lechon for lunch and energized by the crowd’s warm reception.

After the gigs, we had a week to go around north of the UK, soaking in the sights of Scotland, hopping on trains bound for Glasgow and Edinburgh.

We found ourselves heeding a mythic, freshwater monster’s call as we flew north of the Scottish Islands into the mouth of River Ness, which in Gaelic words was how the city of Inverness got its name.

We headed out to Loch Ness, hoping to find the elusive giant; instead we were led to the ruins of the medieval Urquhart Castle.

Back in London, we hunted what’s left of a few Banksy pieces, being fans of graffiti art, documenting what we could find before they get buffed or destroyed at any moment’s notice.

Continuing our tour of the city, we slipped into comfy trainers to walk as far as we could, knowing that all these would end in a couple of days.

There were countless points of interest in this British capital, a real melting pot of the world’s races, dreams and traditions.

But its most engaging attractions are the people. We love London and would surely love to be back whenever possible.